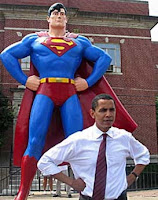 There’s now been a century’s worth of annual winners of this prize. How many among them made a real difference in World Peace? Many of them were great humanitarians. Many of them did lots of good deeds. But in settling the wars of the century, in preventing wars, how many of these winners ever did anything major?

1) Franklin D. Roosevelt. He could have got it. In those darkest days of World War II, he could have announced that he was making peace with Hitler. H would have demanded a lot, but as long as FDR wanted to give him whatever he wanted, he could have got a peace treaty. Instead, he declared that the only peace he would accept with the Nazis was Unconditional Surrender. Warlike, true. But consider how much less peaceful the world would now be if the Nazis remained a major power in it.

2) Dwight Eisenhower. He ended the Korean War but that act precluded him from winning the Nobel Peace Prize. First, he got tough with the Communists. Told the Chinese that if they did not get serious about peace, he would start bombing them. Then, he accepted a truce (instead of a formal peace agreement). The U.S. army is there to this very day. But he stopped the fighting.

1) Mahtti Ahtisaari of Finland. What did he accomplish? His Wiki bio lists offices and awards, but what did he ever actually accomplish with any of them? He was the U.N. negotiaton on the Kosovo peace talks which failed. That’s the noteworthy achievement.

2) Al Gore for his climate change work. Let’s assume Gore is correct on every particular. Give him a Nobel Ecomomics Prize or even a Nobel Other Prize, but this work’s relation to settling or preventing any war is tangental at best.

3) Grameen Bank is a banker who pioneered new banking methods for poor people. Give him an Economics Prize.

I could go on. Great humanitarians, great deditcate people but very few really made a direct contribution to World Peace.

And this is my problem with the World Peace Prize. Only those who act on the edges of the issue can get it. They’re like the mechanics at the Service Centers who sit at their desks or wander the floor but who never crawl under the car and get their hands dirty. Those who actually step into the gunk and are willing (and able!) to get their hands dirty with the real decisions of War and Peace do not get awarded the Nobel Peace Prize.

I propose a Nobel Humanitarian Prize. That would be far more descriptive of what those dedicated individuals really did.