I rarely do this… OK, I never do this, but there’s a first time for everything.  I’m going to recycle a post.  This one is from 2010, and the reason I’m reposting it is because of something painful I read last week saying: Study: American Kids Lack Entrepreneurial Spirit.  That’s like a dagger to the heart to someone who knows a bit of history and understands that the American free market has driven more prosperity and pulled more people out of poverty than any system ever in human history.  The loss of American entrepreneurial spirit for the world would be like the sun running out of hydrogen.  It won’t implode immediately, but for freedom and prosperity, the end is nigh.  Well, here’s my pinprick of an attempt to maybe ignite a bit of entrepreneurial spirit in someone, somewhere… Some of the references may be dated (Like Groupon, which was a big deal back in 2010) but the point remains the valid.

One last note, for the budding entrepreneur out there or for the mature one, there may be no better present in the world than Harold Evan’s “They Made America; From the Steam Engine to the Search Engine“.  It’s nothing short of brilliant.

My wife is from France. In the four years we were on opposite sides of the ocean before we got married I had the good fortune to be able to visit the country a number of times. Much of that time I was working at Outback Steakhouse and always envisioned opening a unit in Paris. (I know, for most people that’s epicurean heresy, but consider the source… my favorite food is McDonalds and M&Ms…) Nonetheless, at Outback the fundamental idea was that we would prepare your food any way you wanted. You could have your salad dressing on the side, your Bloomin’ Onion cooked with flour, or you could have your steak extra well done. Whatever it was, we wanted you to be happy with your meal. When I mentioned the idea to my wife she said it would never fly because the idea of the customer being in charge of anything in France is largely unheard of, particularly as it relates to restaurants. Basically the rule is: Chef’s are trained to know what works with food so you basically get what they give you and you like it.

Not long after that I had another idea that equally befuddled her. Licensed apparel is a multi billion dollar business in the United States and around the world – think NY Yankee hats or Manchester United shirts. One of the biggest sectors of that 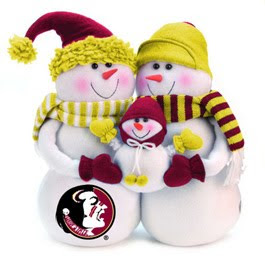 industry here in the US is NCAA (college) licensed apparel. One day I suggested we think about going into the licensed apparel business and sell shirts, hats etc. for French colleges. She was puzzled. “Why would anyone want to buy a shirt with their college’s name on it?” I tried to explain the whole college rivalry, pride in your school deal to her and it just wasn’t clicking. She told me that such a business would likely not find a market in France because there is largely no such thing as school sports & spirit and French people would never understand the point. (The University of Paris tee shirts that are sold throughout the city are for tourists.) For the French, going to college is expected to be four years of focus and study with very little extracurricular activity of any sort, organized or otherwise. Simply put, it’s all work and very little fun and who wants to wear a shirt reminding them of that?

I thought about these two episodes recently when I saw a car with some reindeer antlers sticking up out of the door of a passing car. In a moment the subject of this column came to me: The beauty of America is the fact that anything and 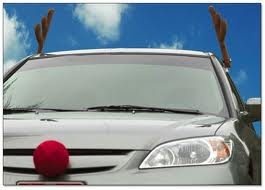 everything is possible here. When you peel back everything else, America is a place of possibilities. Americans by their very nature are a rebellious sort. From breaking with King George to Manifest Destiny to heading to the moon, America has always been a place where big things can and do happen. More importantly however, it’s also a place where everyday, seemingly inconsequential things can happen. What I mean by that is that it is not only the politician, the successful businessman or the wealthy heiress who can set out to pursue some grand design… it’s also the guy next door, the guy at the coffee shop or the guy you knew in 3rd grade who can do something that changes the world, or maybe just his little corner of it.

America is a place where people feel that if they can imagine it, they can make it come true. Although that doesn’t always lead to success, the aggregate impact of all that creativity on the country is tremendous. Think about how many things that you know of that are so fundamentally unimportant from the perspective of surviving in this world but impacted the lives of the people who invented them or used them. Silly Bandz. The Snuggie. College apparel. A dozen flavors of Coke. Personalized M&Ms. Car wrap advertising. Pet manicures. Cheesehead hats. QVC. Having it your way at Burger King. McMansions. The antlers are the perfect example. They’re utterly frivolous, but they let people express the fun side of Christmas and maybe make others smile as well. Not earth changing but certainly a net positive, particularly for whoever created and sells them.

The list goes on and on. And this is not an exercise in navel gazing. Just the opposite actually. It’s recognizing and appreciating the fact that America is a truly unique place and Americans are a unique people. Not because they any better or worse than anyone else, but because they have largely bought into the notion that in America anybody can have an idea and do something with it – although regrettably the system is increasingly suffocating the pervasiveness of that notion. Nonetheless, America has prospered – and much of the rest of the world has benefited – by Americans bounding forth from the darkness to invent things for which there was no demand, to do things that few might have thought possible or necessary and alas, to even stumble more often than not.

Many things that Americans come up with are indeed frivolous, but that’s really the beauty of the country. Just as failure is the foundation upon which success is built, a culture that tolerates and even extols the frivolous fertilizes the garden from which the consequential emerges. For example, while media giants have spent (and continue to spend) billions of dollars trying to figure out how to connect with Americans, something that started out as a way to meet and rate girls has actually accomplished it: Facebook. Yellow Page publishers have lost billions of dollars over the last five years because they can’t seem to figure out how to impact consumer behavior while a company built on the ashes of a website that helped people protest has managed to rapidly impact how and when millions of consumers spend their money: Groupon.

Whether it’s having your steak cooked exactly the way you want, sporting your schools’ mascot on the seat of your pants, or volunteering with Habitat for Humanity, America is more than anything a place where people feel like they are more than just cogs in a machine. They feel like they have the power to make their lives better and impact the world around them. Fundamentally, they are empowered to do things… frivolous or otherwise. That’s real freedom… the ability to decide what you want to make of your life and the opportunity to go out and do it, or even die trying. It’s not the destination that makes life worth living, it’s the journey. The journey in America may be cluttered with kitsch and failed ideas, but it is the dynamic energy fostered by freedom that has created so much of substance and so much abundance. As the year ends and politics takes a back seat to friends and family, we should remember and be thankful for that freedom which we so often take for granted.

Fox News' Gutfeld: Chauvin Verdict Was Extortion by the Left-Wing Mob
Townhall
Norfolk Police Department fires officer who was outed for donating $25 to defense fund for Kyle Rittenhouse
Twitchy
WARNING: Bodycam Video of Columbus Police Officer Shows Shots Fired To Prevent Stabbing of Another Person
Redstate
New Dispatch From The Brady White Files: Why Risk Your Life if You're A Cop?
PJ Media