Why I May Pull the Lever For Trump: Shooting Oneself in the Head vs. in the Foot

I can’t stand Donald Trump. Like many others I’ve been long aware of him since he first splashed his way onto the national stage as a self proclaimed real estate genius. It was, frankly, pretty entertaining to watch him showcase government dysfunction in the Wollman Rink affair and I found myself visiting the glitzy Taj Mahal when it first opened after years in the news. I even applied to be on the second season of The Apprentice. In other words, I was aware of Donald Trump to the degree I was aware of any celebrity in our celebrity driven culture and took a mild interest in stories or events that caught my eye.

After a year of Trump being on the campaign trail however, I feel like I know him a lot more than I used to… and I like him a lot less! Why? Because previously he was some distant arrogant rich guy who was crowing about crossing home but tried to pretend he wasn’t born on third base. But there are lots of guys like that and other than taking $20 bucks or so from me at his casino, I had little reason to have a real opinion about him one way or another.

That all changed when he threw his ring in the hat for president. At first I was glad he had stepped in, particularly with the issue that I think is probably the single most important facing the Republic right now… the unfettered immigration of people from dysfunctional third world disasters. I was glad he put the issue on the map but had little thought that he might actually get the nomination.

As his competitors fell to the side one by one however, I started to pay closer attention, and I didn’t like much of what I saw or read. Donald Trump is a crony capitalist. Donald Trump is duplicitous. Donald Trump has anti-freedom, fascist tendencies. Donald Trump has little use for free markets, indeed he’s a protectionist – and don’t forget, protectionism turned a mild recession into the Great Depression. In other words, Donald Trump stands for pretty much everything I don’t, what’s more, he stands against most of the things I stand for and care about. So, how in the world could I possibly even remotely consider voting for him? 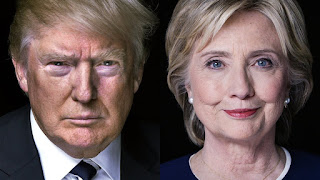 I may dislike and, frankly, fear Donald Trump, but not as much as I abhor virtually every single thing Barack Obama has done since he entered the White House, and I expect Hillary Clinton to be exactly like him, only worse, if that’s even remotely possible. For eight years the country has been wrecked with racial animus due to Barack Obama’s constant race baiting. For eight years we’ve seen the government insert itself into everything from where companies must hire employees, to what the demographics of your neighborhood must be to when a man is a man and when you have to let him pee in the stall next to your daughter. We’ve seen government literally steal companies out from under the real owners, we’ve seen government use the banking system to put law abiding companies out of business, we’ve seen government decide they can dictate virtually everything that has to do with the Internet while at the same time deciding dictators around the world could better run it than Americans have. In eight years we’ve seen the economy and prosperity wither, we’ve seen regulations strangle businesses big and small and we’ve added more debt than in the previous two centuries. And that’s just domestic policy…

On the foreign policy front, we’ve careened from one disaster to another, from prematurely exiting Iraq and laying the foundation for ISIS to capitulating to the Chinese in the South China Sea to essentially handing the Iranians $150 billion and the keys to nuclear weapons. From Egypt to Russia to Cuba we have embraced tyrants while in Iran and Honduras we rebuffed those advocating freedom. We’ve thrown allies like Israel, Poland and the UK under the bus. The world was certainly challenging under George Bush, under Barack Obama it’s become an abject disaster.

Donald Trump may not appoint a clone of Scalia to replace Scalia, but I expect he’s not going to appoint another Ginsberg, Sotomayor, or Breyer. He may be a crony capitalist, but he’s unlikely to use regulation to try and strangle the energy companies, farms and gun manufacturers – the latter particularly after the NRA just endorsed him. Hey may have isolationist tendencies, but he at least professes the need to restore a military that Barack Obama gutted back to WWI levels. He may backtrack on his promise to build a wall along the southern border, but at a minimum one would imagine he’ll rescind the open invitation Barack Obama has sent to the third world. He’s every bit as arrogant at Barack Obama, but at least he recognizes the United States is a positive influence in the world and won’t betray her every time he walks onto the international stage.

I have no illusion that a Donald Trump presidency will be anything remotely close to what we need right now… i.e. a president who reins in government and restores free markets and liberty. No, my only hope with pulling a lever for Donald Trump would be to slow the advance of liberalism sufficiently that conservatives can figure out how to make a stand outside of the treacherous Republican Party. That may be a pipe dream and the liberal steamrolling of American values and the Constitution may continue, but with Trump in the Oval Office and advisors who used to be considered conservatives, it’s possible that the crush will be slowed to such a degree that the country doesn’t devolve into revolution and can be pulled back from the brink.

I’m not, frankly, optimistic, but in a country where voters have seen fit to put Donald Trump and Hillary Clinton at the top of their respective tickets, who would be? It’s sad, but for me it’s the difference between shooting yourself in the head vs. shooting yourself in the foot. One will certainly kill you, the other probably won’t. It could if left unattended, but if treated properly it’s possible to fully recover and maybe even go on to run again.