The ISIS attacks on civilians in Paris and the attacks on common sense across the country are two sides of the same coin.

At Mizzou, Yale and Amherst, protesters, (as well as liberals everywhere across the country, including the BLM movement) you are expected to understand their feelings of offense, recognize their “plight” and appreciate how difficult their lives are. Essentially you must believe them when they tell you the world is unfair for everyone other than straight white males. If you don’t agree they probably won’t try and kill you, but they will seek to kill your livelihood.

Both groups have their rules about what you can and can’t do and say. For the former it’s be Christian, be gay, drive a car if you’re a woman, be a girl in school, punish your rapist if you’re a woman or express a view that doesn’t comport with their interpretation of the Koran.

For the latter it’s pointing out that exponentially more black men die at the hands of other black men than white cops every year, support colorblind college admission standards, try police misconduct trials in a courtroom rather than the media, suggest women and men are indeed different with different abilities or that college students might be slightly over sensitive when it comes to being offended. 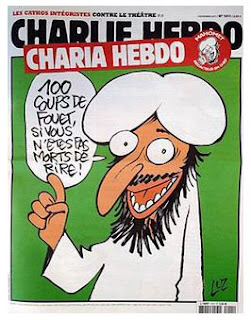 Neither group believes in the notion of free speech. Across the Muslim world one sees journalists and bloggers killed for the crime of speaking out against terrorism while in the west you have the Charlie Hebdo attacks, the murder of Theo Van Gogh and the fatwa on Ayaan Hirsi Ali among others.

At the same time, here in the US on the rare occasions conservative speakers make it to the podium on a college campus, they are usually shouted down; counter intuitive “free speech zones” greatly limit a speaker’s ability to be heard; and memorializing the victims of 9-11 is somehow racist. And when there aren’t enough actual incidents of racism or sexism or this or that ism, they must be contrived…

At the end of the day, Paris, Mizzou, and bakers being bankrupted for not participating in a gay wedding are all about one thing… intolerance. Your ideas don’t matter. Your freedom doesn’t matter. Your life or livelihood doesn’t matter. The only thing that matters is that you understand our “pain” and agree with our ideas and bend to our will. If not, we will strike.

One might bristle at the notion of equating the terror in Paris with the “crybullies” on the left, but the parallel is appropriate. Terror is not an ideology, but a tactic, just as hunger strikes and temper tantrums by football players and other “aggrieved” groups are. In both cases the goal is the same: silence dissent, quash freedom, and coerce obedience. Whether it’s a threat to life and limb or a threat to the order of civilized society, both the demands and the actors should be rejected. The actors of the former should be hunted down and killed while the actors in the latter should be ignored, ostracized and in the case of students who think they have a right to interfere with the education of others, they should simply be expelled.

The poorly named “War on Terror” is a war we have no choice but to engage in and win.  We didn’t start it, but we must win it in order for our civilization to survive.

The protest war of aggrieved crybullies on the other hand is one that we win by not engaging in. Like a child that bumps his knee, the attention is what propagates the wailing. Ignore him and his attention goes elsewhere. So too with the crybullies. Ignore them and their insipid demands and eventually they will have to start focusing on things of consequence such as getting a real education and learning to be productive members of society.