Sometimes in life there are things that are so obvious that when others don’t see it you’re left scratching your head wondering if you are living in a Twilight Zone episode. Such was the case when I read a headline last week: Detroit Public Schools: 93% Not Proficient in Reading; 96% Not Proficient in Math.

Somehow the Detroit government schools, despite spending $1.2 billion a year – equating to $18,000 per year per student – were able to succeed in teaching reading only 7% of the time and math only 4% of the time. That is a failure rate of 93% and 96%. That reminded me of something I read a few years ago stating that 47% of Detroit’s population was illiterate. Now that statistic makes perfect sense.

How is it remotely possible that so much failure could continue year after year, decade after decade? (Could it be Zombies?) Frankly, it forces one to ask a fundamental question… Most certainly a society needs an educated workforce in order to prosper, particularly in a world of rapidly increasing technology, but must government be the one in charge of the education?  And for black and Hispanic parents, the children of whom are largely the ones being steamrolled by the failing government schools, it makes you wonder why they keep pulling the lever for the Democrats who have been destroying education for 50 years.  And that doesn’t even include the damage being done by Common Core!

Given that the Detroit government schools succeed less than 5% of the time, what might happen if… rather than spending $18,000 per student to support an administration heavy bureaucracy (15,000 staff vs. 3,300 teachers) the city simply gave parents a check of $18,000 per student? Then let the parents spend the money however they want and let Darwin’s law decide the rest. It would be virtually impossible for even the most incompetent  parents left to their own devices to fail as badly as the Detroit government schools have.

Or perhaps the city could simply sell the entire school system, much like cities across the country have sold contracts to provide other public services, everything from parking meters to trash collection to water to the issuance of business licenses. Even the most inept businessman would likely succeed more often than 5% of the time. And there are for profit and non profit school operators across the country, from Kipp Academy to Harlem Academy to a plethora of online operators. Whether private or charter or Catholic, virtually every alternative to traditional public schools outperforms those government schools operating in their same communities.

And it’s not like wholesale change hasn’t ever happened. After Hurricane Katrina flooded New Orleans a decade ago the city handed over management of 80% of the schools to charters, and not so surprisingly student test scores doubled. 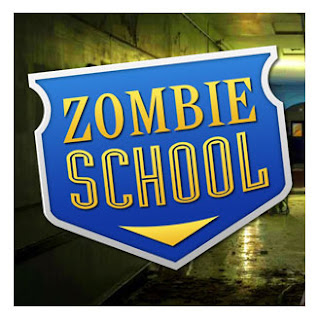 But of course none of that will likely ever happen, because there are too many union jobs to protect and too many government regulators seeking to keep their power. Any parent, any businessman, any non government organization would be loathe to continue to fund a program that fails 95% of the time, but unions and government apparatchiks don’t actually care about educating children. In the Twilight Zone Zombie Education Apocalypse the machine must keep churning, regardless of the cost or consequence.  There are simply too many union jobs and too much government power at stake to risk losing them just so kids can learn to read and write and have a chance to go on to achieve success in life.  Pffffttt.

Keep that in mind the next time you hear union brownshirts clamoring for more government money “For the children”.