Why Culture Matters: The Natural State of Man is One of Poverty, Scarcity and Conflict

One of my favorite teachers in high school was Mr. Kelly. Ostensibly he was a reading teacher, but his interests were far more inclined towards history and cultures. We once got into a discussion about the great cultures throughout history. The obvious names came up… the Greeks, the Egyptians, the Romans, Aztecs, ancient China etc. Then he asked the question about what determines a great culture. My answer was something like: “A great culture leaves something tangible behind.” My reasoning was simply that whether the Parthenon, the Coliseum, various pyramids or the Great Wall of China, all of these cultures left tangible representations of their greatness. Mr. Kelly then posited that maybe that was the wrong measure. Maybe instead we should measure a culture’s greatness by the vibrancy of life enjoyed by its people during its heyday. In particular he mentioned two cultures in western Africa who left nary a trace of their existence, but apparently had a vibrant society centuries ago. He suggested that it was possible that they were every bit as great as the cultures as those we usually mention when discussing history. I was skeptical but it was an interesting discussion. 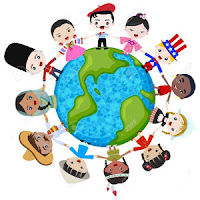 Sadly, after 30 years I don’t remember the cultures he mentioned. But I do remember the question itself of how we go about measuring great cultures. That question is very much relevant today. Since then I can’t remember how many times I’ve heard various professors or pundits or pontificators suggest something like “All cultures are equal and deserve the same level of respect”. I’m as skeptical about that today as when I first heard it. Yesterday’s New York Times provided a perfect example of that exact thing. In it was a story titled: U.S. Soldiers Told to Ignore Sexual Abuse of Boys by Afghan Allies. The various Marines and soldiers who became aware of the abuse were told by higher ups that they could not intervene because it was “their culture”. Indeed, a number of American servicemembers who took steps to stop the rampant pederasty were disciplined and even kicked out of the military.

Today we find ourselves in a situation where the West, home to the greatest accomplishments of mankind, are under siege by “migrants” from cultures and nations that are abject failures. The West in general, and the United States in particular, are the home of the greatest advances in human history – or in some cases harnessing innovations from elsewhere: Computers. Man on the moon. Mapping of the Human Genome. Flight. Nuclear power. The Mechanical Reaper. Air conditioning. The automobile. Plastic. Electricity. Add to those things that are essential to Western, or at least American culture: Representative government. Limited government. The outlawing of slavery. Freedom of speech and the press. Freedom of worship. Individual rights. Private property. Together these things have allowed the West to create nations where more people have enjoyed more prosperity, more freedom, and longer lives than any people in history.

Prosperity, freedom and longevity may not be the best measures of a culture’s greatness, but they are probably pretty close. Of course that doesn’t mean that either the United State or the West are perfect. They are not, not by a long shot. But for all of their failures they are by and large exponentially better places to live than the rest of the world.

It’s thus strange then that many of the beneficiaries of these advanced cultures seek to diminish them and draw an equivalency with other cultures, regardless of the reality. In much of the Muslim world women are 2nd class citizens… at best. Homosexuals are murdered. The freedoms of speech or the press or religion are virtually nonexistent. Most of the population lives in poverty, or not far above it. And of course there is the near constant threat of terrorism or war, as more than half of the ongoing conflicts on the planet involve Muslims.

Then there is Mexico and Latin America where the economies are in constant turmoil, where corruption is a way of life, where governments know few if any limits and where drug cartels reign supreme via bribes and brutality.

None of those things create a foundation for prosperity or freedom or longevity. But somehow not only are Americans and Westerners supposed to respect these dystopian cultures as equals, at the same time we are supposed to welcome the masses escaping them into our communities. It would be one thing if the vast majority of these “migrants” were seeking to assimilate into their new locales and contribute to their prosperity. They’re not. In Europe Muslims are seeking to apply “sharia law” in enclaves across the continent – UK – France and trying to bend the locals to their mores… including outlawing Octoberfest in Germany!.  Ninety percent of Middle Eastern “refugees” are on food stamps and “Asian” rape gangs proliferate, seemingly without fear. In the United States illegal immigrants receive government assistance at twice the rate of the native population while in some places they are responsible for over 1/3 of the murders and other violent crimes.

Unfortunately, the subject of culture is no longer simply an academic question to be discussed in Social Studies class. Today the question implies real world consequences such as poverty and death. While Muslim or African or Hispanic cultures may have positive aspects about them, and may have been great at one time long ago in history, today they are largely dysfunctional and often abject failures where the citizenry suffer great calamity both economic and physical.

Liberals in the west would have us eliminate all borders and welcome in anyone who might want to escape their failed states as we are assured that “diversity” is the key to the West thriving. As usual, they are wrong. The Judeo Christian foundations of the West, the march of limited government begun with the Magna Carta, the individual freedoms hammered out in the US Constitution are all elements of a culture that has laid the foundation for the success the West currently enjoys. While adding various elements of far less successful cultures may make liberal elites swoon, it doesn’t do much for the society as a whole, and in terms of jobs, education and quality of life it usually has a decidedly negative impact on those at the bottom of the economic spectrum… but not so much for the elites behind their walled gardens.

As this is America and liberals see racism and hate around every corner, I’ll state that this is not some clarion call for a whitebread America or West. On the contrary. It matters not whether someone’s hue is that of milk or oil. It’s the culture that matters, not the skin. Charles Napier, the British Army’s Commander-in-Chief in India in the 19th century understood this. When confronted by Hindu priests angry at the Brits prohibiting Sati – the custom of burning a widow alive on the funeral pyre of her husband – he said this:

“Be it so. This burning of widows is your custom; prepare the funeral pile. But my nation has also a custom. When men burn women alive we hang them, and confiscate all their property. My carpenters shall therefore erect gibbets on which to hang all concerned when the widow is consumed. Let us all act according to national customs.”

Can anyone imagine a General in Barack Obama’s Army saying something similar and keeping his job?

Customs matter. Culture matters. The natural state of man is one of poverty, scarcity and conflict. The West has greatly succeeded in diminishing all three. Western culture is indeed imperfect and leaves much room for improvement, but there’s a difference between introspection and cultural suicide. Western elites don’t seem to know the difference. Maybe they should be forced to endure life in some of those failed states before they are allowed to diversify our culture out of existence.