I’ve never quite gotten the cult of Che Guevara. Colleges across the country are crisscrossed with students wearing Che tee shirts and dorm rooms are decorated with Che posters. Sometimes if you ask the student wearing a Che shirt about him you’ll get a leftist screed worthy of Matt Damon’s bar scene in Good Will Hunting. They’ll talk about his “affinity for the poor”, that he was a doctor, and the fact that he fought against the American Imperialists and “Capitalist octopuses” who were abusing and exploiting the population of South America. Most of the time however they will simply say nonsensical things like “he fought for the oppressed” or he was a “man of the people”. 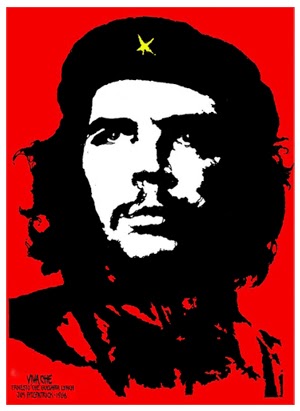 Most people wearing Che shirts or sleeping under Che posters know nothing about Che Guevara but they know that he was larger than life and somehow being associated with him makes them cool.

Such is the nature of a cult. Cherry picking facts and ignoring those that damage the image of their idol. In the case of the cult of Che, it’s a pretty innocuous cult. Other than facilitating a hookup that one might regret in the morning or inciting a fisticuff on the student union, there’s not much of an impact on the wider world.

If only we could say the same about the cult of Barack Obama. His cult shares many of the characteristics of the Che cult: The posters. The tee shirts. The celebrity. Mostly though, the cult of Barack Obama shares the characteristic of its adherents knowing practically nothing about their deity. Ask Obama supporters why they like Obama and you’ll get things like “He is for the people” “He supports women’s rights”, “He fixed the healthcare system” or maybe “He got Bin Laden”. All of those points, like most about Obama, are either meaningless or simply wrong.

Being for the people or supporting women’s rights may make for a good sound bite, but they mean nothing in the debate over public policy. Does lowering taxes so that all citizens can take more of their money home count as being for the people? Does promoting a woman’s right to protect herself with a weapon count as supporting women’s rights? And as for Obama getting Bin Laden, a Facebook post recently summed that up nicely: Crediting Obama with killing Bin Laden is like crediting Nixon with landing on the moon.

And even those things they get right on the surface, they get wrong. They will say that unemployment is lower under Barack Obama, which it is, 6.2% today vs. 7.6%. That is true on the surface, but only because 11 million Americans have given up looking for work since Obama became president. Those people are not counted in the unemployment rate. Had they been counted the unemployment rate would be over 10% rather than 6.2%. They say he implemented Obamacare. This too is true on its face, but it’s a fundamental lie. Obamacare as it was signed into law has never been implemented. Obama has unlawfully given subsidies to tens of millions of people in conflict with the explicit language of the law. He has unconstitutionally given waivers and delays to tens of thousands of employers employing tens of millions of people so that the pain the law imposes won’t be felt until it’s politically expedient… for him. So, in reality, Obamacare as written has not been implemented, but Americans are nonetheless saddled with a dysfunctional system that has cost jobs and caused many people to lose their doctors, face higher costs and in some cases lose their insurance altogether. 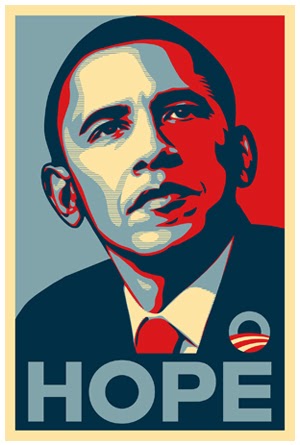 And the list goes on… The disconnect between reality and the fantasyland members of the cult live in is stark. But how do you know if a friend or loved one is a member of the Cult of Barack Obama? Well, like a mirror used to uncover a vampire, here are eight questions that might help you find out. (And remember, all of this is after Obama borrowed $5 trillion and the FED pumped almost $4 trillion into the economy.)

1) Is American household income higher today than it was when Barack Obama took office? No. Lower, by $2,500.

2) Are more Americans working today than there were when Barack Obama took office? Nominally yes. 146 million vs. 142 million, but as the population has grown by 13 million, a lower percentage of the population is actually working, 45.6% vs. 46.3%

4) Are there more or fewer Americans on food stamps today than there were when Barack Obama took office? More. 47 million vs. 34 million.

5) Has the percentage of Americans with health insurance increased since Obamacare passed? No. 83.4% vs. 84.0%.

6) How does Barack Obama’s progressive recovery compare to Ronald Reagan’s free market recovery? Not well: 5.8% total growth over his first 5 years vs. 17.7% for Reagan’s.

7) Is Iraq better off or worse off today than it was when Barack Obama took office? Far worse.

8) Is the world a more stable or friendly place today than it was when Barack Obama took office? Iraq, Syria, Egypt, Libya, Ukraine, Russia, China, Japan, South Korea, North Korea, Venezuela, Honduras…  Not so much.

If, after going through these questions and answers your friend still supports Barack Obama, they are likely part of the cult. Just to be sure however, ask them why they still support him. If they give you logical, cogent reasons for doing so then maybe they’re just confused and there may be some hope for recovery after all. For the rest it might be time Google “intervention”.

Unfortunately, while today Che’s cult is largely harmless, Barack’s has wrought a disaster on the American people and the world beyond. Like the objects in the mirror that are larger than they appear, we can only hope that the cult of Obama fizzles soon after he leaves office as the magnitude of his ineptness and his failures becomes clear.