Barack Obama, 2016 and the Burning of the Reichstag

Let’s face it, most Americans expect our politicians to lie. At least about the little things. Typically politicians try to keep things opaque so that they can easily massage the historical record once things don’t work out or the winds change. “I’ll put America back to work”. “I’ll bring home jobs.” “I support a fair tax system.” “I support education & women’s rights.” The less precise that a politician’s statements, the fewer people they will alienate, and in an American political universe of negative campaigns, that often seems to be the road most traveled. We expect them to lie about little things, but be aboveboard about the big, important things.

Then there is Barack Obama. News came out this week that provided confirmation that the Obama administration lied to the American people about Benghazi. On September 16, 2012 Susan Rice made the rounds of five talk shows telling the nation the attack on Benghazi that took the lives of 4 Americans was the result of spontaneous protests in response to an anti Islamic YouTube video. To many people that seemed absurd, but some were unsure and were willing to give the administration the benefit of the doubt. When it became clear that that narrative was simply false, the administration claimed that the talking points were directed by the State Department and the CIA. On Tuesday that was proved a lie as an email from the White House addresses Benghazi specifically in terms of blaming the video and not terrorism or policy failures.

This fits a pattern for this White House. And what makes it so perfidious is that it’s not to protect the country, but rather to save Barack Obama’s political skin. Again and again they have lied to the American people about big things, important things. And it’s gotten worse over time. At first it was passing of Obamacare, something sufficiently incomprehensible that Nancy Pelosi said “We have to pass it so we can find out what’s in it.” Barack Obama promised If you like your doctor you can keep your doctor and If you like your insurance, you can keep it despite the fact that the administration knew that to be specifically false. 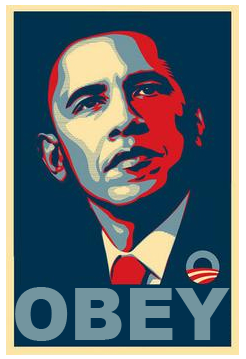 Then it was using the police power of the government, embodied by the IRS, to seek to shut down the voice of their opponents. Certainly Americans would not be surprised that political opponents of a president sometimes find themselves being audited. But this was much more than auditing. This was the government seeking to use its power to muzzle opponents by limiting their ability to raise funding. And of course Barack Obama assured the American people that there was nothing political going on. In a free nation is there any more pernicious act than a government using its police power to repress its opposition? No. In America where we spend about as much on political campaigns as we do on chewing gum annually, even a modest limitation on the spending of your opponents can pay handsome rewards.

And now the most treacherous if not traitorous thing of all is the abject manipulation of the truth about the death of a US Ambassador in order to sway an election. We now have proof that six weeks before the 2012 election the White House manipulated the media and the message related to Benghazi for the specific purpose of supporting the illusion of Barack Obama’s foreign policy competence and his claim that al Qaeda was on the run and had been “decimated”.

So the question is, now that the election is over, what’s next? We already know from his own message to Putin that he believes he has greater flexibility now. Since there is no pending election through which the American people might put him in the unemployment line, what limits exist? He has pushed the envelope from taking away liberties to oppressing opponents to lying about his administration’s responsibility for the loss of life of a US Ambassador and three others. It’s not likely that he can get a repeal of the 22nd Amendment through, but one has to wonder, could he or would he manufacture some crisis that would cause the election of 2016 to be postponed? Perhaps indefinitely? Is it possible that the DHS might use events like the one down in Nevada with Cliven Bundy and his supporters to implement some sort of unprecedented nationwide emergency powers to battle people the DHS already considers potential terrorists… You know, like veterans or anti-abortion activists or border enforcement types? Is it possible that he could fall back on his community organizing skills to inflame his supporters to occupy government buildings around the country and demand changes as the students did at Columbia in 1968? 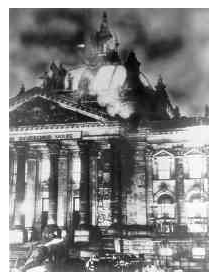 Sure, this might sound farfetched, but we’ve covered a lot of ground towards fascism over the last six years. No one gets elected in a democracy saying “I want to take away your rights” although they often do get elected saying they are going to take away someone else’s. Once they have their hands on the reins of power however, particularly of the DOD and DHS, it’s only a president’s integrity and appreciation for America’s greatness above their own that keeps him from seeking to manipulate the levers to extend his stay. (Remember, Nixon left without putting up a fight beyond the courtroom.) With Barack Obama, a man with little compunction about lying, an ego that makes Donald Trump look like a wallflower and who has both a disdain for the Constitution and a love affair with Executive Orders, I find myself a little concerned about the potential for a contrived American version of the burning of the Reichstag.