A Lack of Identity politics... Exactly why the GOP can't seem to attract minorities and immigrants...

The GOP establishment has spent a great deal of effort over the last decade pushing for amnesty under the guise of “comprehensive immigration reform”. This is of course because they are scared of the fact that minorities are going to become a majority in the US over the next 40 years and they don’t want to be left out in the cold. They have what I call a “Fear of a Black Planet… or at least of a minority majority country…”. And according to some numbers cited recently by Phyllis Schlafly, they have good reason to fear.

Of course the establishments’ solution to the problem is to acquiesce to the demands of the left and essentially give amnesty to the 20 million people who came here illegally. Honestly though… who can blame Boehner, McConnell and their friends? It’s hard to compete with “No human is illegal” signs and heartbreaking stories of kids brought to America at the age of 5 and at 25 they have no legal status. They don’t want to be seen as “heartless” or get tagged as racists as the press is wont to label them, so they simply give in and make the same mistake Ronald Reagan did in 1986. 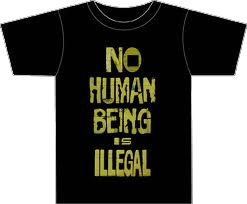 Frankly, the immigration debate is the GOP’s problem in a nutshell… The GOP has a communication problem – and an identity problem too. They have a hard time distilling their messages down to a bumper sticker. Every day they face a plethora of bumper sticker issues which they typically fail to properly address. Calls for an increase in the minimum wage are heralded by stickers proclaiming “A living wage is a moral value”. Each new school year is inaugurated with teachers striking in one city or another carrying signs broadcasting the false equivalency of opposition to education spending increases with a hatred of children. Then there are the Facebook shares of posters with quips like “Keep your laws off my body” or “Stop the War on Women”.

It’s often difficult to respond to these issues (and many more) because the rebuttals to these debates are typically too complex to fit on a bumper sticker or in a network sound bite. The GOP’s feckless attempts at responding to these issues often result in them being involved in a political version of a school yard skirmish where the response is “No I’m not!” rather than explaining a nuanced opposition to the particular issue at hand.

As an example, the argument against increasing the minimum wage is based on an understanding that doing so hurts far more people than it helps. This is particularly true in the case of teens and younger workers and those with little experience or skills. In order to hire an employee at a minimum wage of $10, an employee must provide an employer with work that brings at least $10 in value to the company. If they can’t the owner is not running a business but a charity. This is exactly why virtually every time the minimum wage is increased, unemployment among the young and unskilled (particularly minorities) increases. At the same time doing so always increases the potential for outsourcing and mechanization and we’re beginning to see that everywhere, even in the burger industry.

That kind of a rebuttal simply can’t be distilled down into a pithy sentence or sound bite. The result is that in the face of such a challenge, the GOP establishment more often than not simply chooses to go along to get along. The GOP is so worried about being painted as racists or as the party that hates the poor that they forget to talk about what they actually supposed to stand for. They get caught up in defending themselves against being women haters or immigrant haters that they forget to stand up for individual freedom or the rule of law. 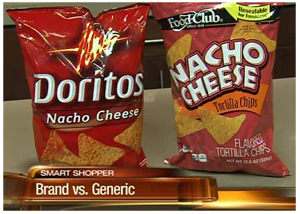 The GOP’s problem isn’t immigrants don’t like what they are saying… which is true, the GOP’s problem is that they are saying the wrong things.  And this is where the identity problem comes in.  With “Compassionate Conservatism” and “comprehensive immigration reform” the GOP is simply remaking itself into the Democrat Lite party. It’s no wonder that immigrants and minorities choose not to support them. Who wants generic crackers or cola when they can have Ritz or Coke instead?

As Schlafly points out, immigrants and minorities don’t support the GOP on a range of issues from small government to gun rights and others in between. But it’s not because there’s something wrong in their DNA. It’s because there’s something wrong with the GOP. On a wide range of issues from immigration to education to government spending, the GOP has simply lost their identity and have become a party that stands for nothing extraordinary and has no message. In the last two presidential elections Americans actually chose a socialist over the milquetoast offerings of the GOP. On the biggest stage in the world in a bitter fight for the most powerful position on the planet the GOP was unable to convince 50% of Americans not to vote for the socialist! It’s not because the minorities and immigrants voted for the socialist… which they did. It’s because the GOP failed to give Americans of all stripes a reason to vote for them. When your bumper sticker could essentially say “Not quite as socialist as the other guy” it should come as no surprise that people don’t rally to your cause.

The lesson for the GOP is not how to play a better game of bumper sticker politics, but rather to begin articulating fundamental ideas that will inspire people to join their crusade. Ronald Reagan promised to eliminate the Departments of Energy and Education. Unfortunately he failed to do so, but everyone knew where he stood on big government. Contrast that with the GOP of 2014, which has just signed off on a $1 trillion farm bill that sends 80% of the dollars to food stamps, subsidizes Big Agriculture and taxes such things as home heating oil and Christmas trees. Does that make you think of a party wedded to the idea of limited government, market economics and low taxes? Probably not. And the GOP is confused why they can’t attract minorities and immigrants? Maybe they need to stop worrying about the demographic makeup of the voters and start looking in the mirror for their identity.

University of Virginia Gets Sued Over Free Speech, and Its Response Is Stunning
Alex Parker

This Kamala Harris Tweet About the Border Did Not Age Well
Townhall
People are noticing something about the latest Pew poll showing Biden at nearly 60 percent approval
Twitchy
Watch: Antifa Goes Wild in the Nation's Capital, but the Reaction Is Decidedly Different
Redstate
Three Cheers for Owen Jensen, Jim Daly, and Tough Follow-Up Questions
PJ Media