Barack Obama... A man of our time

Writer John Naisbitt once said “Leadership involves finding a parade and getting in front of it.” I’m not sure that’s quite the right definition of leadership, but it certainly applies to Barack Obama. Just before his election in 2008 he said “We are five days away from fundamentally transforming the United States of America.” What he might have more accurately said was “America is fundamentally changing and I’m here to speed up the process…”

America is indeed changing, and not in a good way. How much has it changed? One need only look to the President’s response to last week’s CBO report about ObamaCare eliminating 2.5 million jobs, most of them being those of low skilled and low wage workers.  White House Press Secretary Jay Carney said: “Individuals will be empowered to make choices about their own lives and livelihoods,” and that they “would have the opportunity to pursue their dreams.” 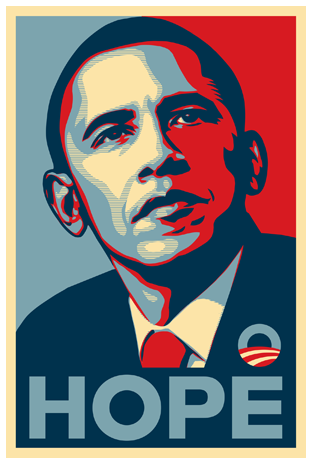 Fantastic! So now, according to the President, because of Obamacare Americans are now free to follow their dreams without having to worry about the minor issue of financial consequences. Get ready for lots more rock bands and philosophers and actors and artists. Of course this is not exactly new. American college students have been moving away from STEM (Science, Technology, Engineering & Math) courses and into soft categories such as humanities, liberal arts and education for years. In those core areas, where American companies have tens of thousands of high paying jobs they cannot fill because American are simply not qualified, half the students receiving graduate degrees are international students. Add to that the 1/4 of the American students in STEM classes who are foreign born and you can see that Americans have been “pursuing their dreams” for decades. While following your dreams has its benefits – such as more time for partying and fewer late nights of studying – it has downsides too such as higher unemployment and or lower salaries that often come with humanities and social science degrees.

There is of course much more below the surface of the President’s new appreciation for pursuing dreams. Destroying another 2.5 million jobs (or full time equivalents) is exactly what the country needs with a Workforce Participation Rate that is at its lowest point since 1976, and which has been in a precipitous decline since he took office. Then there is the number of people who are claiming disability. It has skyrocketed in recent years – including under Obama. Since 1972 the number of Americans working has increased by 82% but the number of people claiming disability has increased by almost 500%. What’s worse is that America’s service economy of 2014 is a far safer place to work than our manufacturing economy was 40 years ago. And of course one can’t ignore the intersecting paths of food stamps and income tax. Today there are a record 47 Million Americans on food stamps while 47% of Americans pay no income taxes at all.

The parade Barack Obama has decided to jump in front of and lead is the shift from a society where the vast majority of people worked hard and supported themselves and their families to one where a significant number of Americans, if not quite yet a majority, are simply interested in what the government can take from others to give to them. At what point does the system become unsustainable? One doesn’t need a STEM degree to recognize that eventually the number of taxpayers paying into the system can’t support the rapidly growing number of people taking from it. An upside down pyramid can’t stand for long.

So Barack Obama hasn’t really transformed America. He’s simply made it chic to be a socialist. He’s made redistribution cool. He’s made paying taxes a fool’s errand. Like schools that award medals for participation or little leagues that ban keeping score, Barack Obama has sought to make Americans forget that success and prosperity are forged in the crucibles of hard work, investment and ingenuity and not in the halls of government. He has sought to make being on the dole just another form of pursuing one’s passion. He has sought to replace individual responsibility with government largesse as the symbol that defines our nation. Unfortunately Barack Obama is very much a man of our time. We can only hope that by the time he leaves office Americans will have recognized him for the pied piper he is, seeking to lead the nation over a cliff.