What conservatives can to learn from Hollywood: Good stories told well can influence political perspective

Watching movies are one of my favorite pastimes. Our favorite movies say a lot about us… although I’m not exactly sure what. My top five (in no particular order) are Gladiator, Valley Girl, Galaxy Quest, Lost in Translation and probably Tombstone. Movies are a unique form of entertainment because they are touchstones, shared experiences which so many Americans have in common. Lines like “I’m walking here!” or “You had me at hello” or “Make my day, punk” have made it into the American lexicon and are often used in our everyday lives in order to call up certain shared understandings of situations between a speaker and their listeners.

Movies are unique in that most of the people watching them experience the same thing. Not that they always have the same reaction, which is obvious by the divergent reviews a single movie can get, but they are watching the same thing on the screen. The colors are the same, the actor’s faces are the same, the music is the same. Contrast that with reading a book. With a book the experience is yours as your brain takes the author’s words and creates its unique version of the characters, faces, colors, sounds, accents, landscapes, and basically everything in terms of bringing the author’s words to life. Contrast that with the way we experience movies. All of us instantly recognize the voice of James Earl Jones when we hear Darth Vader speak. All of us know exactly what Harry Potter looks like, and he’s the same for every one of us. We all have a vision of Jack and Rose flying at the bow of the Titanic, it’s exactly the same.

Movies have a unique place in American life because of that shared experience and its breadth. Your experience watching a movie is going to be essentially the same if you watch it on Miami Beach, in Brooklyn or Brownsville, Texas. And Hollywood has used that unique place to great advantage. From giant studios that produce hundred million dollar epics that earn billions around the world to art house films that gain critical praise consumer indifference, Hollywood almost has a monopoly on American storytelling. (And that includes its dominance of the small screen… “We were on a break” or “You’re Fired”.) 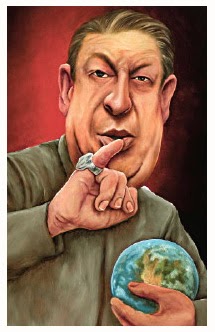 One of the most interesting aspects of this Hollywood dominance is the fact that it seeks to earn money while producing unabashedly leftist propaganda. Think An Inconvenient Truth, Erin Brockovich, or Gasland. The interesting thing is not that they are making money telling stories, but rather the impact that it has on viewers. Hollywood has learned what the GOP has never learned, that a good story told well can impact and perhaps change viewer’s political perspective. Researchers at Notre Dame found that “Hollywood movies are better able to change attitudes – in a left-wing direction – than advertising or news reports.” Essentially Hollywood has perfected the art of using movies to turn people into liberals. Whether it’s the Matt Damon character in Good Will Hunting or Sally Field’s character in Norma Rae, movies that grip us seem to impact us long after we leave the theaters. The fact that movies, particularly sob stories, impact us is definitely not news, but the fact that we keep the critical thinking switch turned off once we leave the theater is. We should know better, but we don’t… at least according to the research.

If conservatives hope to save the country from the liberal dystopia that the Democrats and the establishment Republicans are leading us into, they need to understand the lesson Hollywood learned so long ago… You have to touch people in order to impact them. You have to make them connect with something in order to understand it, appreciate it, take time out of their lives to focus on it. While it’s unrealistic to expect conservatives to take over Hollywood, they can at least begin to tell stories that reflect the conservative perspective.

The country is full of real life stories that are just as touching as anything Hollywood ever wrote. (see “Waiting for Superman” or “The Lottery“)  As much of a boogieman Hollywood has created out of capitalism, big government is far scarier. As many lives as one company might have destroyed due to the duplicity of some employee or board of directors, government has destroyed far more families and communities simply by its catastrophic social policies. Kids stuck in failed schools in crime riddled neighborhoods are just as sympathetic as workers trying to form a union at some trucking company. An entrepreneur struggling to feed his family against the borg of government regulation is just as sympathetic as someone whose drinking water catches fire supposedly due to drilling. The difference is, Hollywood often has to use hyperbole, “artistic license” and sometimes outright lies in order to get its points across. In a world where the omnipresent tentacles of a dysfunctional government destroy jobs, gut education and undermine families, the stories of despair are legion, and very real.

If conservatives ever hope to win the battle of ideas, win over the hearts (and votes) of a majority of the American people, we have to figure out to do what came so naturally to Ronald Reagan… we have to connect with people through well told stories. We have to figure out how to talk about cold, sterile, opaque issues that are sometime counterintuitive, and do it in a way that really engage the viewer or the listener. Hollywood swayed the nation by selling liberalism wrapped in well told stories. If we want to bring it back we’re going to have to do the same. Maybe Dinesh D’Souza’s forthcoming “AMERICA” will be a first step in the right direction… although most of us won’t have two hour blocks in a darkened theaters to make our points… so we’d better get creative.