Louisiana is a great state. Home to Bourbon Street, jazz, and perhaps most importantly, the antics of the Robertsons of Duck Dynasty fame. On a less positive note the state is currently the home of the nation’s highest rate of births to unwed mothers, currently at 54% of all births. Sadly, the rate has exceeded 50% for years.

Let’s imagine that many of those babies are born malnourished and as a result are born prematurely. Looking at the staggering costs associated with premature births and the negative health consequences for the children themselves, a citizens group decides to do something about it. They get a measure put on the ballot that would amend the state’s constitution to state that basic healthcare for babies is a right and that hospitals must provide free neonatal care and nutrition to all expectant mothers if requested. The ballot passes with a majority of the vote.

One New Orleans hospital doesn’t like the mandate and sues in federal court claiming it’s unconstitutional based on the Takings clause of the US Constitution. A federal judge agrees and throws the legislation out. The governor agrees with the judge and decides not to appeal the ruling. Suddenly, the state where the citizens have decided that they want to put the health of children ahead of the profits of rich corporations is suddenly unable to do so. Now the supporters of the referendum have no choice to appeal the ruling to the US Supreme Court. The Supremes agree to take the case… only to decide that the plaintiffs don’t have standing, saying: “We have never before upheld the standing of a private party to defend the constitutionality of a state statute when state officials have chosen not to,”… “We decline to do so for the first time here.” Now, this story of course is fiction, but the ruling by the Supreme Court is not. This is the exact language the majority used in their ruling in Hollingsworth v. Perry, the Prop 8 case where a federal judge threw out a constitutional amendment to the California constitution stating that marriage is between a man and a woman. While this Louisiana scenario was hyperbole, the reality is, that is the exact situation that could be seen in any state. A majority of citizens of a state can change their constitution to address any issue they deem appropriate, but if the governor claims that it’s unconstitutional vis-à-vis the US Constitution and a federal judge agrees with him, tough luck for the citizens.

Sound crazy? Not really. Remember, the Supreme Court did not judge Hollingsworth on its merits, but rather simply dismissed it based on whether or not the party that appealed had standing. If their goal was to uphold the unconstitutionality of Prop 8, which this decision does by default, they should have had the courage to decide as much and let the American citizens react. If they wanted to preserve state’s rights they should have thrown out the federal court’s decision and let California’s voters handle it at a state level. What they have done with this cowardly ruling is neither. 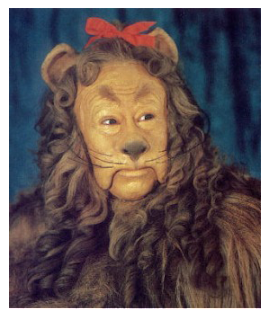 The court has said in Hollingsworth is that 1 person can sue to challenge the constitutionality of a state action but not a single one of the 7 million California citizens who voted to pass it can sue in support of it since the state chose not to. There seems to be a disconnect there, particularly as one could make the argument that citizens are somewhat the equivalent of the states in terms of their relationship with the federal government. The 10th Amendment states: The powers not delegated to the United States by the Constitution, nor prohibited by it to the States, are reserved to the States respectively, or to the people. That suggests some level of equality between the two, and the Supreme Court choosing to not allow citizens to seek the enforcement of lawfully implemented rules while allowing other citizens to sue for their destruction is arbitrary and capricious.

Tthe whole point of popular referendums like Prop 8 is for a population of a state to have some control over their governments. From back room dealing to bureaucratic overreach to election manipulation, state governments can become unwieldy and corrupt and at times very unresponsive to the wishes of their citizens. Prior to Prop 8, 1978’s Prop 13 was probably the most famous ballot measure of modern times. That, like many propositions, was a response to an out of control government addicted to increasing property taxes to fund… everything. Prop 13 became a watershed event in the empowerment of citizens against the corrupt bureaucracy of their state governments. By arbitrarily suggesting that citizens cannot defend the constitutionality of their own laws the Supreme Court has eviscerated one of the most powerful tools citizens have to control their sometimes uncontrollable legislatures, executives and judiciaries.
They have needlessly neutered the citizens of California and every other state with this cowardly and disingenuous ruling.