From Obamacare to Immigration "reform" Is Anyone in Washington Smarter Than a 5th Grader?

The Wall Street Journal had a rather heartbreaking piece a few weeks about families of people with mental illness. Many families seem to feel helpless in the face of federal privacy laws that keep parents from knowing about their grown children’s medicines, treatments and even diagnoses. While parents are often able to be involved in the treatment of their children as they grow up, once they reach maturity the parents are often locked out. The same is often true for families of those who become mentally ill later in life.

Laws that are meant to protect individual privacy often limit families and professionals from helping the mentally ill until it is too late and they end up harming themselves or others. Somewhere between One Flew Over the Cuckoo’s Nest, the road leading up to HIPAA and Jared Loughner opening fire in Tuscon, AZ, the common sense of regulations seems to have gone out the door . As a result, society and the mentally ill have been paying the price ever since. Mental illness is certainly one of the most difficult issues a family and a community can face, and federal laws that obstruct common sense solutions do nothing but to complicate the challenges.

Which is exactly why every time the federal government seeks to do anything it should be looked at with great deal of skepticism. Because it’s not just the treatment of the mentally ill that the government messes up. The majority of the things the federal government does are failures, and most certainly lack common sense. Take for example President Obama’s EEOC (Equal Employment Opportunity Commission) which has sued Dollar General and BMW for racial discrimination. Their crime? Screening out of their potential employee pool applicants who had been convicted of “Murder, Assault, Battery, Rape, Child Abuse, Spousal Abuse (Domestic Violence), Manufacturing of Drugs, Distribution of Drugs, [and] Weapons Violations.” And since more blacks than whites were convicted of those crimes – and therefore dismissed from consideration for employment – Dollar General and BMW are guilty of racial discrimination. 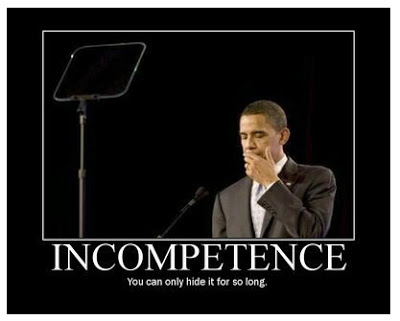 If there were an entry in the dictionary under “lacking common sense” this action would be example number one with a picture of a smiling federal bureaucrat next to it. Even a fifth grader would understand that forcing a company to consider more convicted murders and rapists for employment simply because of their race is ridiculous.

But then most of the people in Washington would likely end up losers on Are You Smarter than a 5th Grader? One can only imagine that 5th graders would have been smart enough not to give us Obamacare. One doesn’t need to be a genius to figure out that Obamacare was going to be a disaster from the beginning, but of course we had to pass it before we could find out what was in it. The dunces in Washington promised that insurance premiums would go down. Instead they’re going up. The dunces in Washington said if you like your insurance you can keep it. Millions of people are finding they can’t. And of course the dunces in Washington were sure that access to government guaranteed healthcare would improve health outcomes. A landmark study in Oregon puts that lie to rest.

Now the dunces in Washington are trying to sell the American people another thousand page bill of goods that goes against basic common sense. This time in the form of the immigration bill. They claim that rewarding 11 million illegal immigrants in the country will somehow stop people from coming across our borders. So giving a gift to those who came to the US illegally (just as happened in 1986) is supposed to show that the US is finally serious about closing down the border? The CBO is not so sure.

They claim that giving the 11 million people here illegally some legal status should benefit the country because they will pay taxes. Actually, according to the IRS, many of them are already paying taxes thanks to individual Taxpayer Identification Numbers (ITINs). Not only that, the IRS is actually sending thousands of “aliens living in the United States who are ‘not authorized to work in the United States.’” tens of millions of dollars in fraudulent refunds, 24,000 of whom apparently live in one house in Atlanta. Talk about close quarters!

They claim that they are absolutely, really, totally promise to secure the border this time… Ted Cruz points out that we heard this before. 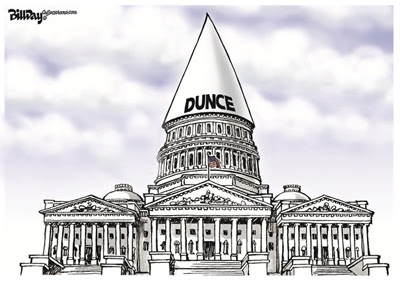 Common sense tells you that if illegal immigration is to be tackled, the first thing you do, as you would with a sinking ship, is fix the holes rather than rearrange the furniture or dance cards. But then the people in Washington are not well versed in that basic element of everyday life that most citizens (including 5th graders) employ to get through their days. Unlike bureaucrats, most citizens don’t have the luxury of changing the rules to fit their worldviews, regardless of the consequences. No, they have to deal with actual reality rather than the fairy tales of good and effective government that politicians and bureaucrats tell themselves.

Unfortunately, whether regular citizens have family members with mental illness, are simply seeking to run a successful small business or have any one of a thousand other everyday issues to deal with, in almost all every case they will find that beyond the normal complexities of life they will likely have to deal with a plethora of decidedly non-common sensical intrusions by the dunces in Washington who fancy themselves as sages and kings.