How Conservatives can win in a world of "Low Information Voters"

How did Barack Obama win reelection despite 8 million fewer people working and a doubling of gas prices since he took office? Despite a flatlining GDP, $6 trillion in new debt, and the disastrous Benghazi? How is it possible that given his abject failure voters could give Barack Obama a second term? Easy… Republicans hate everyone.

This point was crystallized this week when Mary Katherine Ham got into a dustup with Juan Williams over the issue of gun control. Ham made the cogent point that Chicago, with some of the strongest gun control laws in the country is anything but a “promise land” of tranquility. Williams responded with the absurd notion that because Virginia has much weaker gun regulations than DC, the lives of people who live in DC are somehow less valuable.

As nonsensical as William’s argument (if you can call it that) was, its demonizing of Virginians as not valuing the lives of DC residents was not unusual. That is exactly how Barack Obama won reelection and how we’ve gotten ourselves into this quagmire of a bloated mommy state with trillions of dollars flowing to the “needy” and tens of thousands of pages of regulations seeking to “protect” citizens.

Conservatives and the GOP have been participating in different conversations than liberals for decades. While conservatives seek to engage in conversations about finding solutions for problems, liberals ignore them and steam ahead building their progressive utopia, regardless of the impact on the actual problems themselves.

The conversation between Ham and Williams provides a clear demonstration of the tactic. Data clearly show that jurisdictions with the most restrictive gun laws not only don’t show lower rates of gun violence, but typically have more gun violence. The conclusion that one might draw from this is that fewer gun laws mean more saved lives. You can disagree with the conclusion or argue about a lack of causation or you can suggest some other alternative explanation for the data. But that’s rarely what liberals do. Instead they suggest that if you’re against more gun laws you don’t want to protect children.

The same construct holds true for virtually every issue in politics: 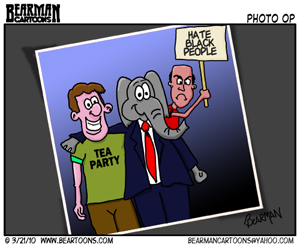 And the list goes on. This is the liberal modus operandi: Demagoguery. Rather than engage in thoughtful discussions on the goals and efficacy of government regulations, they seek to demonize their opponents and in the process marginalize then sideline them.

Before him Rudy Giuliani was called racist because of his crackdown on crime in New York City. Nevermind that he saved the lives of thousands of young black men by making the streets safer for everyone.

Ronald Reagan was constantly pilloried for everything from wanting to starve children to being a war monger. Nevermind he created a staggering level of economic growth that provided incomes to parents of millions of children, and that he won the Cold War.

The worst part of this liberal tactic is that it’s almost impossible to refute. Data rarely works to sway the argument. You saw that in William’s rejoinder to Ham. He had no interest in engaging on the facts. You also see it in the painting of the Tea Party movement as racist. Andrew Breitbart offered $100,000 for proof of the claim that Tea Partiers had spit on black members of congress. Despite thousands of phone cameras rolling nobody came forward. Nonetheless the meme of Tea Party racism continues, even in the face of explicit proof to the opposite. Once the left makes an assertion and the sycophants in the media get hold of it, it’s almost impossible to reverse.

Liberals have been seeking to delegitimize conservatives for half a century. Unfortunately it’s been a largely successful strategy, as can be seen by the growth of government regulation and spending under both Democrat and GOP administrations. As such, liberals have no intention of abandoning it any time soon. 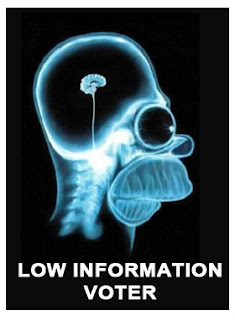 Given that playing field, in order to achieve success conservatives are going to have to face those falsehoods head on. At the most basic level they must make the point, repeatedly, that their policies of limited government and fiscal restraint seek to help all Americans, not just particular groups. More importantly however, conservatives must be willing to go toe to toe with Democrats who seek to delegitimize them as haters of one sort or another. They must be willing to stand up and state clearly “I reject the basic premise of your argument” and clearly articulate that opposition to Democrat’s nanny state policies does not suggest that they hate anybody. Rather, by reducing government entanglement in our lives, conservative policies seek to help everyone and anyone succeed.

In a universe of “low information voters” the only recipe for success is for conservatives to stay laser focused on the idea that limited government helps drive prosperity, which helps everyone. Period. That’s it. There’s nothing else.  In a cacophony of issues we must narrow the focus to the only ones that count: freedom and prosperity, because once they’re gone, nothing else matters.  Conservatives must learn to compellingly deflect the “hate” label and focus attention on how freedom drives prosperity and prosperity makes everything else possible. By explicitly refuting those “hate” labels they can narrow the spectrum of discussion to the consequences of government policies. They should be under no illusion that doing so will change the votes of dyed in the wool liberals. It may however catch the attention of a sufficient number of those “low information voters” to sway the next two elections red and save the country from our impending Greece like collapse.

This Trial Was A Disgrace
Townhall
'Take these masks OFF of my child'! Georgia mother who's HAD IT with mask mandates LIGHTS UP school board and YAAAS (watch)
Twitchy
People Are Legit Shook After Powerfully Responsible Lemon/Cuomo Segment on Columbus Police Shooting
Redstate
WITCH HUNT: Mass. Locals Organized to Force Businesses to Embrace BLM
PJ Media