Life imitates art... Liberals see the world as they imagine it is, not how it actually is 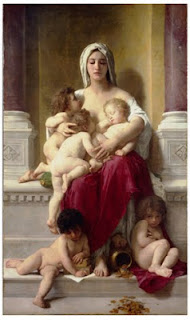 I’ve always been a fan of Van Gogh’s paintings. I similarly like Renoir  and Seurat. Although I like some of Picasso’s early work, most of it I find a bit odd. My favorite artist however is William Adolphe Bouguereau, a 19th century French artist whose works are the polar opposite of the impressionists, literally.

From the 1870’s his realistic portrayal of the human form was increasingly seen as passé in an art world increasingly captivated by Impressionism – a style which influenced both Van Gogh and Seurat. By the early 20th century Bouguereau’s work had completely fallen out of favor among cultured art devotees, – i.e. everyone except those uncivilized Americans.

Impressionist art was less precise than that of Bouguereau and most artists who came before him. It began a march that has brought us a century of modern art that is often anything but precise… Think Jackson Pollack or Christo. 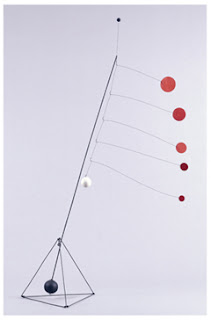 A challenge of art is that what the artist is trying to convey (if anything) is often up for debate. Take any three people and ask them what is the artist’s intent behind one of Alexander Calder’s mobiles and you’ll no doubt get three completely different ideas.

Such lack of clarity works well in the subjective world of art. Not so much in the not so subjective world of politics and government. It is perhaps no surprise then that the rise of modern liberalism has evolved over a similar timeline and path as modern art.

Politicians on the left no longer look to objective facts to define the world around them. Rather, they look at the world as they would like it to be and interpret it accordingly. How else could one explain the lunacy that pervades the Democrat party today?

Data clearly show that stricter gun laws lead to more crime but that is of no consequence. President Obama and the rest of the progressives who want to pass gun laws that will magically make the world a safer place… as if there were no knives, swords, cars or anything else that might ever be used as a weapon.

Maybe they forgot about Prohibition? It doesn’t take much looking to see the negative consequences of that. Not only did it not work, but it created a paradise for gangsters to grow rich and powerful. Fast forward 80 years and while smoking is not illegal, per se, many states are trying to tax it out of existence… while simultaneously padding the tattered state coffers at the same time. Surprise… it’s not quite working out the way they had planned. High cigarette locales are seeing their sin tax base actually decline as as much as 60% of the cigarettes sold in their states are illegal. Indeed, even in the face of such failure Chicago is planning on doubling down on its bad bet.

Then there are government schools. Could there be a more crystal clear example of government failure on the planet than public schools? Yet somehow the union backed Democrats continue to fight vouchers and school reform despite the physical and intellectual carnage government schools have wrought on American children.

Of course the most important example of the liberal failing to see exactly what is in front of them is on economics. In 2009, just as Canada was beginning to look at free markets to fix its state controlled healthcare sector Nancy Pelosi was crafting ObamaCare to strangle the American people. Over the last four years, just as Greece, Spain and Italy collapse under the weight of their social programs and confiscatory tax rates, the Obama administration has sought to expand government welfare, increase taxes on those who create wealth and further strangle the economy with regulation. 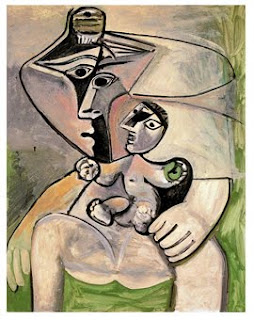 At some point one has to wonder what exactly liberals are looking at that would cause them to make such illogical choices. It makes you think of a doctor who studies medicine with anatomy books illustrated by Picasso. Do you really want that guy operating on you?

Government is not like art. In art, the artist can paint what he wants, the way he wants. He can imbue it with hidden messages, explicit messages or no messages at all. The beauty of art is that anyone can interpret it any way they want and in doing so they don’t impact anyone else’s ability to enjoy it. With government on the other hand, the realities of life are quite different. Regardless of the author of a bill’s limited intentions, its passage almost always presages a reinterpretation and expansion once it becomes law. Do you imagine when the 16th Amendment was passed Americans expected tax rates to quickly rise to 90%? Do you think when the Civil Rights Acts were passed in the 1960s the writers expected white and Hispanic firefighters to lose promotions because no black firefighters did well on the promotion tests? Do you think when Nixon created the EPA he planned on the agency eventually seeking to regulate milk spills, rainwater and lightbulbs? No, no and no!

None of that matters to liberals however, and that’s the problem with government: Government regulations are rarely limited to benign interpretation or precise application. They have real world consequences, most of which are unintended, and most of those are negative. And the rest of us are stuck with them because they rarely get repealed and almost always grow more restrictive. 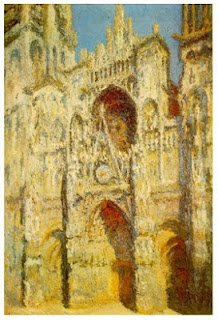 Taking a page from the Impressionists, at some point the citizens who drive prosperity in the United States will stop operating in the world of realism – i.e. high taxes and oppressive regulations – and opt to do something altogether different. Maybe they will work a bit less or be satisfied with 40 employees rather than adding a few more. That might sound benign right now, but just as Impressionism began an evolution that led to everything from Robert Mapplethorpe to Willem de Kooning to Andres Serrano’s Piss Christ, government regulations have a way of morphing the world in ways that were unimaginable (to liberals) when they were passed. When America is left with only the dependants and bureaucrats, the wealth and job creators either dead or long gone to places like Switzerland or Australia, the legacy of liberal failure will be complete.

As President Obama begins the second leg of his quest to “fundamentally transform America” we should keep that in mind. Thankfully the Constitution limits his time in office to 8 years, unfortunately the shackles of liberal government he leaves us with will likely last far longer and morph into things even he didn’t imagine. The reality of that hell is one that even Monet would have a hard time blurring.