Neal Boortz will be calling it quits this week after 42 years in the radio business. He timed his exit to ensure that if Barack Obama was reelected he (Obama) would not have another dollar of his (Boortz’s) income tax dollars to spend.

As he rides off into the sunset to play golf, drive around in the Boortzmobile, and most importantly, visit Disney World, we are all left to wonder what the future might hold. 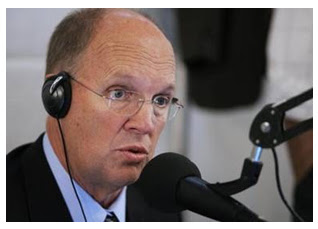 If you’ve ever listened to him, you know that Neal can be acerbic, pointed, and frankly, sometimes downright mean. But at the same time he can be funny, compassionate and extraordinarily generous. In other words, he’s a puny human like the rest of us. There are a few gifts he has that most of us don’t however. He is phenomenally entertaining. He has an uncanny ability to distill most issues down to their core elements and clearly articulate what is at stake. And he is a skilled pitchman, particularly for the ideas he holds.

To the untrained ear his pronouncements often sound outrageous at first blush, but when you listen to the rationale behind them he’s usually spot on. The best example I can think of is when he states, as he often does, “The teachers’ unions pose a bigger threat to the security of the United States than does Al Qaeda.” Someone who’s not heard that before might think that he’s nuts, asking “How many planes have the teachers’ unions flown into buildings?” or “How many bombs have the teachers’ unions planted?” However, when you follow his logic about how the teachers’ unions are systematically undermining education in the United States and producing a population made up of “dumb masses”, and how that uneducated public is the road upon which tyranny rides into and then takes over the public square, you recognize he’s 100% right. His cheering when an intruder is killed by a homeowner can also seem callus, but only until you realize what he is really cheering is the fact that some criminal will not be around any longer to pose a threat to the life of other, innocent, less empowered citizens.

At the end of the day, Boortz, like Limbaugh, Levin, Hannity and others, makes his living entertaining people while informing them. One has to wonder however, is that really enough? Why do I ask that? Because a quick look at the last quarter century will reveal that the country has continued to march left. If not in name certainly in action, particularly as it relates to the representatives we send to Washington.

For four decades Boortz has railed against big, incompetent, unconstitutional government, yet over that time we’ve gotten nothing but more of exactly that, other than a small respite during the Reagan administration. In a nutshell, it appears that Boortz, like the others, has been a failure in achieving his overarching goal. Now, he’s obviously been a phenomenal success in his primary goal, which is to entertain fans and generate advertising revenue for his stations. By that measure Neal, Rush, Sean and a number of other conservative radio hosts have been spectacularly successful, something liberals never seem to be able to accomplish.

On the larger goal of saving the country from the stultifying leviathan of progressivism however, Neal et. al. have failed, and failed miserably. This does not suggest that Neal and friends are somehow responsible for this shift. On the contrary, it’s happened despite their efforts… and that is the key. Neal is retiring. Rush is doing the same show he’s been doing for years. Mark Levin is pretty angry, but the truth is, he’s been angry for a while.

The question I have is, do these hosts actually believe what they say or is shtick to sell advertising? If it’s shtick that’s fine. It’s like watching Alec Baldwin on 30 Rock; you know the guy is a schmuck in real life but it’s fun to watch him as Jack. If however this message is more than that, if he and they really believe what they say, are they prepared to do something about it?

Neal has been saying for months that he thinks the country is almost lost, and that defeating Barack Obama was the best opportunity to save it. Today he says that he thinks we are probably doomed and that the 2014 elections are likely our last chance. I think he’s probably right. In 2008 it was only speculation that Obama would rule as an anti-capitalist big government statist. Today we know he was worse than any of us had expected. Yet somehow the country knew that and still reelected him.

We face a different future today than the one we did in January 2009, or even in October 2012 for that matter. We have an economic fascist in the White House with no fear of having to ever win election again. We have a more progressive Senate than we did after the 2010 election and we have a house that is nominally Republican but can’t seem to bring itself to deny President Obama anything. President Obama seeks to destroy the private sector and the motivation any person might have to work hard and seek their fortune. Four more years of unbridled Obama may indeed end the Constitutional republic that is the United States.

Today the United States faces the biggest threat to liberty since World War II… Which brings us back to the question above: Do Neal and his brethren actually believe what they say or is a defense of the Constitution merely shtick to sell advertising? If it’s something more than shtick, then now is the time to do something more than merely chat on the radio for three hours a day. 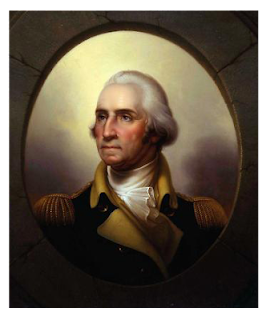 What exactly should they do? I’m not sure, but there is a vacuum in the country and who better to fill it than someone who is experienced in making cogent points compellingly? Maybe create a cable network dedicated to capitalism, entrepreneurship and free markets. Maybe begin a lecture circuit about achieving the American Dream. Maybe start a barnstorming tour to invigorate the Tea Party movement. The conservative movement in the United States is lacking a leader, lacking a voice of someone who can inspire its adherents and convert its opponents; someone who can rally Americans to get off of their couches and do something to fix a broken country. For two presidential election cycles the GOP has fielded milquetoast candidates who wouldn’t know conservatism if it walked up and hit them in the head. Now are now paying for those decisions.

A quarter century of conservative talk has been entertaining, but it’s not been enough. Today we need something more. We need engaged citizens who are willing to put aside American Idol, shopping, football, and Facebook and learn what made our country a success and evangelize the message of free markets and limited government. But who will lead them?

Everyone deserves a retirement, and Neal has certainly earned his. But sometimes there’s something bigger than retirement. Sometimes there is something worth putting off retirement for. A reluctant George Washington recognized that: A month before his inauguration in 1789 he wrote in a letter to his friend John Knox: “In confidence I can assure you — with the world, it would obtain little credit — that my movements to the chair of Government will be accompanied by feelings not unlike those of a culprit who is going to the place of his execution.” Neal’s future certainly doesn’t lay in politics, but it’s possible to change the world from outside the sphere of government. Just look at the impact of men like William Randolph Hearst, Martin Luther King, Ralph Nader, and even Mark Zuckerberg. Retirement can wait… the country needs to be saved, now.