If the government can share your gun permit data with the public, why not your tax and income data too?

This is a blatant misuse of government data and the government is complicit in that misuse. The state of New York requires that all handguns be registered. That means that in order to exercise their 2nd Amendment rights, a law abiding citizen must request permission from the state of New York, something they don’t have to do with the freedom of religion, speech or anything else in the Constitution. (This doesn’t apply to owning a rifle, only handguns.) Bad enough that citizens must ask, but what’s worse, New York is a “May issue” state, which means that the state has the right to say “No, you are not allowed to exercise your 2nd Amendment right”. A denial can only be overturned in court if the denial is shown to be arbitrary and capricious. And don’t forget, in the case of New York City, the people making that decision are part of the same government that thinks it’s reasonable to ban large sodas. 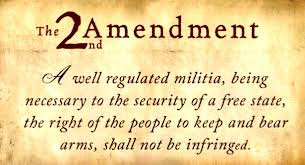 If perchance the government deigns to allow you to own a gun in New York, and if you then want to carry that gun outside your home, you’ll now have to request permission for that separately – and that does apply to long guns as well. The state or local authorities then get to decide if you have a good reason to carry one. It doesn’t matter if you believe you need it for self defense, what matters is whether or not you can convince them that you need it for self defense.

So now that the government of New York has forced its citizens to beg for permission in order to exercise their Constitutional right to bear arms, it then keeps all their names and addresses in a database that it then shares with just about anyone who asks. 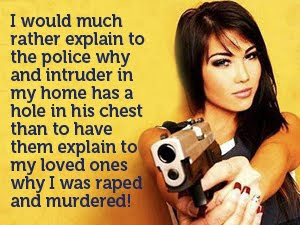 Of course this is a bonanza for criminals. Now they know where they can go to steal guns. Or they can know in advance which homes will require extra firepower or more men because the owner may be armed. What’s more, criminals are now able to use the database to harass and threaten police and prison guards and their families. At the same time victims who have fled domestic abuse and who have successfully navigated the gun licensing maze now have their names and addresses published for their tormenters to find.

This is a clear example of an abuse of government power. If a citizen is law abiding, and has gone through all of the hoops that government has established in order to exercise their 2nd Amendment rights, (as unconstitutional as they may be) does the government then has the right to provide that citizen’s information to the public? That is a circular argument: The government imposes severe restrictions and registration requirements in order for a citizen to exercise their rights, then because they have collected that data they say their hands are tied and they must provide it to the public.

It’s situations like this that make gun owners weary of registering their weapons in the first place. Government collects massive amounts of data on its citizens, from driver’s licenses to arrest records to the medicines you take, the government at all levels has a plethora of information on every citizen. Because the government has that data – often coercing citizens to provide it – does that automatically mean that that information is available to the public? Obviously not. Freedom Of Information Act and government sunshine laws provide an important tool for citizens who seek to monitor government activity. Those laws should not be used to invade the privacy of law abiding citizens, whether it has to do with taxes, gun ownership or any other law abiding activity. As despicable as the Journal’s actions were, they were enabled by a government that misunderstands its responsibilities as they relate to protecting the information it collects on the citizens. Which simply demonstrates that the more power government accumulates the more opportunities it will have to negatively impact the lives of its citizens. Or put another way, small government = big freedom while big government = small freedom.