The Constitution, Deadbeat Dads, and the Hypocrisy of Obamacare

America is now poised to enjoy the fruits of what has been a demand from the left for over a quarter century: Government mandated socialized medicine.

There have always been three main arguments behind that drive:

1) Everyone has a right to free healthcare.

3) We’re paying for it anyway.

As usual, the liberals miss the mark on all three fronts.

On the first they are wrong about what a right is. Our Constitution explicitly defines a number of rights… Speech, Religious liberty, Assembly etc. Most of the rights enumerated in the Constitution limit the government from impeding on a citizen’s free exercise of those rights. Other than the 6th and 7th Amendments’ right to a jury trial, nothing in these rights impose duties on others to provide anything. Rights are things you could take with you if you decided to move to a desert island somewhere where there was no one else there to provide them. 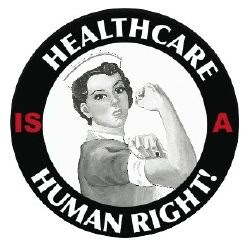 Healthcare is simply not a right. It is not free. It is not an infinite resource that can be redistributed endlessly. No, healthcare is a service that must be provided by individuals who willingly exchange their time and energy for whatever value someone else places on it. They do that so that they can in turn exchange that money with others for things like garbage services, car loans, dental floss, chocolate, gasoline, video games and a wide variety of goods and services for which they are either not interested in or not capable of providing for themselves. That alone distinguishes healthcare from a right.

The right to free healthcare is nowhere to be found in the Constitution. Indeed, none other than the patron saint of progressives, community activist Barack Obama recognized as much: “…the Constitution is a charter of negative liberties. Says what the states can’t do to you. Says what the Federal government can’t do to you, but doesn’t say what the Federal government or State government must do on your behalf…” Too bad President Barack Obama forgot as much. 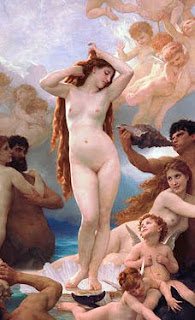 The left also has it wrong on the notion of fairness. Fairness is a value judgment, not a logical basis upon which to distribute a finite resource. Fairness is relative to the person making the judgment. History, both ancient and near, is full of stories of people fighting over land and property they feel is rightfully, fairly, theirs. Fair depends on perspective.

What’s more, life is simply not “fair”. Some people are tall, while others are short. Some are kind while others make the Grinch look like Ghandi. Some are skinny, others are fat while a few look like Adonis or Aphrodite. More importantly, some work hard while others seek to live off of the efforts of others. Those differences have existed throughout history and will continue to do so as long as we remain human. As such, there is simply no way to ensure “fairness” because everyone has a different understanding of the word. We see this demonstrated every day. Liberals think it’s fair to take half or more of what someone earns to give to others while those whose sweat or intelligence generate wealth think they should be able to keep it. 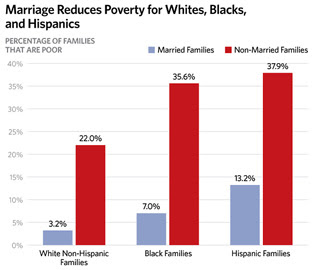 Finally, those demanding universal healthcare are hypocrites as well. Not sure? Ask them about the following. They claim that the government should provide healthcare to everyone because we’re paying for it anyway when people who can’t pay go to emergency rooms and the rest of America has to pay extra to cover them. If that logic works, how about extending it to unwed mothers and deadbeat fathers? Unwed mothers are a disproportionately large segment of those living in poverty and receiving welfare. We’re paying for that. Americans have spent trillions of dollars on poverty programs over the last half century; indeed the acronym AFDC stands for Aid For Dependent Children… for which a family was ineligible if a father was present. As such, is it appropriate to forcibly tie the tubes of women who have children they cannot support until such time as they get married or can support the children on their own rather than making the rest of society pay for them?

Similarly we all pay for the police who capture criminals as well as the courts that try them and the prisons to lock them up. Does the progressive logic hold then that since men who grow up without fathers present are disproportionately represented amongst the criminal element, that we should forcibly give men who refuse to raise or support their progeny vasectomies? While someone who cannot afford hypertension medicine or the cost of an ankle cast may be poignant, is it more calamitous than a parent suffering the loss of a son or daughter murdered by a criminal who grew up without a father? If government can seek to ameliorate the former by edict, why not apply that logic to eliminate the second?

At the end of the day, President Obama and his liberal cabal have it wrong on healthcare, as they usually do on virtually every other issue they harness to redistribute wealth and turn the country into a statist Nirvana. From misunderstanding fundamental concepts in the Constitution to ignoring the basic nature of mankind to crafting irrational, self serving arguments, they seek any route available to impose their fatuous, untenable programs on an uninformed public, knowing that once in place they will live on forever.

President Obama is certainly on his way to achieving his goal of “fundamentally transforming America”. One can only wonder as the true nature of Obamacare plays itself out over the next five years and its mandates begin to crush the vitality out of the American spirit, whether citizens might look to something other than the Constitution to save freedom. There is another American document to which they might want to turn. Its first line reads as follows: When in the Course of human events it becomes necessary for one people to dissolve the political bands which have connected them with another and to assume among the powers of the earth, the separate and equal station to which the Laws of Nature and of Nature’s God entitle them, a decent respect to the opinions of mankind requires that they should declare the causes which impel them to the separation. The catastrophe of Obamacare just might be at the top of the list.