I would suggest that if Mitt Romney avoids shooting himself in foot he will win this election, and will win by somewhere around 10 points. That’s good news. The bad news however is that he will likely have to win by double digits in order to survive the Obama campaign’s plan to employ a phalanx of lawyers to somehow wrest factory out of the jaws of defeat. Of course employing underhanded tactics are nothing new from this administration.

As we have seen from the recent obfuscation, manipulation and outright lying on everything from Benghazi to Fast and Furious to last month’s unemployment figures, the Obama administration thinks laws and the truth are for other people. Given their indifference to the concept of honesty in governing, it’s not a surprise that their approach to elections is not that much different.

Let’s take Voter ID laws. Democrats in general and the Obama administration in particular oppose them. They suggest laws seeking to ensure that voters are indeed who they say they are are racist – simply the latest version of the notorious “poll tests” that were used to disenfranchise blacks for decades. Nothing could be farther from the truth. Voter ID laws are specifically intended to fight voter fraud and ensure that every voter’s vote actually counts and is not hijacked or canceled out by someone else. 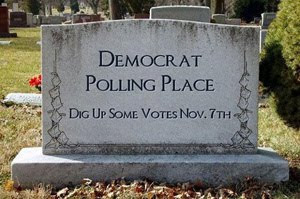 So why would the Democrats and the administration push to fight voter ID laws? Simply put, to cheat. Voter fraud has been around for as long as voters have been going to the polls. From Kennedy carrying Chicago in 1960 to Al Franken stealing Minnesota in 2008, voter fraud has been affecting the American political map for decades, usually (although not exclusively) in favor of Democrats.

Eric Holder’s Justice Department has fought Voter ID laws in Texas, Pennsylvania, South Carolina and other states, claiming that they place an undue burden on minorities and the poor. On its face this claim is simply absurd, particularly as the IDs are free and many jurisdictions offer free rides to pick them up in the first place. It’s also the case that the poor likely already have an ID as they would need one to cash any government checks they might receive.

With a playbook that includes everything from felons or Mickey Mouse or the dead voting to voter impersonation and voting multiple times, Democrat opposition to Voter ID laws is simply an attempt to hijack the electoral process, particularly in close elections. As seen in Texas and Illinois in 1960 and Florida in 2000, close elections can have big consequences.

If fighting against honest elections is not enough to convince you about the abject dishonesty of the Obama administration and Democrats, one need only look to the campaign’s fundraising activities. The Obama campaign raised $181 million in September. It’s not, however, the amount of money that demonstrates their dishonesty, but rather how they raised it. 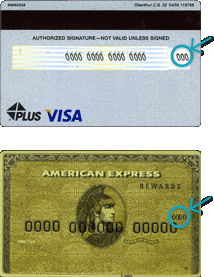 They did so by raising millions of dollars from foreign sources. That’s something of a problem in that foreign donations to federal elections are prohibited by law. How did they do it? By specifically disabling the most basic, industry-standard, security safeguards for online donations. If you’ve ever bought anything online you’ve probably been asked to enter your billing address and the 3 or 4 digit security code from your card. Legitimate businesses and organizations use that information to verify your identity to protect against theft. Not the Obama campaign.

On barackobama.com, while you are asked for your address, that information is not used by the campaign for verification. Indeed, the only information the campaign verifies is the number and the expiration date. If someone in Beijing simply claims to live at 101 Main St. Anytown, USA the campaign takes the donation. And if you think that might just be an oversight, it’s interesting to note that the campaign has not disabled that feature for purchases of merchandise – as they need to send the stuff to an address – only for donations.

Without that verification, it’s impossible to know the source of donations. Given that 43% of the visitors to barackobama.com come from outside the United States, it’s not much of stretch to imagine that much of the half a billion dollars raised thus far has come from foreign donors. Indeed, until news of its background came to light, Obama.com (owned by a Shanghai-based Obama campaign bundler) redirected visitors to the donation page on the campaign website. Now it’s just a blank page. Interestingly, 90% of Obama.com’s traffic came from China.

At the end of the day Barack Obama and the Democrats seek to win and will heavily tilt the scales in order to do so, be it fighting Voter ID laws to soliciting funds from foreigners to manipulating government reports. Thankfully Barack Obama is in the process of destroying his own campaign and will likely take his party down with him. Given that the election is not likely to be close there should be little their army of lawyers can do in court to overthrow the voice of the American voters. Nonetheless, look for an after action review of the 2012 election cycle to suggest that the Obama campaign was one of the most corrupt since at least LBJ. Thank god it will likely be a one term administration.