Is an election a gift for a job well done or a choice about the country's future?

Throughout any given day I normally catch bits and pieces of three or four different talk radio shows during the day. From Rush to Boortz to Hannity to Michael Medved and an occasional Mark Levin peppered in. All are brilliant with their own styles, but sometimes they overlap. At some point last week most of them invited listeners to call in and explain why they support Barack Obama. Invariably the callers sounded like buffoons, and it had nothing to do with anything the host said. In fact, heard Neal Boortz give a number of callers a full uninterrupted 60 seconds to explain their position. It didn’t help.

Now, there are lots of reasons someone might not sound good on the radio. Sometimes callers get nervous knowing that millions of people are listening to them. Other times they miscalculate how long they have and stumble to get through their points. And the truth is, not everyone has the gift of gab and often simply don’t express themselves well. Despite those caveats, the reality is that most callers who say they support Barack Obama have a very difficult time explaining why. He killed Osama Bin Laden, he saved the auto industry, Obamacare will guarantee healthcare for everyone and he ended the war in Iraq are usually the four main points. 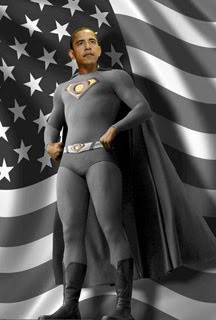 Interestingly, regardless of their veracity, all of those reasons are backward looking. They’re looking to reward the President for things already done. Rarely do you hear Obama supporters say things like “He’s going revive the economy” or “He’s going to jumpstart the American jobs engine” or even “He’s going to lower gas prices or taxes”. And you never ever hear them talk about their candidate reducing government regulations.

Romney supporters on the other hand, can be equally disingenuous: “He’s not Obama.” The difference is, however, typically those supporting Romney are not doing so to punish Obama – although there are certainly those – but rather because they see what Obama and the Democrats have wrought on the country and they want a change of direction.

And that is the key. An election is not about thanking someone for a job well done… or even the Alice in Wonderland perception of a job well done… but rather a Presidential election is about doing what’s best for the country over the next four years. If hiring a President was a reward for a service rendered, John McCain would be president. He served in the Senate for decades, he authored one of the most important (not to be confused with good…) pieces of legislation in decades and he proved his valor and mettle during five years in a North Vietnamese prison.
No, Americans elected Barack Obama because he told a story that inspired millions of followers and supporters. If nothing else, Barack Obama was a brilliant campaigner, albeit with a great deal of support from the media.

But there’s a difference between inspiring a political movement and actually doing a good job of governing. On that score, Barack Obama has been a complete and utter disaster. On virtually every facet of the job, he has failed, and done so miserably… with the exception of not screwing up the plan to find and kill Bin Laden. From the millions of lost jobs to an economy that’s stuck in park to billions lost in his green job boondoggles to $5 trillion in new debt, the Obama administration has been an abject failure. And that doesn’t begin to address the tyranny of the growth of government regulation he has fostered. 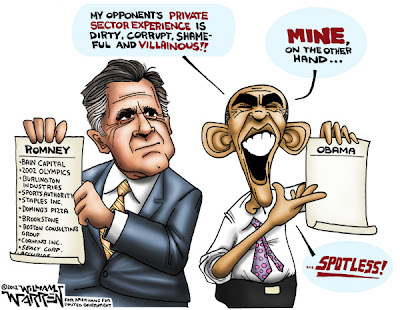 That discontinuity between candidate and executive is at the heart of the decision Americans are being asked to make in November: Barack Obama is a brilliant candidate, but a disastrous executive while Mitt Romney is barely adequate as a candidate but has a proven record of success as an executive. Do voters want someone who talks a good game but actually manages it poorly or would they rather have a guy who mumbles his words but actually manages the game very well?

The key to the White House comes down to this: Are those voters who were willing to overlook the holes in Barack Obama’s resume in 2008 in order to make a leap of faith in an historic election going to overlook the fact that those very holes are today filled in with failing marks? There’s an old saying “Trick me once shame on you… trick me twice shame on me.” Let’s hope they’ve learned Barack Obama’s tricks over the last four years…

Here's What's At Stake If Smith and Wesson Loses Its Case Against New Jersey
Townhall
'Our freedoms do NOT belong to you': Hillary Clinton just absolutely REKT for sending completely tone-deaf tweet on vaccinations and LOL
Twitchy
'Antiracist' Doctor Finds Little Sympathy After Rant on White Woman Who Asked if She Was a Retail Clerk
Redstate
The COVID-19 Test No One Is Talking About: Make Sure Your Children Have It Before They Are Vaccinated
PJ Media