What we can learn from Thomas Jefferson and Star Trek... a recipe for limited government

How many people marry the first person they ever kiss or date or even have sex with? Not that many. The average age an American loses their virginity is 17 while the average age they get married is 27. Nonetheless, despite a decade in the dating pool, experiencing everything from one night stands to years of living with someone, when people finally take the plunge, half of all marriages end up in divorce.

There are lots of things that one might take from that observation, but the thing that is most compelling is that despite their best efforts, people are not perfect. They make mistakes. After spending the first 10 years of their adult lives trying to get it right for what is arguably the most important decision of their lives, half the population still gets it wrong and asks for a “do over”. Despite all efforts to make a good decision, half the time we get it wrong. And that’s with everyone involved seeking a common goal!

So the question is: If, with everyone involved seeking to do what’s in their and their partner’s best interests, we get it wrong half the time, how often does government, with its myriad players involved, many promoting conflicting, even mutually exclusive positions, get things wrong? No doubt far more often that individuals earnestly seeking a lifetime of happiness. 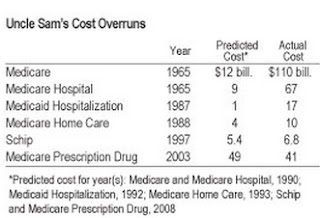 Unfortunately with government, unlike marriage, rarely, even in the face of abject failure, does a law or regulation get thrown out. Once a law is on the books, they almost never come off regardless of their cost or efficacy. Of course if it were only a few laws there wouldn’t be much of a problem. It’s not a few. In terms of actual federal laws, today there are somewhere in excess of 20,000 on the books. That is nothing when compared with the regulations those laws have spawned.

The Code of Federal Regulations is the list of all of the regulations of the United States – which are based on the bills passed by Congress and signed into law by the President. Today the Code contains over 150,000 pages of regulations. And those regulations are growing fast. In 1970, 183 years after the Constitution was ratified, the Code contained 53,000 pages. Today, a mere 40 years later we’ve actually added 100,000 more. And the pace is actually increasing and becoming more onerous.

If these regulations had little impact on our lives it wouldn’t matter if there were millions of them. Unfortunately their impact is anything but little. Federal regulations alone (and there are lots more laws at the local level) cost Americans over $1 trillion per year, or approximately 7% of our GDP and more than we actually pay in income taxes. And those are just the direct impact costs. Imagine how many companies are never started, how many would be entrepreneurs settle for secure government jobs, or how many companies fail because of the phalanx of federal regulations? No doubt the number is huge.

This leviathan of government regulation is made all the more worse because it has spawned an army of millions of federal government employees and lobbyists, none of whom wants to put themselves out of work. The intractable problem of government growth and increasing regulation will not solve itself. It’s going to take brute Constitutional force.

A Constitutional Amendment should be passed that states that all federal laws have an implicit sunset provision of 10 years unless it passes each house of Congress by at least 60%. It would also stipulate that all federal regulations would sunset after 10 years, regardless of the margin of passage of the underlying law. The effect of this Amendment would be a greatly diminished the number of zombie like federal regulations that never die, regardless of their cost, efficacy or unintended consequences. Each sub 60% law would have to be re-authorized each decade.

The most obvious impact of this change would be that politicians and bureaucrats would no longer be able to spin yarns about milk and honey without any accountability. At the time of reconsideration, each sub 60% bill (or every regulation) would have a decade’s worth of hard data to analyze, making it far more difficult to hoodwink the public with rosy scenarios that have no basis in reality. The beauty of this proposal is that it would force legislators and regulators to defend a law’s actual results rather than opine on its promised virtues. Given that most government programs cost more than projected, rarely work as promised, and often have significant unintended consequences, a decade should be a long enough time to inflict any law or regulation on the country and her citizens.

This proposed Amendment would apply to all existing laws and regulations, giving each 10 years from the day of ratification before it expired. The result of this would be immediate and twofold: It would dramatically slow the growth of government and regulations while simultaneously beginning to make government more efficient. By forcing politicians and bureaucrats to focus on defending their existing laws and regulations (AKA power) it would immediately diminish their incentive to create new programs. At the same time, given that politicians and bureaucrats would have to argue against a law’s or a regulation’s actual consequences rather than it’s promised benefits, it would force them to focus their attention on producing demonstratively positive results rather than just spending more money or accumulating more power. 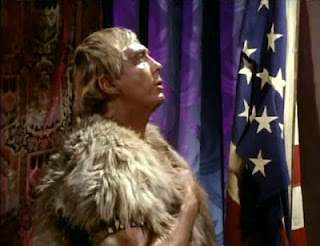 In the Omega Glory episode of Star Trek Captain Kirk and company come upon a planet where the inhabitants are speaking the garbled versions of the words of the Pledge of Allegiance. The people don’t know the actual words or even what they mean but do so because that was what has survived through the generations. In a similar way, when laws and regulations (and the bureaucracy they spawn) calcify and become completely detached from the original goal for which they were established, they cease to be proper tools of government and instead become simply another instrument of government power and coercion. By putting in place a mechanism for objectively evaluating the success or failure of government actions in relation to the problems they were intended to address, this Amendment would both demand real accountability on the part of government as well as give citizens a reason to remain engaged in its workings.

I can think of no better mechanism for putting Thomas Jefferson’s words into action: