Obama is like Lincoln... My take on Hollywood's heartwarming paean to Barack Obama

I’ve just sat through the 17 minute homage to Barack Obama narrated by Tom Hanks. How is it possible that Barack Obama’s approval rating is even close to 50%? Why isn’t it 100%? According to Hanks, Barack Obama is the real deal. Fearless. Intrepid. Selfless. And most of all: Successful. Like Lincoln before him, the events of the day forced his hand and the resulting display of courage and skill showed the greatness of the man.

Like most of what Hollywood creates, this movie is fiction, utterly devoid of a real connection to the real world. In reality, Barack Obama is easily one of, if not the worst President in American history. If he were a contestant on Jeopardy he would have a five digit negative score.

The crime in Hollywood however is not being inaccurate, it’s being boring. If I were writing a script for our hero President it might include a bit more action.

Here’s an outline of my script: 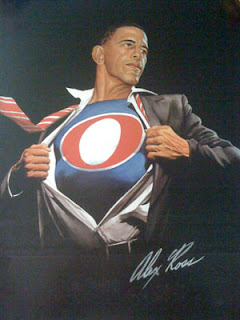 It’s a cold November when the economy is in turmoil, and Americans are trudging to the polls in the final climax of a battle between the proxy for the hated oil industry President and the beloved man of the people. Finally night fell and victory is his. The despot from the state of Texas who led the country into two wars and lined the pockets of his Big Oil friends had been vanquished – along with is would be successor. America now had a leader worthy of respect where Americans could once again be proud to say they’re American. This new President is going to save the planet from turning into a fireball, make sure fairness and equity reign supreme and make America respected again around the world. He’s going to stop the bloodletting, both fiscal and actual and like Lincoln before him, he’s going to save America. Americans weep in the street at their good fortune.

Our Protagonist in Chief rolls up his sleeves and gets to work. The first thing he does is pass a three quarter of a trillion dollar stimulus bill that will rebuild the infrastructure of America, bridges, roads, railroads… the literal foundation of the country. More importantly, it’s the working people that count and his bill is going to put Americans back to work and keep the unemployment rate from even approaching 8%, 1% lower than it would be without his brilliant plan. At the 11th hour, after a knock down drag out fight our hero signs the legislation into law and the economy is saved. The country lets out a collective sigh of relief. That was close.

Next our hero turns his attention to saving the tens of millions of Americans who are at risk of dying in the street because of the healthcare system leaves them to suffer at the hands of the greedy pharmaceutical companies. A minor bump in the road to salvation is experienced when the lionhearted Ted Kennedy passes away and is replaced by the milquetoast Scott Brown. No problem. After much hand-wringing our hero saves the day as he maneuvers around Brown and the Patient Protection and Affordable Care Act is passed. Americans from coast to coast are now finally safe from medical tyranny. Bells are ringing in the street as people gather in public places to give thanks for their having elected such a brilliant tactician.

Our bold young hero is recharged and poised to take on the scourge of red ink that is bedeviling the government and constraining its ability to serve its citizens. But before he can implement his secret plan to return to fiscal rationality the nation is confronted with the news that things are far worse than he might have ever imagined. This calls for something audacious. Deficits be damned! Our hero throws caution to the wind and has his minions write three budgets in a row that bust the bank. He doesn’t want to, but in the face of such great economic danger, and despite the potential danger to his legacy, he knows he must.

Fast forward in my movie to three years later and all is right in the world. Our hero has vanquished all evils and after playing a few rounds of golf per week is rested and ready to take on all comers. He has delivered the nation from the brink of Armageddon and to the land of milk and honey.

As we see the silhouette of our intrepid hero against the setting sun we understand that he is anxiously awaiting the next day to arrive so that he can once again share his greatness with America and all of humanity. If only the citizens would repeal the 22nd Amendment America he could spend his life making their lives better.

Unfortunately for actual citizens, my story too is fiction. Three years after our hero takes office, virtually everything he has touched has turned to a disaster. His $787 billion stimulus plan not only did not keep inflation from getting to the 8.8% he warned of, but it bumped up against 9.9%, a full two points higher than what his plan was supposed to produce. Not only that, it created almost no jobs and those that did were ridiculously expensive.

Almost exactly two years after his ObamaCare mandate passed the CBO now suggests that rather than costing a mere $938 billion over 10 years as the President suggested, in reality it will cost at least $1.4 trillion, and it has already increased costs for private insurance and it’s not even fully implemented yet.

Finally, our savior’s 2013 budget. Rather than saving $3.2 trillion over 10 years is in actually going to increase them by $3.5 trillion over the decade. 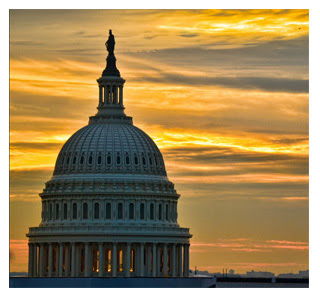 In reality, as the movie closes it is not our hero that we see, but rather the crumbling silhouette of once great nation growing faint against a setting sun, not unlike Athens’s Parthenon or Rome’s Coliseum that suggests a long gone past glory.

If Americans want to watch fiction about a mere mortal who overcomes great adversity to become a demigod I might suggest Braveheart or Gladiator rather than this paean to Barack Obama. At least in that case it’s a pretty straightforward transaction where you spend a few bucks for a couple of hours of good entertainment. In the case of this Obama fiction you are not only being asked to sacrifice 17 minutes of your life, but when it’s over you’re being asked (or told) to sacrifice your liberty and property too. If nothing else it certainly brings a tear to one’s eye…