Herman Cain is the only person in the GOP field who has significant experience running a private company from the perspective of an operator. Yes, Mitt Romney has significant experience in business, but for the most part his experience is as a consultant or an investor rather than as an operator. When I say operator I’m talking about being in charge of making payroll, worrying about regulators – local, state and national – setting policy and executing, all while inspiring employees to succeed and earning a profit. Those are the kinds of things that Herman Cain has done – more than once. He revived a moribund Philadelphia Burger King unit with 400 floundering stores. He slashed the fat from a money losing Godfather’s Pizza chain and returned it to profitability… and eventually bought the company himself.

As an operator Cain was on the front lines of the single biggest threat to the economic health of the United States today: Government regulation. As such, Cain understands exactly what needs to be done to free up the nation’s entrepreneurial spirit. Of course he’s also led a major national organization, the National Restaurant Association, sat on the board of Fortune 500 companies like Nabisco and Whirlpool and spent seven years serving in various capacities (including Chairman of the Board) of the Federal Reserve Bank of Kansas City.

Cain’s hands on experience actually running businesses and his oft articulated dedication to a constitutionally limited government make him the best choice amongst the current GOP lineup to lead the country out of its economic malaise. Not to forget 9-9-9 as well. Unfortunately for him however, while paring back government to spur innovation, investment and prosperity is the single most important job of the next president, it’s not the whole job. As such I have two main concerns about Herman Cain today.

Firstly I’m troubled by his lack of big picture thinking on foreign affairs and national defense. From his “listen to the experts” approach to Iraq and Afghanistan to his apparent confusion about Obama’s Libya policy to his lack of clarity the Palestinian “Right of Return”, one is not left with a feeling of great confidence. I might suggest however that the “out of his league” impression he leaves might not necessarily be fatal. Given that the next president’s single biggest priority must be a “laser focus” on reviving the American economy, having someone comfortable in international affairs is not a priority. But having someone competent with a strong team is. A coherent policy on foreign affairs is vitally important in a global economy. At the same time, with an ever changing cast of rouge characters around the world, national security must be an integral part of the foreign policy equation. As such, Mr. Cain could ameliorate the reservations many have about his international relations aptitude and skillset by immediately recruiting John Bolton to lead his foreign policy team and giving him a supporting cast made up of people like Max Boot and Dinesh D’Souza. 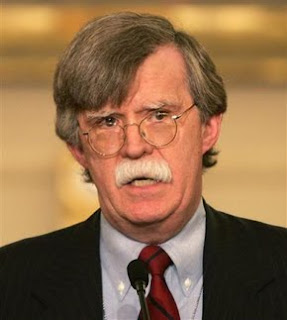 I’ve never believed that a presidential candidate needs to know the names of every leader and would-be leader in every country around the world. They must however have (and articulate) a relatively clear general approach to foreign affairs and have a basic familiarity with the major issues of the time. By harnessing such a clear thinking, well respected and no nonsense champion like Bolton to drive his foreign and defense policies, Cain would in one decisive moment demonstrate his intent to field a serious foreign policy team that would implement a robust and American centric (as opposed to an international or global centric) foreign policy that would both comfort allies and put enemies on notice. A John Bolton led team would immediately give voters confidence that while Cain may be weak on the specifics, he understands the importance of foreign affairs and defense policy to the job he is seeking and signal his administration’s intent to give them the level of attention and resources they deserve.

The second concern with Cain has to do with the harassment accusations. As I wrote at the time, I doubt the veracity of the charges. My concern however is that given more than a week’s notice the campaign seemed to be so unprepared once the issue became public. A week’s notice and they seemed befuddled. That falls on Mark Block, Cain’s campaign manager. As does his setting up of the disastrous interview with The Milwaukee Journal Sentinel a couple of weeks later. Together these two self 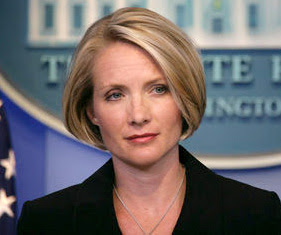 inflicted wounds may have sunk the Cain campaign. As such, if the campaign is going to find its footing again Mr. Cain should replace Mr. Block, or at a minimum partner him with someone like Dana Perino who’s better attuned to the what a presidential candidate should and shouldn’t be doing and saying out on the campaign trail. Loyalty is laudable, but when that loyalty endangers the raison d’être of the endeavor in the first place, it becomes a liability. The greatest thanks Mr. Cain could pay Mr. Block’s efforts would be to become President Cain rather than candidate Icarus who fell from the sky without ever achieving his objective.

Mr. Cain frequently talks about looking to “experts” on a wide variety of issues. Certainly a multitude of said experts are necessary to lead a nation of 300 million people, administer multi trillion dollar budgets and operate in an international arena of constantly shifting alliances and relationships. Candidate Cain asks the American people to have confidence in his ability to draw on the expertise and skills of others to supplement his knowledge and experience. He could earn that confidence reaching out and harnessing the skills of such experts today to help him become President Cain. If he can’t engage experts now, to help him revive his campaign and help him win the presidency in the first place, we’re probably better off not seeing how the policy would have been implemented once he entered the Oval Office.

Bill Maher Notices Something Odd About These Transgender Kids
Townhall
Guy Benson compares MSNBC, CNN graphics on Ga. early voting to what they were pushing last year
Twitchy
Durham Drops Another Bombshell, Reveals FBI Lied About Hillary Clinton-Supplied Disinformation
Redstate
My Biden-Voting Friend Had 'No Idea' Things Could Get This Bad. Buckle Up, Buddy, We're Just Getting Started
PJ Media