Two weeks ago the Supreme Court agreed to decide the constitutionality of President Obama’s signature piece of legislation, the Patient Protection and Affordable Care Act, better known as Obamacare. 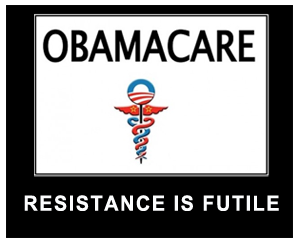 In a surprising act of courage, the Court agreed to decide the divisive case in the midst of what will certainly be one of the most viscerally contentious elections in a century. To their credit, when they could have easily kicked the can down the road and waited until after the election to take the case, they did not. Not only did they accept the case, but they allotted an unprecedented 5 ½ hours of oral argument for it. They fully recognize that their decision will have significant political implications. Not in the sense that it will sway voters one way or another (which it will certainly do) but in that it gives voters the opportunity to take into account the consequences of their 2008 votes when they walk into the booth in November.

However the Court decides, the consequences of that election will be laid bare. It’s not often that voters get such a clear, definitive beginning, middle and potentially end of such a consequential piece of legislation – at least from a legal perspective – within one election cycle.

The central question in the case is a relatively straightforward one: Does the federal government, under the Commerce Clause, have the power to force Americans to purchase health insurance?

(Congress shall have Power) To regulate Commerce with foreign Nations, and among the several States, and with the Indian tribes;

The foundation for the administration’s argument that it does indeed have that power lay in a case handed down by the Supreme Court in 1942, Wickard v. Filburn. That case gave the stamp of approval to the Agricultural Adjustment Act of 1938, which allowed the federal government to regulate economic activity:

In 1940 an Ohio farmer, Roscoe Filburn grew more wheat than the government allotment allowed. They fined him. He sued, stating that his wheat was for his own use on his farm and therefore was beyond Congressional reach. In a legal gerrymander that would put any politician to shame, the Court decided that as Filburn’s exceeding his quotas would result in him buying less wheat in the local markets, which in turn led to less wheat traded in those markets, he was impacting interstate commerce; therefore Congress did indeed have the power to limit his production.

Twisting Fillburn’s already tortured logic, the Obama administration has decided that now it can force all Americans to purchase healthcare. The why is that society has to pick up the tab when uninsured people go to the emergency room. The how is where Filburn comes in. By virtue of the fact that the money people spend on healthcare for the uninsured (through higher taxes and higher insurance premiums) cannot be spent to purchase goods and services they might otherwise purchase, healthcare therefore impacts interstate commerce. As such, Congress has the power to regulate healthcare and can compel people to purchase health insurance.

That is the logic the Democrats used as they force fed Obamacare down the throats of the American people. 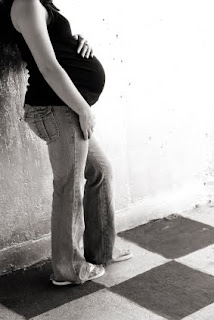 If this logic is acceptable, the question becomes, is there literally anything the government cannot do? For example, perhaps a future Congress might want to ban premarital sex? What? No way! Really? How? Here’s how: The United States spends hundreds of billions of dollars every year capturing, trying and keeping criminals locked up. Seventy percent of prisoners come from households without fathers. Given that the single biggest contributor of kids growing up without a father is out of wedlock births, the most straightforward way to ameliorate that problem is simply banning premarital sex. As the progeny of premarital sex drive expenses in the criminal justice system, which in turn reduces the amount that can be spent on airline tickets or pencils or hotel rooms, or bingo games, Congress can legislate it.

Sure, that sounds like a stretch, but then the history of the Washington borg is legion. The EPA was set up to clean the air and water and now it fines farmers for spilling milk and wants to regulate the stuff we exhale. The Department of Energy was established as a result of OPEC bringing the country to its knees with oil in 1973 and today it’s pretending to be a venture capital firm as it pours tens of billions of taxpayers’ dollars down politically connected green energy rat holes like Solyndra and Beacon Power. How about NASA? The National Aeronautical and Space Administration used to be about putting men in space and on the moon but today we pay Russia to send our astronauts into space and the agency’s number one job is to: “to find a way to reach out to the Muslim world and engage much more with dominantly Muslim nations to help them feel good about their historic contribution to science, math, and engineering”. Obviously the notion of banning premarital sex to save money on prisons is ludicrous, but based on Washington’s track record that doesn’t even matter.

The outcome of the administration’s logic suggests that there is nothing in our $14 trillion economy that could not be said to impact interstate commerce. Nothing. Growing tomatoes in your back yard rather than buying them in the supermarket; staying at home instead of going out to the movies; sewing the hole in a child’s pants rather than buying a new pair; sending your kid to a private or religious school rather than the dysfunctional public school down the street. If this expansion of the absurd logic of Filburn is allowed to stand, there will be literally nothing the government cannot make you do or keep you from doing. At that point there will be no freedom left in America. First to go will be what’s left of economic freedom, followed shortly thereafter by political and then religious freedoms. Once those are gone, how much is really left of America at all?