A high IQ and a Harvard degree do not necessarily equal smart...

As the American frontier was being settled, it was not uncommon for a man to be a jack of all trades and perhaps a master of none. Often a settler would have to clear his own land, build his house, hunt and grow his family’s food as well as provide 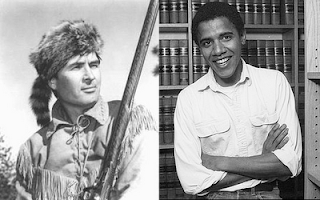 protection of life and property. Frontiersmen (and their families) were, for the most part, self sufficient. That didn’t mean they were not part of a community that often provided support in times of need. Quite the contrary, but at the end of the day people understood that they were responsible for most of the things that needed to be done in their lives.

When the industrial revolution took hold and Cyrus McCormick freed the population from the yoke of the farm, the division of labor took off took off and with it the upward march of the American standard of living.

Today, division of labor is all around us. We have scientists, doctors, computer programmers, real estate agents, policemen, accountants, and hundreds if not thousands of other specialized occupations. And it’s not just occupations; it’s the basic parts of life: Someone else brings our food to the store or our order to our table, builds our cars, ensures we have clean water, generates our power, drycleans our suits, babysits our kids and invests our money.

Today we are the opposite of the frontiersmen, we are Jacks of few trades and (maybe) masters of one. Basically, Americans have outsourced much of their daily lives to others… and I don’t mean to China. They focus on what they do well, or at least what they do, and leave the rest to others. As a nation and as individuals, we are far more prosperous as a result.

The problem however, is that as Americans spend so much time focused on their siloed lives, they have outsourced their political fate to others. As a result the government has grown virtually unchecked for half a century and today the borg of government is the single most powerful player in the life of every American citizen. What’s worse, not only have they allowed the government to grow into a leviathan, but they have also outsourced the selection of that government to campaign managers who run slick campaigns showcasing vapid politicians who speak in platitudes and make empty promises. Or to a media that largely marches in lockstep as it challenges a hated conservative or deifies the candidate of its choice.

Today we have the logical conclusion of the American outsourcing of its political will. We have someone running the American government – and using it to try and micromanage the economy and the lives of every citizen – who is literally clueless on the most basic elements of economics. How is that possible?

Strangely, American voters have done in politics something they would never do in their own lives. Your uncle may be the best accountant in the world, but you’re unlikely to let him take out your child’s appendix. Your brother may be the best basketball coach on the planet, but you are not going to let him manage your 401K. Why then would Americans allow someone with few discernable skills beyond engaging an audience to run their government?

Barack Obama was a law professor, a rabble rousing community organizer and a 1/3 term US Senator. What in that CV indicates he is even remotely prepared to successfully navigate an organization that spends $3 trillion a year and impacts the life of every single American, every day? So he gets people excited at rallies and promises hope and change… Were Americans really that stupid? Yes. And it’s not just the average Joe. Most of Silicon Valley’s money goes to Democrats and went to Barack Obama. These guys, Mark Zuckerberg, Sergi Bren and the rest are pretty smart. What gives?

Because they mistake high IQ with smart, or in this case, a Harvard pedigree with someone equipped to run the country. While the two may overlap, they are not synonymous. Jimmy Carter may have had the highest IQ amongst modern presidents, and we all know how that turned out.

A voluntary division of labor is a compact. Everyone does what they do best and everyone wins. That compact only works if the civic framework that keeps it viable and voluntary survives. That framework is on its last legs. President Obama’s government wants to tell you who can provide your healthcare, where companies can locate their plants, how property owners can use their land and how much you can earn before the government confiscates most of your income. How far a stretch would it be for them to decide what job you are best qualified for and then streamline (or steamroll) you into it?

Americans need to step back from their televisions and for the first time in two generations remember the basic notion of what a presidential election is about. It’s about two things: Who will run the federal government and what should that government do.

A vote for a president is not like a vote for homecoming king. It’s not a popularity contest. It’s a vote for how much they want the federal government messing around in their lives.

At the end of the day a voter should concern themselves with a candidate’s philosophy – how he or she sees the role government in the lives of its citizens – and their track record of leading an organization. Throw in a candidate’s integrity and those two things will tell a voter everything they need to know about a presidential hopeful. They will tell a voter what a candidate wants to do and how likely they are to accomplish it.

If Americans want to continue enjoying the economic and social benefits provided by a division of labor, where they have the luxury of focusing on things they love or are skilled at, they had better figure out how to rein in government. In 2012 they will have that opportunity. Between Herman Cain, Rick Perry and Newt Gingrich they have three candidates who are less than perfect, but who philosophically all share the goal of shrinking the government and promoting individual responsibility. That’s half the battle right there.