At least when a pirate takes your money, you know its going to create real jobs in the rum industry... 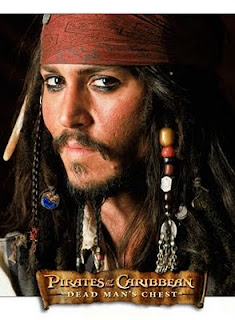 Many of us look at guys like Alex Rodriguez earning $30 million a year or Johnny Depp earning $50 million or Larry Ellison earning $130 million and wish we could exchange paychecks with them. But then of course we’d have to do what they do in exchange for those paychecks, something which most of us are unlikely to be able to accomplish. That is of course the beauty of free markets, where what you earn is relative to not just the value you bring to an organization, but the relative scarcity of potential replacements who can provide that same value. Take as an example a fireman. Firemen do things that everyone values. When you are standing there and your house is burning down, you value what a fireman does more than anything Angelina Jolie, Bill Gates or Dr. Dre will ever do. Let’s say the average fireman makes $45,000 a year in salary and benefits. Does Johnny Depp’s $50 million compensation mean that his job is 1,000 times more important than the fireman’s? No. The difference is that while Johnny Depp is one of only a handful of actors who can almost guarantee to make a $150 million movie into a blockbuster, there are tens of thousands of people who can and will train to become firemen. Although Hollywood is full of actors who might be willing play the role of Jack Sparrow, the discount DVD bin at Wal-Mart demonstrates clearly why Disney was willing to pay Depp tens of millions of dollars to reprise his role.

In a free market, as what someone earns is largely determined by the value they bring to whoever is writing the check, and how many other people can provide that same value, people can do a variety of things to increase their income by increasing the value they bring to their employer. They can get more or a better education. They can train at their craft to become more skilled. They can learn more skills so they can bring value in other areas.

Wherever your skills, education and efforts have landed you, you probably feel like you work pretty hard and earn your paycheck. Now imagine on having a job paying $95,000? That sounds pretty good. Now imagine that in exchange for that $95,000 you don’t have to actually do anything. Well that was the case with Solyndra. Not that the employees weren’t working hard and trying to create a successful company, they very well might have been. The problem is that the business they were in was simply not sustainable. As is seemingly always the case with “green jobs” everywhere, they can’t survive even the most basic elements of a competitive marketplace. Of course if an investor wants to put their money there, that’s their right. Invest in something you think has legs. Maybe you’re right, maybe you’re wrong. Give it a shot. That’s how free market capitalism works.

Unfortunately however, that’s not what happened at Solyndra. The Obama Administration decided that American taxpayers should tip the scales by putting up half a billion dollars for a company that spent $6 to manufacture a solar panel that it could then turn around and sell for $3. A four year old would recognize that was a recipe for disaster. Even a few people in the Administration saw that there might be a problem. Not only did they know it was problematic before they gave the guarantees, but they had to bend the rules half way through to let the company take all of the money guaranteed even after Solyndra failed to make it’s required payments. 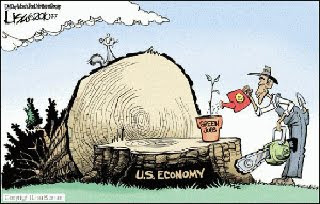 Just in case you think the Administration was chastened and might have learned from its mistakes, think again. Just last week the DOE handed out another $5 billion in loan guarantees to other “green jobs” companies – one of whom is owned by Nancy Pelosi’s brother in law. In the case of one of those projects, the Crescent Dunes Solar Energy Project, the Obama Administration officials signed off on $737 million in loan guarantees for a project that will result in 600 construction jobs and 45 permanent jobs. That works out to $1.245 million per temporary job or $16,600,000 per permanent job. Those numbers are getting up into the Matt Damon pay range. Of course that’s not what those workers are going to be paid, but if Solyndra is anything to go by, they will be earning $100,000 or so per year. Good for them. I’m happy to see anyone earn whatever they can earn. The problem is, however, that the companies paying their salaries are not viable entities. They can’t survive without government support. And government support doesn’t come out of thin air. It comes out of your pocket in the form of taxes. Imagine if the government weren’t wasting these billions of dollars… your $75,000 paycheck might look like $80,000. Who would you rather have that extra $5,000 per year, you and your family or the people running the next failing “green jobs” basket case?

If the American people want to spend $5 billion investing in the future, I’d suggest they follow the path laid out by PayPal founder Peter Thiel rather than the one crafted by community organizer Barack Obama – i.e. more taxes and more money to floundering green companies. Thiel is paying a handful of students $100,000 to drop out of college and spend two years becoming entrepreneurs. They get a guaranteed paycheck, they get mentoring from Thiel and others in the venture capital world, but most importantly, they spend their time seeking to create, invent and develop technologies or products or services that will change the world.

To put this is perspective, the typical VC investment scenario plays out as follows: They lose money on seven out of ten investments. They break even on two out of ten. One of the ten is sufficiently successful that it not only pays back everything that was invested in it, but it covers the losses of the seven and makes money on the whole project.

If that kind of an approach were applied to the money the DOE is throwing down the “green jobs” ratholes, at least we’d have a chance to recoup our money and maybe find a technology that could actually survive in the marketplace… Of course the best thing to do would be to get the government out of the “investing” business all together, and let you keep your money. That $5 billion giveaway to the greenies works out to about $16 per person. If you had it back you might be able to go and see the latest Johnny Depp movie and help the studio pay his hefty salary. You might even have enough left over for a bucket of popcorn.