If Barack Obama were prone to conspiracy theories, he might think the last couple of weeks were part of a plot orchestrated by Jimmy Carter to salvage his own legacy. 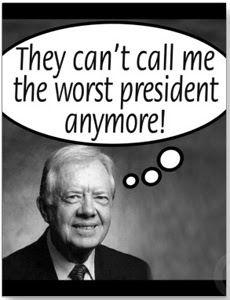 trillion over the next decade. The immediate result is United States government debt being downgraded for the first time in history, something Treasury Secretary Tim Geithner stated unequivocally would not happen only the week before.

Soon thereafter the Fed looked into their crystal ball and decided that economic prospects were so bad that they had to take the unprecedented step of publicly stating that they would be leaving interest rates near zero until mid 2013. It seems as if Keynesians never see – nay recognize – failure, they simply see another opportunity to try and do the same thing over again, only each time a bit bigger.

Up on Wall Street things weren’t going any better. The Dow dropped 600 points the day after the downgrade and it has spent the subsequent two weeks on a daily triple digit roller coaster. All together the market is down almost 10 percent since the beginning of the month.

Those things are tough, but they don’t really add up to much of a conspiracy. Hey, the unemployment rate went down… from 9.2% to 9.1%, that can’t be a bad thing. Unless of course that decline is the result of more people simply throwing in the towel and giving up looking for a job at all. Add to that the decline in productivity and the increase in labor costs and things start to look rather bleak. All this while Obama’s approval ratings slipped to the lowest levels of his presidency.

Across the pond, as if to add gasoline to the proverbial fire, the socialist Mecca of Europe is crumbling from within. In the UK you have waves of chaos and riots perpetrated by youth who’ve spent their lives suckling at the public teat. The little rascals are ostensibly rioting against the police and government budget cuts, but seem to take particular joy in burning businesses and stealing jewelry and electronics. In Greece strikes and protests continue unabated while in Italy Silvio Berlusconi is fighting to keep his country solvent. It’s so bad over there that George Soros is recommending that Greece and Portugal pull out of both the EU and the Euro.

While it’s unlikely that Carter had a hand in any of this, the fact that the Consumer Confidence index is at its lowest level since he was President must give him some hope.

As if an economy on life support was not bad enough, on Saturday Rick Perry finally made it official and announced he was running for the GOP nomination to succeed Barack Obama.

If Perry gets the nomination it will set up a match Vince McMahon could only dream of. For the first time since Jimmy Carter occupied the White House, Americans will have a crystal clear choice between two philosophies that are diametrically opposed to one another.

In one corner you have Barack Obama who is leading the progressive charge that seeks to turn the United States into the train wreck that is Western Europe. In the other corner you have Rick Perry, an avowed 10th Amendment fan, a fierce advocate of small government and an unabashed believer in American Exceptionalism. 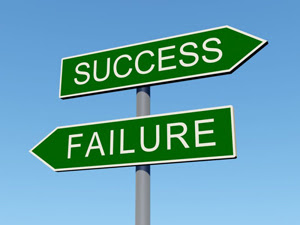 Rarely is it the case that voters have such a clear choice between philosophies of government. One need look no farther than the housing market to understand the consequences of the choice to be made. (Pick up a copy of Thomas Sowell’s The Housing Boom and Bust for a full telling of the tale.) California, one of the most unaffordable places to live in the country – not coincidentally the most regulated state in the Union – has seen massive bloodletting in the housing market as a result of the burst of the real estate bubble. Tellingly, despite the massive declines the state is still one of the most expensive places to live in the country. Texas on the other hand – largely due to its dearth of regulation – never experienced a bubble and its real estate has continued to appreciate throughout the recession. At the same time while California has an unemployment rate sits near 12% Texas’s is at 8.2%. And of course the state’s economic growth rate is almost double California’s and it has no income tax while California’s is amongst the highest in the country.

Barack Obama of course is not the Governor of California, he is the President of the United States. California is however the embodiment of everything Barack Obama holds dear, overarching regulation, high taxes, enormous social spending, an illegal alien and union paradise all under the watchful eye of an unassailable green lobby. Given his druthers Obama would indeed turn the United States into California.

At the end of the day, the progressive vs. freedom comparison that Rick Perry offers does not bode well for Barack Obama. No candidate provides a starker contrast of philosophy, and more importantly, actual results, than does Perry. (During the decade he’s been governor Texas has produced more jobs than the other 49 states… combined.) Of course he still needs to secure the nomination, but don’t be surprised if FEC documents show a large donation to the campaign chest from an anonymous donor down in Plains, Georgia.