The past week has been a nothing if not confusing… From the President talking about his plan which mysteriously no one ever saw to John Boehner fighting off an attack from Tea Party “Hobbits” because they said his plan was almost interchangeable with Harry Reid’s. As of Sunday night the Boehner, Reid, Obama triad had cobbled together something that “cuts” federal spending by $2.4 trillion while raising the debt ceiling by about the same. Finally! Some clarity that makes this mess easy to understand for we simpletons…

Not so fast… Just a quick question… if federal spending is going to be cut by $2.4 trillion, why do we need a debt limit increase? In 2012 the federal government is expected to take in $2.2 trillion in taxes yet spend $3.7 trillion, $1.5 trillion more. Well, if you take $2.4 trillion in spending cuts out of a $3.7 trillion budget, you should have expenditures of only $1.3 trillion. That must mean that taxpayers should be getting $900 billion of the $2.2 trillion they will be paying in taxes back. Stupendous! Imagine, when people work together there is no limit to what they can accomplish.

Don’t spend that refund check just quite yet… Unfortunately, real numbers and accounting clarity are not Washington’s strong suit. The $2.4 trillion in savings doesn’t come from next year at all. It comes out of the projected INCREASE in federal spending over the next ten years. So, not only is this magical $2.4 trillion cut not come out of actual spending, it isn’t even cutting all of the expected deficits over the next decade. 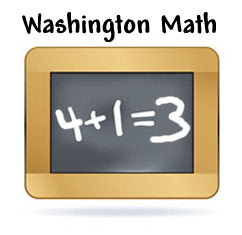 Let’s see if I can explain this. The Congressional Budget Office has what they call the Baseline. That Baseline is basically what would happen over the next decade given current projections of spending and tax revenues. According to its January 2011 estimate, the CBO predicts that Uncle Sam will run a total deficit over the next decade of $7 trillion, or an average of $700 billion a year. Wow, $700 billion in deficits a year for a decade! Tax revenues must be expected to fall off of a cliff… Actually, no. They are expected to more than double to about $5 trillion in 2021 from $2.2 trillion this year. Unfortunately however, by 2021 the federal expenditures are expected to grow to $5.7 trillion from today’s $3.7 trillion.

According to Washington math, if the federal government decided to simply stop growing today, and spend only $3.7 trillion a year (which is what they will spend in 2011) for the next decade, that would be a $9 trillion spending cut. ($37 trillion in outlays vs. the CBO’s current $46 trillion projections.) Only in Washington can you spend the exact amount of money yet pat yourself on the back for cutting spending. And there is a bonus. If they were actually to do that, the federal books would go from a $7 trillion deficit to a $2 trillion surplus.

And just to put this in a bit more perspective, freezing at current levels would be enshrining the ludicrously high annual outlays that Barack Obama put in place – up from $3.1 trillion two years ago, which itself is up from $1.8 trillion when George Bush became president. In 2000, the United States had a population of almost 300 million people and a federal budget of $1.8 trillion. By 2011, while the population had grown 3% to 311 million people, the federal budget had grown by over 100% to $3.7 trillion. By 2021 the population is expected to grow by 9% to approximately 340 million people. The federal budget however is projected to grow 65% to $5.7 trillion. So in a period of a mere two decades federal spending will have grown from approximately $6,000 per person in the United States to $16,700 per person.

Let that sink in. By 2021 the federal government will be spending $16,700 for every man, woman and child in the country. They will also be collecting $14,300 for every person in taxes to pay for it and borrowing another $2,000. We’re almost there. How do things feel so far?

That’s exactly what the Tea Party congressmen were fighting against when they were pilloried by the Wall Street Journal, Bill Krystal and John McCain. They don’t want faux cuts that make for nice headlines but do nothing to rein in spending and begin to put the country’s fiscal house in order. They are not even talking about rolling expenditures back to what they were when Barack Obama took office, not to mention the glory days when Bill Clinton left us with a surplus driven by a “Peace Dividend”. No, they are simply talking about freezing spending where it is today and cutting the hundreds of billions of dollars in waste to finance the growth in critical programs. 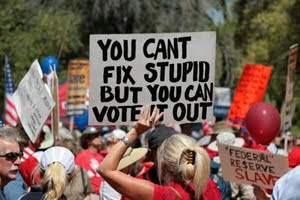 Washington exists in a universe all by itself and it’s comfortable playing with make believe numbers and budgets. Unfortunately however the people who have to pay the very real bills for such chicanery can’t get by with make believe numbers and promises. The Tea Party nation recognizes that and sent a message to Washington in November to stop the tomfoolery. This budget deal demonstrates clearly that they didn’t get the message. One election however is rarely sufficient to clean out all of the deadwood from a rotting foundation. Keep that in mind the next time you hear some career politician or someone in the media wringing their hands about those Tea Party “Hobbits” who refuse to get on board and do things the way Washington has always done them. Hopefully after the 2012 election Washington will start looking a lot more like Middle-earth.