The Debt Ceiling and the Democrat's Xbox War on Poverty

The debt ceiling talks fell apart on Friday as President Obama insisted on $400 billion in new taxes to pay for more government spending. Imagine if he didn’t have to spend those $400 billion over the next decade.

Is it possible that there is $400 billion of waste in the budget somewhere? Where might that be? How about amongst the impoverished?

According to the U.S. Census Bureau, 30 million Americans are living in poverty. That number has remained largely stable for decades. When the nightly news reports that fact and couples it with pictures of people sleeping on grates around the National Mall or a woman and her children huddled in a homeless shelter, most people with a heart feel like there must be a problem if such poverty can exist within the borders of the richest country on the planet? Unfortunately however that is base manipulation.

The Heritage Foundation recently reviewed a variety of government data and found a picture much different than what the left would like you to believe. They reviewed data from the Census Bureau, the agency that defines how many people are living in poverty, and the Department of Energy, that produces a survey looking at what amenities people have. Looking at the poor through DOE data paints a slightly different picture than what the media paints with Census Bureau data. 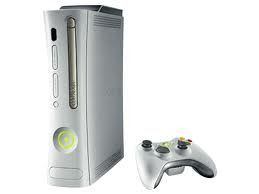 least one TV, 97.7% have a stove & oven, 81% have a microwave, 78% have air conditioning (vs 84% for the general population) 64% have a DVD player, 63% have cable or satellite, 54% have a cell phone (vs 76%) 29% have a video game system (such as Xxox or Wii) (vs. 31%). Forty-three percent of all poor households own their own homes and the average poor American has 16% more living space per capita than the average person living in France, Germany, the UK or Japan. While households with such amenities may be considered poor, they can hardly be considered to be living in poverty in the clearest sense of the word.

The goal here is not to diminish the notion of poverty in America. Indeed there certainly exists poverty in the true sense of the word: According to the US Department of Housing and Urban Development a person classified as living in poverty had a 1 in 25 chance of spending at least one night in a homeless shelter during 2009 vs. 1 in 195 for the average American. And there really are families that end up in homeless shelters with no other place to go. At the end of the day, statistics are statistics but life is life. If you are one of the people who are living in a homeless shelter or on the street or hasn’t had anything to eat or can’t find a safe bathroom, it doesn’t matter what the average square footage a European gets by with is. What matters to you is what is going on at that exact moment.

And that’s where the problem as defined by progressives and Democrats comes in. By defining poverty so broadly they do a disservice to the truly poor. How? By perpetuating programs that send resources to those do not need them. Every time a taxpayer stands in line at the grocery store and watches a welfare recipient talk on her cell phone and pay cash for cigarettes and lottery tickets while using food stamps to pay for food it diminishes support for all government programs. It also keeps dollars from those programs which target the truly needy.

Rather than having programs that could help those with significant problems, we have welfare programs that simply perpetuate more welfare. Between 1965 & 2008 the United States spent $15.9 Trillion in its War on Poverty (vs $6.4 on all real wars) yet 10% of the population is considered to be living in poverty today.

Despite the War on Poverty’s abject failure, it goes on. And here’s where it hurts. Even now amidst the toughest economic environment in half a century, with urban unemployment in the double digits, when the government has to borrow a trillion dollars to pay its bills President Obama and the Democrats continue to play politics. When the GOP seeks to reduce government by cutting wasteful programs, the left accuses them of wanting to cut the safety net out from under America’s most vulnerable. That’s John Edwards lie of Two America’s all over again, and it’s still a lie.

The DOE’s numbers clearly demonstrate that there is a distinct difference between those considered poor and those in need of real help. While the most effective strategy would most certainly be to eliminate all government welfare programs and allow private charities to take over, that is unlikely to get by a donkey led Senate or the progressive in the White House. More realistically, by painting an accurate picture of poverty in the country, Uncle Sam could more precisely tailor programs to help the truly needy. Doing so would help those in need by being more effective, it might help restore the American taxpayer’s opinion of government in general and would save hundreds of billions of dollars just at the time when America finds itself broke.