How Paul Ryan is like the slavery loving Founding Fathers...

It’s not uncommon to hear liberals ridicule conservatives for wanting a Constitutional government by suggesting that they are seeking to return to a time when blacks were considered 3/5 of a person and that the Constitution is somehow permanently damaged because it did not outlaw slavery. (At the time of the Constitution’s ratification in 1789 slavery was still legal in the British and French Empires – although not in England and France themselves – Spain, Denmark & Norway as well as most of the Middle East, Africa and Asia.) 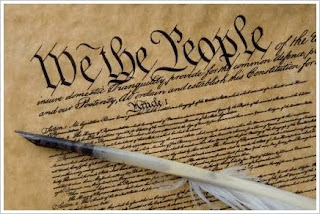 This liberal narrative suggests that the Founding Fathers had the opportunity to outlaw slavery and simply chose not to do so because they didn’t see blacks as fully human. Nothing could have been farther from the truth. While a majority may have been skeptical of suggestions of equality between races, there were a number of eloquent anti-slavery members of the Constitutional Convention, including one of the most influential, Gouverneur Morris of Pennsylvania who called slavery: A “nefarious institution, the curse of heaven on the states where it prevailed” as well as Virginian George Mason who said: “Every master of slaves is born a petty tyrant…. I hold it essential … that the general government should have the power to prevent the increase of slavery.”

At the end of the day, the liberal notion that the 3/5 Compromise was a mistake is simply wrong. Outlawing slavery or counting slaves as whole persons was never an option.

The 3/5 Compromise was itself the result of another compromise, the Connecticut Compromise, which gave us a Senate with equal representation and a House with proportionate representation. This arrangement provided smaller states like Rhode Island and Delaware with the confidence that they were not going to be steamrolled by the bigger and more populous states like Virginia and Pennsylvania.

The result was the 3/5 Compromise: Representatives and direct Taxes shall be apportioned among the several States which may be included within this Union, according to their respective Numbers, which shall be determined by adding to the whole Number of free Persons, including those bound to Service for a Term of Years, and excluding Indians not taxed, three fifths of all other Persons.

The 3/5 Compromise resulted in southern states having a disproportionate representation in the House for the next 70 years. Had slaves been counted as whole persons that imbalance and the Southern power would have been even greater than it was, a situation the North would never have accepted. As difficult as it might be for 21st century liberals to understand, the choice was never between a Constitution that outlawed slavery and one that counted slaves as 3/5 of a free man for representation and taxation purposes, but rather the choice was between a Constitution with a 3/5 Compromise and one that could not gain ratification.

The demonstration of this comes from the words of none other than Gouverneur Morris himself. In noting that the Constitution was to be willingly entered into he said: “But as the Compact was to be voluntary, it is in vain for the Eastern States to insist on what the Southern States will never agree to.” And to see exactly where the Southern states stood on the issue there is North Carolina’s William Davie who said of the representation of slaves: “(He) Was sure North Carolina would never confederate on any terms that did not rate them at least as 3/5. If the Eastern States meant therefore to exclude them altogether the business (Writing of the Constitution) was at an end.

Therefore the question today might be, were slaves and their progeny better off as part of a union that included abolitionists as part of the government and polity who were actively seeking to abolish the practice or would they have been better off as part of a country or countries where slavery was an accepted basic element of the culture and where there was no significant dissent? In addition one might ask the question of whether anyone on the continent would have been better off had the 13 colonies not ratified the Constitution and the continent split into a mosaic of nations resembling Europe and it’s perpetual wars? 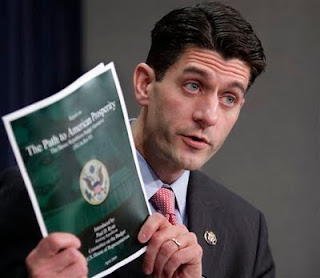 To bring this full circle, whether looking back at history or ahead into the future, liberals rarely let the reality of life get in the way of their theories on how the world works. Once again they are proffering a false narrative, only this time they are discussing the future of the country. Paul Ryan has taken the first step in recognizing the unsustainability of America’s entitlement programs as they are currently configured and has laid out a viable solution for addressing the problem. Democrats on the other hand believe that the programs are just fine and the problem is simply that the rich are not paying their fair share in taxes.

Like their take on the 3/5 Compromise, liberals once again have the wrong narrative. The choice facing America’s mushrooming entitlement costs is not between increasing taxes on the rich and throwing grandma off a cliff, but rather it’s between fixing the programs and not fixing them, in which case the federal government would finally implode under the weight of its unsustainable promises.

The difference of course is that while we can’t impact history, the actions taken today can impact what happens tomorrow. Liberals could learn much from the Founding Fathers in terms of examining the real choices at hand when it comes to choosing which path to follow. It may not be as much fun as peddling simple minded populist solutions, but it sets a foundation for real progress.

Johns Hopkins Doctor Dismisses Walensky Fear-Mongering: 'Most Of The Country Is At Herd Immunity'
Townhall
Hot take: Privileged liberal white males should buy guns, drop them off at minority community centers, and boom, gun control
Twitchy
A Major Biden Administration Scandal Is Brewing
Redstate
Eight Lovely AR-15 Facts (#7 Is the Best) You Need to Argue With a Lib
PJ Media