$50 Light bulbs! Unfortunately for you, the green in Green Energy is your dollars…

One has to ask the question about Greens, do they even live on this planet they are trying to save? They often seem to be living in a completely different universe if not just a different planet. 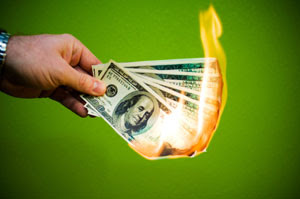 The most recent example of this is the LED light bulb, the latest answer to Congress’s 2007 energy efficiency mandate – which was regrettably signed by George Bush. Last week a story emerged that the 100 watt LED light bulbs slated to replace 100 year old inefficient incandescent bulbs will cost upwards of $50 apiece! That’s right, $50 for a light bulb…

Fifty dollars vs. the one dollar it costs for a typical incandescent bulb. It’s a bit hefty, but then they are more efficient. The question is however, are they 50 times much more efficient? Ah, no. Two years ago Carnegie Mellon compared the energy lifecycle of LED lights vs. those of compact fluorescents as well as incandescent bulbs. (The energy lifecycle includes not only the energy a bulb will burn over the course of its life, but the energy and materials used to manufacture it in the first place.)

The numbers were unambiguous… LED lights were far more efficient. If the energy lifecycle cost of an LED is $1, the cost of producing the same amount of light from a compact fluorescent bulb would be $1.14 and a whopping $5.36 from a traditional incandescent. (Compact fluorescents are those curly bulbs that have their own significant problems.)

Of course that is just the latest in a long string of Green initiatives where your wallet plays no role in the choices you are forced to make. Ethanol is perhaps the most blatant example. Not only does it make gasoline more expensive, make your car less efficient, but it turns out that it’s also damaging your engine. As a bonus, it also has the effect of increasing food prices while doing nothing for the environment. Then there’s wind and solar energy, neither of which is even remotely close to being competitive with fossil fuels. Not only are they not competitive with traditional fuels, but at the same time they are unreliable and are not exactly inconspicuous in their footprints. How about those clean energy electric cars that cost twice as much as a similar gas fueled model and go a quarter the distance without needing a recharge? Greenies are so busy basking in the adulation received for not emitting any earth destroying gases that they forget that the electricity fueling their cars comes from coal plants which are far dirtier than gasoline powered internal combustion engines. They also conveniently forget the environmental concerns created from the manufacture of all of those batteries.

As if all of this was not bad enough, Green Jobs are expensive, highly inefficient and kill off twice their numbers in regular jobs.

Greenies inhabit s universe where cost is never a factor. Why? Because they don’t have to. They don’t have to make a coherent argument for their position and give consumers the choice of acting on those rational arguments. No, instead of the rough and tumble world based on the competition of ideas and science, they simply propagate junk science as real and then harness the police powers of government to advance their agenda.

This would be bad enough if it were just about light bulbs, gasoline and CO2, but it’s not. It’s about your fundamental choice of how to live your life. In the most simple sense, forcing Americans to pay $50 for a LED – or even $25 for a CFL – rather than the $1 they could pay for a traditional light literally takes $49 out of their pockets that they can no longer spend on anything else, from buying Twinkies to donating to the Red Cross to buying a share of the latest Internet startup. 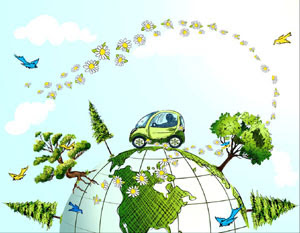 Life is about choices and it is through the experience of making choices and living with them that individuals and societies learn about the connection between actions and consequences and by implication the responsibilities that come from choices.

Liberals of course don’t have to learn about consequences or responsibilities because they know what’s best for everyone. Even when their policies fail, both on an objective measure as well as achieving their announced goals, it doesn’t matter because they never have to face the consequences. Unfortunately it’s the rest of the population who are trying to figure out how far they can go on vacation with $4.00 a gallon gasoline who end up paying for the good fortune of living on the planet liberals are trying to save. And that doesn’t even count the taxes paid so the federal government could spend billions of dollars subsidizing electric cars, ethanol, as well as the wind and solar industries…