Life not fair. Nor for that matter is it unfair. It simply is. It’s not fair or unfair that the lion feasts on the slowest zebra or that the penguin who leaps into the ocean at just the wrong moment becomes dinner for an Orca. Life is life… fair doesn’t come into play.

Fair is a fundamentally human concept that is defined by a lack of preference or favoritism and or injustice. 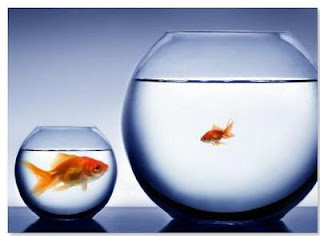 Unfortunately, life is not fair and neither wishing nor government can make it so. That of course does not mean that liberals do not try to use the government for exactly that purpose. From affirmative action to welfare to social security to government set-asides to progressive tax rates to suits against voter ID laws, liberals seek to use the coercive nature of government to create a world where everyone (read every outcome) is the same.

One of the many problems with the left’s pursuit of fairness through government is the idea of who gets to decide what is fair, and on what basis. Back in the early 1990’s much was made of the fact that blacks were getting rejected for mortgages more often than whites. Not only did the story become front page news, but it led regulators to make changes in banking rules which in turn produced the economic collapse of 2007/08. Not surprisingly, not only did it turn out that the story in itself was false, but the ensuing legislation had the effect of actually harming the black homeowners it was seeking to give a “fair chance”. (Thomas Sowell does a tremendous job of rebuffing the idea that blacks were receiving unfair treatment in the first place.)

Another example of the left seeking to use government to impose fairness is welfare. In an effort to provide a basic level of income for the poor and downtrodden, the federal government has spent trillions of dollars over the last 40 years. True to form, rather than obviating poverty those fairness based programs have instead created a perpetual underclass and alienated tens of millions of Americans from the fundamental notion of working to support themselves and their families and becoming contributing members of society.

As bad as these examples are, one could argue that they are merely the wrongheaded actions of useful idiots who have no understanding of basic economics. It’s another thing all together for politicians to conspire with groups in the name of “fairness” to impose regulations on the entire country and then to turn around and exempt the groups with whom they were conspiring from the very regulations they’d just passed. 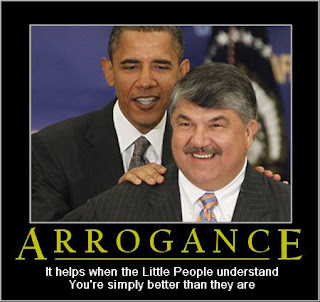 Such is the situation with the single most controversial and intrusive piece of legislation of our lifetimes: ObamaCare. In January HHS released the list of the latest 729 organizations to receive waivers from the onerous requirements of ObamaCare. Those 729 organizations represented a total of 2,189,636 employees. A quick look at the largest of those organizations exposes the hypocrisy and arrogance of the Obama administration. Of the 100 largest organizations – by covered employees – being granted a waiver, 57 of them are unions, representing 836,278 employees, or fully 40% of the total. What makes this hypocrisy so pernicious is that unions were the single biggest supporters of ObamaCare in the first place.

Citizens expect their politicians will pass laws every now and then that benefit this or that constituent or funnel funding to their home district for a bridge or a community center. While offensive, such pork barrel efforts are largely innocuous to the general public as they typically impact only a small number of people and do so in a positive light – if of course you don’t count all of the taxpayers who had to actually pay for that pork.

ObamaCare and the unions are doing something all together different. Not only is it what most people would call unfair – although few on the left are suggesting that of course – but more consequentially, it is blatant deception of the American people. Essentially what we had was an administration conspiring with some of its favored groups to vociferously advance the notion that ObamaCare was an absolute necessity for the country and that it would benefit everyone. Then, as soon as the law is passed, it begins exempting the very groups that helped force the legislation down our throats in the first place… or giving them money to defray its costs. (The administration just announced that it has spent $1.7 billion on helping 1,500 organizations deal with ObamaCare’s consequences… Once again the same story: A quick look at the top 40 organizations given money reveals that 15 of them are unions who cashed checks for $573 million, or about one third of the total.)

However one defines good government, and whatever one’s expectations as to the proper role of government, by any objective standard, this is not it. When an administration becomes sufficiently arrogant that it feels it can blatantly lie with impunity about its signature legislation knowing that its detractors are watching it like a hawk, one has to wonder what it’s doing behind the scenes with the tens of thousands of other regulations and Executive Orders that neither the citizens nor the press have the time or bandwidth to scrutinize. Now that doesn’t seem fair to anyone…