Why I love Sarah Palin

I love Sarah Palin. There, I’ve said it. While I’ve never met her, that is beside the point.

What is right on point however is why I love her. Sarah Palin bleeds American. She is not American simply because of an accident of birth. Rather, she understands what makes America different; she believes that America is exceptional and knows 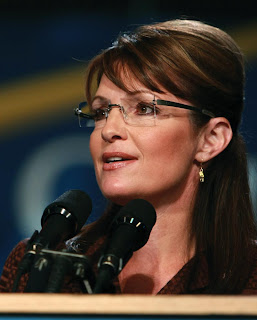 what makes it so; she is passionately pro-American without being jingoistic; she is willing to fight for what she believes regardless of who’s lined up against her; she is willing to put her credibility and reputation on the line to help others who share her views. Finally, and perhaps most importantly, she is a normal, average, regular person.

Sarah Palin did not grow up rich or attend an Ivy League school. She did not spend her life in a courtroom extorting money from corporations or small businesses. She did not spend her life in an ivory tower or in an editorial room pontificating about how the world works in some fantasy universe where government regulations make everyone pure and everything perfect in every circumstance. No, she has lived a fairly normal life, one you might call working class.

I remember back in ’88 or ’92 someone asked George H.W. Bush if he knew the price of milk, and he didn’t. He was of course pilloried for being “out of touch” with the common man. (Frankly it doesn’t bother me at all that the VP or President of the United States doesn’t know the price of milk… let someone else buy the milk, I’d rather him focus on knowing how much of our money government is wasting!) Sarah Palin probably knows the price of a gallon of milk. More importantly, she understands America from where the tire hits the road. She started out her political career at the PTA because she wanted to improve the education her children were getting. From there she spent four years on the Wasilla city council and six years as mayor. Next she was appointed to chair the Alaska Oil and Gas Conservation Commission and later defeated the incumbent to become the Governor of Alaska. In every one of those endeavors Palin showed herself to be not only capable, but effective and successful as well. Indeed, the latter two positions found her fighting an Alaska version of Tammany Hall.

She has demonstrated a willingness to fight for what she believes in, even if it is within her own party. She defeated the Murkowski machine in Alaska and she stood side by side with tea party candidates across the country in 2010, often against the wishes of the entrenched GOP establishment. Christine O’Donnell may have been a flawed candidate, but at least the citizens of Delaware had a choice between two distinctly different paths rather than the choice between the liberal and more liberal paths they would have had with Chris Coons and Mike Castle. They may have chosen bigger government, but at least for a change they had a choice, and Sarah Palin helped give them one.

Sarah Palin is also average in another way. She is not polished – or at least she wasn’t when she burst upon the national stage. She is not slick. She does not have a sound bite sized answer at the ready in case she gets asked any questions. Just the opposite, actually, often you can see her crafting an answer on the spot. The interview with Katie Couric was indeed painful to watch. The truth however is that her less than stellar performance in that and other early interviews were not signs that she was a dolt as many suggested, but rather the consequence of being thrown onto the world’s biggest stage with the klieg lights on max. You might say she was… shell-shocked. Many people, including myself, wondered how she could not name a single newspaper she read regularly or give a coherent answer on the Middle East. Knowing the answers and delivering them in front of a world wide audience are two different things. (Example: say the alphabet using nouns to represent each letter: Apple, Barrel, Continent etc. Now imagine having to do it in 20 seconds in front of 1,000 people and your job rests on your success…) Her poor performance communicated more about her interview preparation than her qualification to be President. Indeed a week later she outperformed Joe Biden in their debate, and few lefties would argue he was unqualified to be President. Her early performances were those of someone whose persona was not forged in front of camera. I’ll take someone who is right on the issues but flubs an interview 10 times out of 10…

In addition to the issues, Sarah Palin seems to be made of steel. She has undergone a seemingly unending barrage of mocking and criticism to a degree that perhaps no other American politician has had to endure in modern times. Through it all however she has carried herself with grace, good humor and most importantly, she has understood that the issue is not her, it’s the country. The fact that she is willing to stand up and respond to the left – particularly the media – should not be seen as a symptom of being thin-skinned or even petty, but rather a desire to keep the focus where it should be, on policy and Constitutional government. 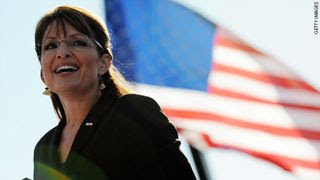 So the reasons I love Sarah Palin are thus: She knows what it will take to put the country back on solid economic footing. She’s a rabid Constitutionalist who will rein in the federal government. She will let American interests and the interests of the American people dictate American foreign policy rather than looking to international bodies for direction. She understands the importance of free markets, free trade and energy independence. She believes in American exceptionalism, and perhaps most of all, she understands that individual responsibility is the cornerstone of upon which character, community and country are built. Without that everything else collapses.

2012 is going to be the most important election in more than a century. Our nation has been shaken to its very foundations by an onslaught of government encroachment and unprecedented fiscal irresponsibility. In times like these, when those basic fundamental things that made America great in the first place are the very things being undermined, we would be lucky to have a ticket headed by someone who truly understands what it’s like to live and thrive as an average American, someone who didn’t spend most of her adult life in the insulated and unrealistic universe of liberalism consisting of courtrooms, college classrooms and the corridors of power that make up Washington D.C.