I constantly write about the evils of government unbound. Most of that time those comments are directed at a federal government that has ventured far beyond the constraints imposed by the 10th Amendment.

Although the federal government’s excess is often the easiest to see, Uncle Sam is far from the only offender in terms of governments growing too large and too powerful. On the contrary, state and local governments can be (and often are) equally guilty. Local governments use various devices such as zoning ordinances, arbitrary fees and various inspection regimes to impose their power the citizenry. One of the most dubious of those devices is called “certification”.

As bad as a government seeking to control its citizens is, even more pernicious is an industry using the police power of government to line their pockets and stifle competition. This is the true fount of the plague of certification.

Just as the most conservative amongst us understands that there must be some government or society will collapse into anarchy, most Americans understand that there are a number of professions where certification is necessary. For those professions where your life or liberty are at risk, one can make the argument that the state can play an important role in maintaining standards. As such, most states have a variety of certification regimes with which most of us are familiar: Doctors, lawyers, dentists, etc.

The problem however is that certification is not limited only to critical specialties… unless you consider interior design, hair cutting or florists as critical.

Perhaps not so surprising, this “certification” gauntlet is often instigated by the 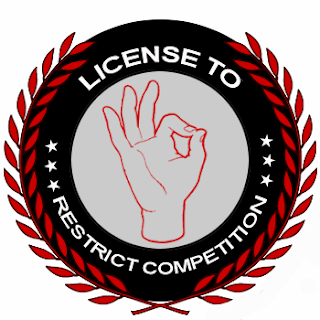 practitioners of the regulated industry themselves. Seeking to sustain unwarranted pricing power and stifle potential competitors, a cabal of practitioners of a particular profession or industry will form an unofficial governing body for that industry. That body will then lobby state legislators to create a certification regime. That regime will typically include education in the form of schooling or apprenticeship, limits on advertising and may involve regulations about what equipment may or must be used as well as restrictions or requirements as to vehicles or square footage that are allowed.

While these certification requirements typically involve fees paid to the states, in reality the regime is more often than not controlled by the industry cabal. Although the industry’s captains often suggest that their industry requires regulation for public safety reasons, in reality their goal is to protect their members by limiting competition, resulting in higher prices for customers. In practice these governing bodies operate like unions in that they use government regulations to limit the ability of new entrants to compete in the marketplace. What makes this situation particularly noxious is that the advocates of this government intervention typically exempt themselves from having to meet any of the new requirements by including a grandfather clause in the legislation.

The increase in industry certifications has been going on for much of the last half century. The Wall Street Journal reports that in 1950 less than 5% of American jobs were subject to licensure by states. Today that number stands at over 23%.

The result of this industry / state regulatory straitjacket is higher prices for customers, less innovation in industry and higher unemployment across the board. Industry experts often claim that certification protects consumers by keeping unqualified practitioners out of their trades. The question is however, upon what basis does one decide what is a qualified practitioner, and who gets to decide? If flowers are not arranged properly are consumers harmed? If an unlicensed barber takes too much off the top are you permanently scarred? If a bartender pours Grey Goose instead of Absolut is there some permanent pain and suffering?

While the Constitution gives state governments far more latitude than it does the federal government (at least that’s the way it is written…) that does not mean the states should regulate everything simply because they are not barred from doing so. One must ask the question, what is the state interest in certifying masseuses, dog groomers or interior designers?

To the degree conservatives pillory the federal government for its intervention in our lives and economy, we should not ignore state governments and the fact that America’s success was built on free markets, not via a command and control economy. 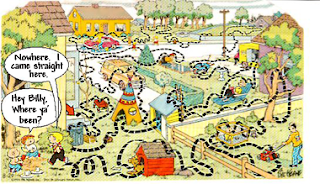 Free markets work because they are the equivalent of a straight line between two points… i.e. the shortest distance between producer and consumer. Free markets create an environment where consumers are responsible for where they spend their money and entrepreneurs and capitalists are responsible for offering services for which they hope consumers will be willing to pay. To introduce government regulations into that equation is to turn that straight line into a series of unworkable knots.

Without state certification roadblocks, eventually an equilibrium would emerge where consumers choose providers based on various factors such as price, reputation and skill. Certainly some consumers will be unhappy and some merchants would fail, but that’s the beauty of market discipline, it forces both sides to pay attention to the consequences of its actions. Where necessary various private organizations would emerge that would or could provide objective criteria to help consumers make their choices: Consumer Reports, Underwriters Laboratory, Angie’s List, Tripadvisor etc.

This certification plague has interfered with that market discipline and added well over $100 billion a year in inefficiencies to consumer expenditures. Freeing our economy from it’s strictures would not only free up a trillion dollars over a decade, but it would generate a great deal of innovation and dramatically increase consumer choices at the same time.