From the diaries, by Erick

I want to make my priorities clear from the start. One: middle class families need permanent tax relief. And two: I believe we can’t afford to borrow and spend another $700 billion on permanent tax cuts for millionaires and billionaires.

That is a line from President Obama’s weekly radio address last week. He’s referring to the coming tax hikes as the Bush Tax Cuts are due to sunset on December 31st. Interestingly, the reason the sunset provision is there in the first place is because Tom Daschle, (the then Democrat leader in the Senate) threatened a filibuster without it. That phrase tells you everything you need to know about President Obama’s sincerity when he talks about putting jobs and the economy first.

On Friday the unemployment numbers came out and the rate had crept back up to 9.8% as employers added a mere 39,000 jobs in October. At the same time President Obama and 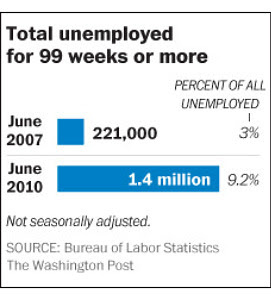 the Democrats are seeking to extend unemployment benefits beyond the already unprecedented 99 week limit. Ninety-nine weeks! That is two years of receiving a government check for doing nothing. (That doesn’t’ mean that unemployed people are literally doing nothing, but by definition they are not working.) I’m not sure how long it takes to develop a bad habit, but two years is probably a pretty good start. That causes one to wonder what is the bad habit forming effect of a government check on someone who has been receiving welfare for years…

Back to the Democrat red herring.

As President Obama’s words demonstrate, the Democrats are seeking to manipulate the conversation using populist rhetoric to demonize the rich. At the core of their “solution” to our financial problems is their effort to raise taxes on the “millionaires and billionaires” while giving the middle class a tax cut. Republicans are fighting this effort, suggesting that doing so will harm job growth. The GOP position is based on the fact that small businesses are the engine of the American economy and create three out of every four new jobs in the country. That’s relevant because most small businesses owners file their taxes using personal income tax returns… and those are where the taxes are going to go up. Here are the numbers for the top two tax brackets:

That simple problem tells you everything you need to know about President Obama and the Democrats. Despite their rhetoric about wanting to put people back to work, they simply don’t care about actually creating jobs and growing the American economy. If you need even more proof, consider the coming tax hike on dividends. Dividends are currently taxed at 15%. On January 1st the dividend tax rate will skyrocket to 39.6%. (Oh, and don’t forget the ObamaCare 1099 fiasco that will hammer small businesses) So, not only do we have Democrats seeking a direct tax increase on the small businesses who are supposed to create one third of all new jobs, at the same time they are discouraging investment in companies that are successful enough to be able to pay dividends at all… many of whom probably have and hire employees.

President Obama and the Democrats, in using the red herring of “middle class tax cuts” to pander to their progressive base are willing to sacrifice jobs and job creation so they can further cripple capitalism and push even more Americans into the 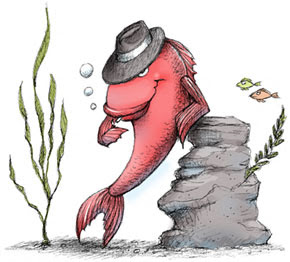 fold of government dependency. As the economy slows and jobs evaporate expect Democrats to seek to extend unemployment benefits to 129 weeks then perhaps 159 weeks and then maybe be made permanent. At the end of the day that is exactly what Democrats want… they want to take everything the rich have stolen from the poor and the middle class and simply redistribute it. That of course is a house of cards as the rich have options about where they invest their money and even where they live or start their businesses. At some point when everyone becomes a ward of the state there is no one left on the other side from whom the state can take everything to support itself, that house of cards will eventually come crashing down. Hopefully 2012 will usher in some new homebuilders.

How Did This Ever Get Published? NYT Video Takes a Blowtorch to Blue States
Townhall
Trouble in Socialist-Ville? David Hogg tweets entire thread SHAMING progressives for their lack of self-awareness and ROFL
Twitchy
CNN Analyst Has 'No Idea' What's Behind 'Smash and Grab' Robberies — Then Gives up the Answer
Redstate
Whose Land Did Native Americans Steal Before Europeans Stole It From Them?
PJ Media