Do we really want to redefine marriage?

States across the country are in the midst of debating the idea of changing the definition of marriage as a union between one man and one woman. Five states have 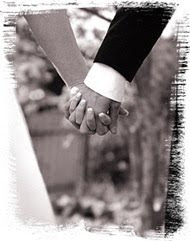 legalized the practice through legislative or judicial action, but despite thirty-one attempts, not a single time has a majority of citizens of a state approved such a change. Not that this is an argument for majority rule. It’s not. Every state has a republican form of government and should be governed by the rule of law rather than man. Nonetheless, at some point government is accountable to the people and constitutional change is often how citizens make their feelings felt. Thirty states, including California, have amended their constitutions to explicitly state that marriage is to be considered between one man and one woman. This week a federal judge in San Francisco threw much of that into the air. Ted Olson argued that the court is merely protecting the right to marriage, a right the court has addressed 14 times since 1888. I have to disagree with Mr. Olson and Judge Walker. This is not just like Loving v. Virginia, which did away with barriers to interracial marriage. Race is not sex. This is not opening up marriage to just another group who had been arbitrarily excluded. Men and woman are fundamentally different and marriage has always been understood to be a union between a man and a woman, not just two people.

If we step away from thousands of years of western tradition, if we take that first step in changing the definition from one man and one woman, where does that road lead? Where do we stop? It’s the slippery slope problem. Sure, today we are arguing about two people of the same sex, but why could we not just as easily argue for one man and two women or three men or three women? Could we not use the same rationale to allow a salesman who lives in Miami but works in Charlotte to have a wife and children in Florida and another family in North Carolina? And what if his Charlotte wife wanted to have a second husband from across town for the weekends when her salesman husband is down in Florida? Who says a person can’t be committed to two different people simultaneously? In 1887 Utah was forced to outlaw polygamy as the price of admission into the United States because it was understood that marriage was between one man and one woman. Will the state now have the opportunity to amend its constitution to bring back the practice? Once we change the definition the permutations could be endless. What about children? It was not so long ago that the marriage of children for political or dowry reasons was not uncommon. Do we want to go back there and allow 12 & 13 year old children to be married and traded for family favors or for “love”? Is not the age of consent arbitrary?

One might argue that much of the history of marriage had to do with the biological necessity of a heterosexual union for procreation purposes. Because science has now made an actual heterosexual union unnecessary for procreation is that sufficient grounds to abandon the principal in the first place? Scientists have been telling us for years that at some point computers will be smarter than humans. Today there is even a report about a robot that expresses and detects emotions. Make that into an anatomically correct robot and we could have relationships without human partners, male or female. Should those unions then be granted marriage status as well?

For 2,500 years western civilization has been anchored around the notion that marriage was understood to be between one man and one woman. While the form of government may have varied from democracy to republic to empire to monarchy to constitutional democracy to our own constitutional republic, marriage between one man and one woman has always been understood to be at the core of that society. The legitimacy of the government itself was sometimes explicitly based upon blood and marriage, and in all cases the institution of marriage and family was understood to be at the foundation of the society. The Catholic church lost England over marriage it was so important. Although mistresses, prostitutes and divorces have often betrayed the failure of the institution on an individual level, marriage nonetheless always remained the cultural norm and ideal.

We’re often told that there was a great homosexual tradition in ancient Rome and Greece. Pederasty may have been common in Greece and homosexuality an open secret in Rome, but in both the traditional understanding of a one man one woman marriage held sway. When Christianity induced Roman Emperors Constantius II and Constans to ban homosexual marriage, they were simply codifying what had largely existed in practice since the beginning of Rome. (Although Nero is said to have married both men and women, for the marriages where Nero played the woman, he was mocked… to the extent one could mock the Emperor in Rome. On the occasion that Nero was the bridegroom he had his slave Sporos castrated so that he could play the role of bride.) In no western country had homosexual marriage ever enjoyed countenance on equal footing with heterosexual marriage until the Netherlands legalized gay marriage in 2000.

Opposition to gay marriage should not be construed to suggest that homosexual couples should be second class citizens. On the contrary. They should have the same freedom to share in the blessings of liberty as any other citizens. Many states have approved civil unions that provide same sex couples with the same benefits and opportunities that married couples enjoy. As for the federal government and the marriage penalty, they should get out of the income tax business and implement the FairTax. For years the notion of same sex partners not being allowed into hospital rooms or not being allowed to be on one another’s insurance policy were the issues at the vanguard of the gay rights movement. Typically civil union legislation has wiped away such concerns and in many cases legislation has turned civil unions into marriage in everything but name only.

Fundamentally once you get past the issue of financial benefits and contracts, you’re left with the sheen of language. The simple question is, does the idea of, the ideal of marriage have any value to the culture as a whole? Does our government have a vested interest in promoting the ideal of the traditional nuclear family? Europe provides a stunning example of what happens when marriage ceases to be a central focus of the society. For forty years, from Italy to the UK to Portugal to Germany the experience has been very much the same. As marriage and family became less important, less of a priority, one by one the countries have become basket cases. Marriage rates are down by half across the continent. (Even amongst that greatly reduced number, a UK study recently found that in places 3 out of 4 marriages were shams for the specific purpose of staying in the country.) Divorce rates are up. Birth rates amongst native Europeans has fallen far below the replacement rate. What births they are experiencing are increasingly being had out of wedlock and more and more frequently the state is responsible for providing the basic support for those children. More and more the family is becoming irrelevant as everybody becomes a ward of the state.

Across the continent countries are losing their identities as the only growth they are experiencing comes from immigrants largely from countries that do not share the same core, fundamental, traditional western values. As a result Europe is facing tremendous challenges. Greece is burning as the socialist state can not support itself. France faces constant uprisings from youths who have spent their lives in France but feel no loyalty to the country or its culture. England is seeing growing pockets of immigrants demanding that they no longer be subject to British law but instead to Sharia. These problems start with the divorce of the state from its culture, and marriage between a man and a woman has been one of the core elements of western culture for more than two millennia.

As has so often happened over the last 200 years, the United States is where the west’s future is written… twice America was the last man standing who helped pull it back from the brink of hell. The question is, are we going to be pulled further into the European morass of cultural ambiguity where all ideals are equal, where no institutions survive an aggrieved minority and the state has no role in maintaining the nation? Or are we going to recognize that the ideal of marriage between a man and a woman, while imperfect in execution, is one of those fundamental ideas that ties us to our history, our culture and has helped shape the world we live in? If the answer is the latter, is it not worth preserving?

A Group Of Parents Sent Their Kids' Face Masks to A Lab for Analysis. Here's What They Found
Townhall
Chris Cuomo gets exactly what he asked for (and then some) after daring tweeter to 'name one' time he denied inconvenient facts
Twitchy
8 Million Face Foreclosure or Eviction Beginning July 1 -- Economic Recovery Is About to Crash
Redstate
HUGE: Significant Election Irregularities Exposed in Fulton County, Georgia
PJ Media