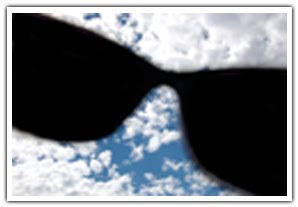 The Obama administration last week gave one of its strongest denunciations to date of al Qaeda. The administration didn’t refer to them as Islamo-Fascists, didn’t call them radical Muslims, indeed, did not even call them murderous thugs… no, instead, they used the most important and powerful invective this administration can conger; they accused al Qaeda of being racist. Despite having killed 3,000 Americans of all colors on September 11th, 52 diverse Brits in the London Bombings and thousands of other victims of all colors and races from Madrid to Bali to Chechnya, President Obama proclaimed that their killing of 74 mostly black Ugandans, demonstrated that al Qaeda is a racist group because they “do not regard African life as valuable in and of itself.” By that logic al Qaeda is a collection of self loathing souls as they have killed thousands of Saudis, Indians, Pakistanis, Iraqis and Afghanistanis amongst others.

Not only is this suggestion ludicrous, it’s not even the best argument one might make for their absurd proposition. If one really wanted to make the case that al Qaeda terrorists were racist, a much stronger argument could be found by noting that most of the civil wars that occur on the continent include groups affiliated with al Qaeda and a significant majority of the brutality and murder that is inflicted on millions of African people is inflicted by al Qaeda affiliates. Indeed, even as he was explaining the President’s comments, a White House spokesman provided a superior alternative theory for al Qaeda’s use of Africans: U.S. intelligence has indicated that al Qaeda leadership specifically targets and recruits black Africans to become suicide bombers because they believe that poor economic and social conditions make them more susceptible to recruitment than Arabs.

Al Qaeda is a lot of things. They are control freaks. They are homophobes. They are sexist. Indeed they are Islamo-Fascists. Perhaps the only thing they are not is racist.

The President made about as much sense with this argument as Kane West did when he opined “George Bush hates black people.” While most of America expects such empty- headed commentary from the Hollywood left, they do not typically expect such vapid rhetoric from their president.

One has to wonder what was going on in Barack Obama’s head to utter such nonsense. This is not like “I’ve now been in 57 states? I think one left to go.” which we hope was a gaffe and that he actually knows how many states are in the Union. Nor is it like “spread the wealth around” where he didn’t have a chance to prepare for Joe the Plumber’s blistering questioning. No, this was something all together different. Simply, it was an interview for which he had plenty of time to prepare. And he still blew it.

More importantly, one wonders what kind of analysis went into making that kind of determination. In a universe where Eric Holder has to twist the English language like a pretzel to avoid putting the words Islamic and terrorist in the same sentence, Barack Obama suggesting that the World Cup bombings in Uganda demonstrate al Qaeda’s inherent racism is not surprising, despite being bizarre. Does he somehow live in a universe where the only color that makes it through the prism is black? With the backdrop of “the police acted stupidly” and the more recent Justice Department actions (or non-actions as the case might be) one might just wonder.

The worst part about this witless proposition (along with similarly inane charges commonly emanating from the left) is that by labeling actions that are so obviously not racist as racist, one diminishes the word itself. The unfortunate consequence of such diminishment is that when actual racism raises its ugly head many people will be inclined to dismiss reports of such as just another Obama fiction.