After a year and a half of demonstrable success in areas from robust job creation to fiscal restraint to disaster management, the hubris in the Oval Office has the Obama administration setting its eyes on controlling the single most important economic, social and political tool since the Guttenberg Press – the Internet. What could go wrong? 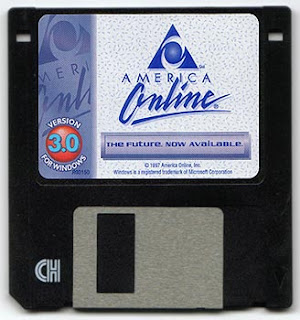 Last week FCC Chairman Julius Genachowski and his fellow Democrats decided to take a significant step toward gaining that control by opening for public comment their proposed changes to Internet regulation. The FCC currently classifies Internet service providers as information services, which prohibits significant government regulation. Genachowski seeks to classify them as telecommunications services, which would give the FCC a much stronger regulatory hand. This change of classification would likely result in strict government regulation of the Internet, despite the Chairman’s promise to rule – er… regulate with a “light touch”. Combine that with May’s draft report from the Federal Trade Commission considering such options as rewriting copyright law to favor of print media, creating a “journalism” division of AmeriCorps, or taxing Internet devices to support newspapers, and the future doesn’t look particularly rosy for all things Internet related.

The Internet has flourished over the last decade precisely because it has been largely unregulated. Ten years ago the Internet was a much different place. Video was almost non existent, Flash was still just a DC comic book and the shrill noise of a dial-up connection was as common as the percolating of a coffee maker in the morning. While there was some talk a few years ago of the government taxing email to control SPAM, the ‘net has thankfully been largely unregulated. Can one imagine if the bureaucrats who gave us the $600 Pentagon toilet seat, the 70,000 page tax code, Amtrak, the National Park Service’s six figure outhouses – dollars not seats – Hurricane Katrina debit cards or Cash for Clunkers being in charge of how we connect to the Internet or what we can see? While everything that has been tried on the Internet has not worked, the beauty of the unregulated marketplace is that failures are indeed allowed to fail and something better is developed to replace them. In 2010 not only do government agencies never get shuttered for failure, but the mindset of supporting failures now reaches beyond government into areas like banks, insurance companies and auto companies. I have no doubt had government been involved Facebook would never have seen the light of day because Friendster would have received some sort of subsidy from this agency or that; Messenger & Skype would have been smothered in their cribs by standards and fees; Amazon would still refer to the river as Amazon.com would have failed, having been saddled with regulations intended to support struggling brick and mortar bookstores and of course we’d all still be using AOL disks as dial-up access would have been granted protected from broadband’s unfair competition.

Which brings us back to Emperor Julius Genachowski and the Obama administration’s desire to control the Internet. By using the red herring of “equal access” under the guise of Net Neutrality, they plan to fundamentally change the way the Internet works. While ostensibly this change is just an innocuous step that will allow the FCC to ensure that all content has equal access as well as expand broadband penetration, soon thereafter it will morph into something far more sinister. How long will it be before FCC Diversity Czar Mark Lloyd decides who gets to publish websites? Before the next Anita Dunn decides who is a legitimate news organization – and therefore deserves 1st Amendment protection? Before White House Chief of Staff Rahm Emanuel can send FCC agents to visit bloggers who deign to be critical of the administration rather than utilize his more pedestrian dead fish methods? 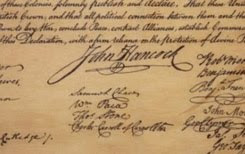 Government by its very nature is rapacious. Not only that, its effects become increasingly negative the more it grows. Our Founding Fathers understood that and none other than Samuel Adams and John Hancock felt sufficiently strong that it must be controlled that both were willing to sacrifice the creation of the United States itself if explicit limitations – in the form of the Bill of Rights – were not introduced. Today, even if government never passed another law or no bureaucrat ever issued another regulation, our government is far more intrusive, dysfunctional and pernicious than Adams or Hancock could ever have imagined.

At a time when the United States is in the throes of trying to dig out of an economic malaise and unemployment is flirting with double digits, one must ask what is the Obama administration thinking to try and regulate the one dynamic part of the economy which is actually working spectacularly well and provides a conduit to success for so many others? Is now really the time to put the future of the Internet, the single greatest tool in human history for the dissemination of information – including government oversight – in the hands of nameless, faceless government bureaucrats who have absolute control, issue illogical regulations, impose arbitrary standards and have no fear of retribution from those whose lives and livelihoods those actions impact? Only if your real goal is to put the Internet in your pocket, control it, and limit its viability as an outlet for those who don’t’ agree with you. Actually, when you put it that way it all makes sense, coming as it does from the Obama White House.