Richard Conlin came down to the ‘Hood’ last night.  One of those little bergs of Seattle that is almost completely overlooked, and has no one on a City of Seattle council seat.  In fact, no one from South Seattle or West Seattle has had a seat for over three decades (Charlie Chann being the last).   When it comes to planning for infra-structure, the bergs need not apply.

There was a meeting in Youngstown last night.  Youngtown is a little area to the north of South Park, that gave up much of it’s land during World War 2, to the building of factories to supply the Allied forces.  The land was never given back.  Seattle used it to expand it’s military-industrial complex, and to take over even greater portions for commercial industry.  I’t no wonder these bergs lack political power.  The people have been shoved to the corner, to provide those neccesary things in life that involve some ‘dirty’ industry.  The people of North Skid Row love to claim Green-Ness and environmental consciousness. The neccesary work done in the Duwamish Valley (or Industrial District as they like to call it) is invisible to those living in the northern part of the city.  A famous Seattle politician once said to a companion, while standing on the Space Needle, that everything that was currently in sight, controlled the politics of the State of Washington.  Since that time, a forest of skyscrapers has grown up to block the view of South Seattle from the Space Needle.

Well, out of view of the Space Needle, a local citizen from Pigeon Hill asked a very good question last night.

Second – at last night’s Delridge District Councilmeeting at Youngstown Cultural Arts Center, City Council President Richard Conlin was asked by Pigeon Point’s Pete Spalding how the city will rustle up the $15 million it recently pledged to the bridge-replacement project. Conlin replied that options included adding the money to what the city borrows, delaying some Bridging the Gap programs, or perhaps a car-tab fee of up to $20.

The last two options exist because of the direct  will of the people, as expressed by the vote.  The vote was made possible through a process we in the Western United States call an “initiative”.  The voters have repeatedly voted in favor of initiatives sponsored by Republican Tim Eyman, to limit fees for car tabs to $30.

More importantly though, it revealed that the pledge Council President Richard Conlin made to contribute $15 million to replace the South Park Bridge, was an empty promise.  Many in North Seattle don’t use the South Park Bridge, unless you work as an engineer for Boeing, or IAM 751, and fail to see it’s importance.  But Richard ‘Con’ Conlin has also promised nothing will go wrong with the Alaska Way Tunnel boring process, and that if something does, paying for cost overruns is no big deal.   Why he says this, when he knows there is no money in the Treasury, is that he is banking on using South and West Seattle citizens property deeds as source to extract more tax funds.  He can’t really promise this, because to get money out of the Deeds, it has to be assessed to the property for capitol improvements.  This requires a vote.  Why would citizens of this area vote to tax themselves for infrastructure improvements for North Seattle?  The new tunnel actually removes an access to downtown for them!  The 55 Bus Route would be an even longer trip, and more greenhouse gases would be emitted (if you care about that) accessing Downtown’s core. 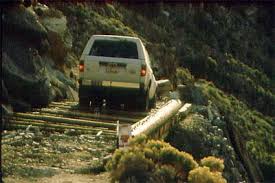