Years ago, people used to practice Mayor McGinns principle of bicycling or walking to work.  It was easy because they lived in the neighborhood in which they worked.  Thousands of units of war housing were built to accommodate workers for the B-17 plant.  However, due to a lack of amenities built in the area, many moved away.  There was no reason to make additions to their cracker-box sized home, if the cities and municipalities were going to starve the area of investment, and roads, such as West Marginal Way were being extended to cut neighborhoods in half.

There are now tens of thousands of jobs in the Duwamish Valley, but priority is given to the Port of Seattle for roadways.  Both 8th Ave. and 14th Ave. are cut in half, and must be driven around.  It doesn’t make for a pleasant neighborhood.  This could easily be changed.

If arterial routes were re-opened, land along the Duwamish were made available for dining and recreation, and commercial space for retail was prioritized, people would be attracted to the area again.  There is a lot of area in the surrounding hillsides as well.  Tens of thousands of workers could have a one to two mile ride, walk, or bike  to work.  I am more of a Scots-Irish Greenie, than a Enviromental Greenie, so I look at the practical and human concerns.  The money could be easily found, by terminating the tunnel project and instead doing a thorough repair of the viaduct, fix the sea-wall, and use the 1.5 to 2 billion dollars to repair the damage done to south park during WW2, the Cold War, and the Port and Industrial encroachment into this beautiful residential area.  The Duwamish River will be thoroughly cleaned in the next few years, and I think the City would find any infra-structure dollars spent in this area, to be highly profitable.

The Glen Acres Golf Course could be moved to the south end or north end of Sea-Tac Airport, and converted to residential.  The airports and FAA are paranoid about a test flight crashing into a residential neighborhood.  But if it crashed into a golf course, at least the people went the way they always dreamed of.  Four!!!!  ca-boom.  Just kidding, but really, native Washingtonians really aren’t that  risk-averse.  It’s a small risk.

All sides, both Left and Right, could get what they wan’t out of this proposition.  The Left saves the Planet by using less gas, the Right saves money and does the right thing for people.  If the Seattle City Council would come down to South Park, and regard the infrastructure, I think they would agree.

ps I agree with your wanting to save money right now.  Some extra cash could be found by dumping the tunnel.  Plus, think of all the tens of millions of dollars saved from avoiding cost overruns on the tunnel.

Beautiful South Park, from the water…. 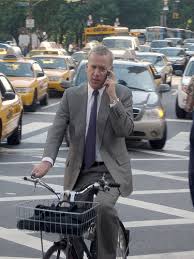