South Park Bridge: We are Encroachers on Military Airspace

I have been trying to figure out how a State and it’s Municipalities could fail to maintain or supply a new bridge.  I keep bumping into to the relationship between Government and it’s people.  It is becoming increasingly clear.

I took a vacation to Deception Pass last week-end.  It is a gorgeous campground located on the north end of Whidbey Island.  My family has visited there for years.  There is a military establishment nearby, called Whidbey Island Naval Air Station.  It contains Ault Field.  My Father and Mother-in law join us, and My Father-in-law and I enjoy watching the planes take off and fly by.  Redstaters, trust me the Pilots are prepared.  They get tons of flight time.

On my way back home, I noticed a similar grade climbing up onto the ridge as my old military road.  I passed by Paine field at the top, where Boeing puts it’s largest aircraft onto a runway and ships them off.  At the top of the grade, I cross Pacific Hwy the antecessor of the old military hwy completed in 1873.  I realized there were two old roads, one south of Seattle, and one north of Seattle.  It is all important for Seattle to find itself in the middle of things.  The one north of Seattle terminated in Fort Casey.  It is a coast artillery site, for the protection of the Puget Sound.  Before aircraft, ships were the main product of interest to the military in Washington State.  The state has maintained a lucrative interest in both.  The money brought into the state by the Military is paramount in Washington State.

Much of what the State, and it’s vassal municipalities do, is based on maintaining this supply of funding.  The tax that is generated is an after effect of military expenditures.  We generate revenues based on a sales tax, rather than an income tax.  The governments take their cut after money is spent, rather than when money is earned.  This is a very happy reality to those who make a lot, but spend little in the state.  It is not such a happy reality to those who pay for infrastructure, but do not earn revenue from the primary relationship and it’s spin-off businesses.  It is the rule, that infrastructure is paid for by gas taxes, property taxes, and sales taxes.  The Military and it’s contractors are exempted from gas taxes.  The citizenry are burdened with th cost of supporting the Military within the State.  It’s OK, but the costs and benefits are not equitably distributed.  Often those who benefit the most, pay the least.

But the highest cost is paid for by the communities surrounding the airstrips and airports themselves.  Six small communities have been obliterated surrounding King County/Boeing Field.  Five communities have been expunged around Sea-Tac Airport.  These communities have made the ultimate sacrifice.  Before going down, they often are under severe economic and social pressure.  The crime rate rises, because of the lowering value of the property, and the ethic of those that it brings in.  Don’t get me wrong, I respect the Poor greatly.  But a fragment of the Poor are that way because of there own bad choices.  It can have some bad consequences on others in the community.

So after coming home, I looked at Google Maps again, One Man with Google alway’s makes a Majority, and discovered the same geographic fact of life.  Airports love the tops of ridges.  And our airports love free roads, supplied by the Army corps of engineers in 1873.  The layout of roads, and the interaction of man with nature, has been greatly twisted by the taking of land for airports.  It bisects communities and divides them.  Additional roads carrying people from other communities to the airport compounds the problem.  One community benefits at the expense of another.  In a sane world, with a sane government, extra money would be allocated to remedy this effect on the community.  In a selfish world, such as Washington, it is not.  In fact more money is taken out, and less put in.  Well, I found them admitting it.  From Joint Committee on Veterans’ and Military Affairs, Washington State Legislature.

“Growth Management and Land Use Issues

Encroachment upon military bases by the surrounding community can

adversely affect a base’s ability to conduct its mission. Encroachment

happens when the local community allows or permits development of

areas adjacent to the base. For example, runways have FAA-designated

clear zones that may extend outside the property of the military base.

event of a plane crash during takeoff or landing. Areas at the end of the

adversely affects the ability to conduct training flights and may endanger

those living or working within the zones. Some communities, such as Oak

Harbor in Island County and Airway Heights in Spokane County, have

ordinances which ensure that development around the base is consistent

with the base activities; building codes that address and minimize noise

of the conditions that exist because of the base. Rail lines are also subject

to encroachment concerns. PSNS and Bangor rely on rail systems to

move equipment, and encroachment on those rail lines by the public can

pose an obstacle to performance of the mission of the base.”

What we have here, is a failure to communicate.  Some Men just don’t get it.  You are a Encroacher, no longer a Citizen.  Now get back to work on that road, Luke.

The reason the 14th Ave. bridge was not repaired or replaced, was because it didn’t fit into the plans of the Legislature, Military, or airplane builder.  The plan, ideas, and dreams of Roosevelt, R H Thomsen, the Olmstead Brothers, and John Muir be hanged.  Your on military property now. 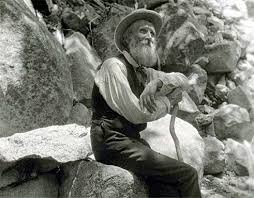 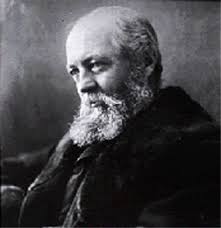 There needs to be a proper balance in everything.