I went to a wake for a bridge tonight.  I have never seen anything like it.  There was energy right away.  The streets were filled.  Cameras were everywhere.  Every news agency in town came to chronicle the event.  But what I saw and felt could never be captured on a camera.  There was every kind of person there.  Every color, every nation, young old, oodles of  people that Seattle seems to specialize in; tangerine hair, hemp jackets, bikers, classic car buffs, old folks in nice clothes, blue collar work-a-days, the full spectrum.  What is hard to capture is the feeling.  Not one single person had an agenda other than to pay respect to a faithful bridge an icon, and to pay respect to the People of South Park and the way they had been treated.  Trillions of stimulus dollars have been spent in the last year or so, and as far as I could tell, not one on South Park.

South Park is a place easily forgotten by Politicians.  The demographics are impossible to predict, it is too diverse.  The population is small.  It has given up two thirds of it’s prime farm land to industry.  It has given for over 70 years.  It was ground zero in WW2.  If the Axis could hit one place in the world, it would want to hit Plant 2 of Boeing’s.  It was literally locked down during the war.  You could not come and go as you pleased, light out was strictly enforced, smelter pots ran frequently, barrage balloons were set up.  A machine gun post was at the base of the bridge.  Israels current security set up didn’t hold a candle to this little valley.

Many people who came were festive at first.  They had come from other parts of town to stand with the community.  They all could identify with South Park; all had been walked on in life.  It really was a wonderful spirit.  But the majority had come because they now were, or once had gotten their start in the little berg.  I walked up the bridge behind a man, who with every step touched the weathered concrete railing.  His was a very heavy and slow walk.  I slowed myself and let him take his time.  It’s hard to put into words, in this material world, the feeling of loss over a thing or a place.  Everything is converted into dollars these days, and rarely are places and things valued by the community.  Americans seem to take pride in putting anything old behind them.  This group was very different.

I have mixed feelings, because on one hand the feeling of togetherness and community I have not experienced  like this in 30 years.  On the other hand, as the night wore on, the feeling of exasperation with government, and it’s utter failure to serve people began to settle over the crowd.  It was there from the start, but the event was so lively at first, it was only in the background.  The County had brought in some vintage buses, and I got on one exactly like the first bus I ever rode on.  Free beer was being served by the local brewery.  Their was a melange of every kind of wacky vehicle going over the bridge, Oscar Meyer Weiner Truck stuff.  The bridge was packed with people.  A custom built bicycle welded on top of another bicycle was ridden over the bridge.  Hickorystick likes that kind of thing, he likes inventive surprises.

There must have been two thousand people showing up.   The restaurants were packed four four hours straight.  I was very proud of my community and it’s surrounding communities.  They didn’t forget where they came from, or it’s importance.  Not a silver spoon in the bunch.  Most had some fond memory of the bridge, and a story to tell.  I spent a lot of time with an Italian, and he had a map in his head of every Italian family and where they had lived.  He wore a jacket so the fact couldn’t be missed who he was.  A lot of pride, Italians, that’s good.

After the bagpipers marched off the bridge to a solemn tune, a horn sounded.  I shook my head.  They still had the air raid siren in service.  The bridge raised slowly till it was at full salute.  I couldn’t take anymore, and went to the Jalisco Restaurant for dinner.  I asked a man named Paul if I could join him.  The Restaurant has a difficult three years in front of it till a new bridge is built, and I wanted them to have every table as packed as full as possible.  He was a nice fellow, satisfied with life, though it wasn’t perfect.  Classic South Parker.  The conversation was good, and the meal excellent.  I could overhear conversation from the tables on each side.  A Tea Party was brewing, though it didn’t know what shape it would take.  People were upset.  The government had failed them.

An extraordinary evening, and one that I will never forget.  One point I haven’t mentioned.  The people had teed off on their government already.  When the reps showed up in previous weeks, they were not taking their BS.  All they wanted to hear is if they are taking the bridge, they want another in place and ready to go.  the reps came flatfooted.  They have been bludgeoned for weeks.  No Politicians dared show up for the wake, and they weren’t invited.  They did send eight agencies with a blank poster board to write down every thing the community wanted.  Their was only one thing they couldn’t supply, and only one thing that was needed.

I did finally meet the Gal I am going to put into office.  Honest, smart as a whip, and can say the words        ‘the County is foolish in how it spends money, and it is corrupt’.  I just have to picture a Port of Seattle exec, and I get the picture.  Their is no reason in County as wealthy and productive ours, to be broke.  Recession or not.  For a community that hosts the industrial Heartland of Washington State, they should have the first priority on funds.  Yes, Diane Toledo is going to make a fine Representative.  And she will have plenty of back-up from the People to fight her fight.

An extraordinary evening.  I enjoyed America a lot tonight. 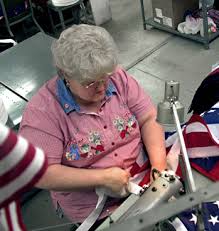