South Park Bridge: I just had one of the funnest days of my life

I just attended my a press conference.  The Governor Chris Gregoire was there, the County Executive, Dow Constantine was there, two Council Members from the City of Seattle, and two from the County were there.  One Port of Seattle Commissioner, an a representative of the Puget Sound Regional Council was there.  Every last single one of them had their tail between their legs.  They brought $70 million dollars for a bridge with them.  They all had one thing in common; they were whipped ‘Cats.

Many of my fellow Redstaters probably have noticed articles in the Members Diaries for the last several weeks, starting with the title South Park Bridge: xxxx.   I have done my best to reason, cajole, abuse, convince, occasional plead, but not to them.  I have told stories, done original research, explained roads.  Today every government and council saw it my way.  But I only did a part.  They held the press conference outdoors on my military road.

Upon arriving at the press conference, I immediately searched out the Lady representing the community organization of South Park.  I wanted to speak to someone really important; her.  Her name is Dagmar Cronn and she is the President of the South Park Community Association.  Someone pointed her out to me, and in my rush to speak to her before the press conference began, I almost ran over the Governor.  I noticed something under my left-wing, and I stopped.  I’m kinda tall.  I’m glad I didn’t run her over.  We differ in politics, but she has raised a couple of nice kids, and is not a bad sort personally.

I didn’t get to speak to Dagmar till after the press conference.  She is very tall for a Lady.  She engaged me face to face, was very intelligent, and also very real.  I told her upfront I had been blogging on RedState, a conservative site, and had been advocating for her community.  She thanked me, and was genuinly appreciative.  I let her know i was doing historical research as well, and that there is a lot more to the place than meets the eye.  I look forward to working with her and helping in any way I can.  Hundreds in the berg have fought to get a bridge.  I didn’t meet Bill Pease, but he heads the Bridge Committee.

I also spoke briefly with the County Executive, who had to be somewhere else when he found out who I was.  Thats allright.  His assistant was very eager to speak with me.  A nice Hispanic Man.  We exchanged phone numbers and E-mail, and I look forward to working with him.  South Park is an area rife with history, culture, a proud military heritage, and a vast spiritual connection that’s hard to explain.

The high point of the Governors speech was pointing out that the bridge was completed in 1931, inside of The Great Depression.  She skipped the part about it being started and finished under Hoover, a Republican.  She did give a nice nod to the ancestors of the area.  She also mentioned the spirit of sacrifice, which is a good thing.  She must have learned it from a South Parker.

The low point of the speech was, mentioning that there are over 1300 projects under way, employing over 30,000 workers.  Kinda a clueless thing to say when you are closing a bridge and tearing it down.  I especially liked it when I saw a Seattle DOT truck crossing the bridge, fully loaded.  For a bridge under supposedly immanent danger of collapse, maybe not such a good photo backdrop.

The County Executive MC’d the event.  This is a person who represents a County I demonized.  This County has a long history of taking land, and not returning value in exchange.  I haven’t mentioned Constantine by name, because he is fairly new at his job.  He hasn’t been responsible for the long history of taking.  He did go to bat for the bridge, and been the point man.  He obviously has worked pretty hard.  I just want to be fair.  I won’t get into it now, but the balance sheet shows a lot being owed to South Park.  Anyway, here is the coverage.  The kitty is up to $70 million dollars, all within the State sources.  Nice touch, a multiple of seven.  Just like the four bridges on 1st, 7th, 14th, and 21st avenues (properly numbered).

My future requests will be of the Departments of the Army and Air Force.  These should be easy ones.  Considering what South Park and Boeing have done for the country and the world, I think they will be more than eager to give.  I suggest $20 million from the Army.  The Air Force was inside the Army during WW2, so $10 million for each branch is reasonable.  The Air Force has benefitted greatly from Boeing inventiveness, and attention to detail.  $10 million sounds reasonable (that’s $30 mil total).  What other manufacturer’s products built 60 years ago, are still flying and fighting wars?  The tanker, and the B-52 have been extraordinary values.  Worth way more than whatever they cost.  And who did the careful craftmanship?  South Parkers of course.

Speaking of building planes, one more person was there.  (Tom Brown?) of the IAM 751.  I know RedStaters aren’t keen on Unions, but I suggest we make an exception on this one.  They actually produce something.  A very competitive line of commercial aircraft, plus a plethora of military hardware for our boys overseas.  Their stuff flies, and it doesn’t drop.  Building aircraft is a very technical trade, requiring only small things to go wrong to have a big disaster.  If you fly home to family without a worry, thank an IAM worker.  They are also headquartered in South Park, they are part of the family.  They wrote a letter of support, and they have been quietly lobbying Boeing to give money to replace the bridge.  Boeing got it’s start in South Park.

If Boeing is looking for an image building campaign, there is no better money spent, than on building a bridge.  The marketing on this could be phenomenal.  Boeing giving back to the community in it’s time of need.  Boeing building bridges.  Boeing helping it’s neighbor.  Oppurtunities like this don’t come around very often.  Imagine the camera panning in on plant two and telling it’s story.  It then zooms backward slowly, exposing the bridge and explains the situation.  It then pans back on South Park, and the community, and says it is giving $10 million dollars in partnership with local and state governments.  No problem finding the perfect multi-ethnic mix here.  Happy faces saying Thank-You Boeing !!!  They won’t even have to be acting, they will be genuinely happy.  Great marketing.  And it is cheap lobbying for the tanker contract. 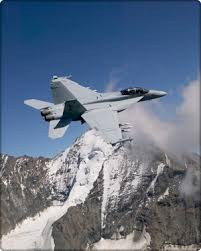 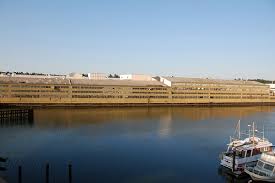 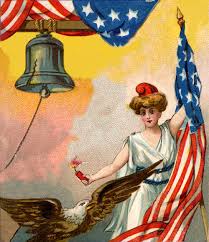 The IRS Is Growing By Numbers And Ammunition
Sarah Lee