South Park Bridge: The Angels of South Park are pushing for you

South Park is a very spiritual place.  Many groups have recognized it, and chosen to live there.  The Duwamish Indians did.  They would worship there.  They spent a lot of time in the little high ground next to the wild River.  They would overwinter in the lowlands with there back to the hills and southwestern winter rains.  They would camp on Catholic Hill.  It’s really a ridge, but it has has massive cuts go through it twice, so it looks more like a hill, or two hills.

Pioneer Catholic Priests, bringers of the Word of God, knew it and stayed there.  Our Lady of Lourdes Grotto was there, before County and Municipal planners decided to smash through it with a second highway (the first being the real military road, or Federal Way.  A road named Des Moines Way connected the Grotto with a Monastery in Des Moines, and there is a spiritual link there.  The Italians knew it, and built the aforementioned places.

The Japanese knew it, and built a Shinto Shrine there.  They carefully manicured the beaulevards, and tilled the Earth with the respect it deserved.  They built their greenhouses during the day, and raised their crops for the Pike Place Market.  I’m not in the least familiar with Shinto practises, so I don’t know when they worshipped, but probably at least once a week, probably more.  Whatever routine they followed, they did it up until World War 2, when Seattle and the West Coast underwent their first re-zoning.  no more a people friendly re-zonong than the current policy.

I don’t know if William Boeing felt it or not.  He did find it a good creative space.  Many, Many, Many new planes came out of his little corner, up with the Irish by McLaughlins Waterfront, including his first.  Yes, a seaplane would have to take off and land in Lake Union, but the creative space was in South Park.  Guisseppe Desimone, just call me “Joe” gave the first ‘earmark’ to Keep Boeing in the the area.  Boeing never had any intention of leaving, but he did need more space.  Joe’s gift was the land under Plant 2, where the B-17 factory that saved the world is.  Thanks Joe.

A whole lot of residents feel it, and find creative energy from the land.  That’s why they don’t leave in spite of the warehouses and industry.  There troopers, givers, regular Joe’s.  And a woman named Theresa Lytle.  It’s all right there in the little book, Seattle’s South Park, by Images of America.

And finally there was Joel Diamond, just call me Joe too.  I don’t know if he was born there, or he came there to save the sacred land.  He did know what a bunch of brutes the county and city were about grabbing land.  he knew it before he came, because he spent most of his life fighting the city government.  I really want to get more of his story, and meet with his family.  He would be an inspiration to RedStaters and the entire Seattle Metro community.  He came back in his late 90’s to save the community and the bridge and the real military road,  trying to block their right-of-way grab.

They’re looking down from heaven right now, praying each in his own way, and pushing for you, and your tiny community.  Thanks!, South Park Angels. 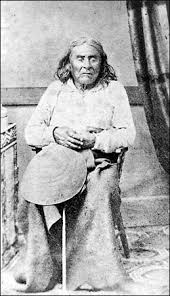