In a column yesterday, Times Columnist showed solidarity with the People of South Park, WA.  In beautiful Victoria, Canada, an opinion columnist compared the lack of sound planning in bridging communities in their neighborhood, to the forgotten people of South Park.

“Doing nothing about the 86-year-old bridge is probably not an option. That strategy has not worked in Seattle, where the 80-year-old South Park Bridge is being closed this month because it is no longer considered to be safe. The plan, if it can be called that, is to replace the bridge someday.”
Read more: http://www.timescolonist.com/hasty+with+bridge/3160410/story.html#ixzz0r7ZU4l00

I don’t know what is in the drinking water of the government planners of the northwest, of which British Columbia is a full and equal partner, but they seem to have it in for energy efficient, historic, dependable little bridges.  There are only about 2 dozen bascule bridges left in the world today.  Most of them in the international Northwest.  Planners in the Region seem to have it in for destroying links to the past, and connections between communities.  Victoria is a gorgeous old town with lot’s to see.  If your thinking of a Northwest vacation, perhaps you should consider a Vancouver and Victoria, Canada trip.  Some great museums, and wonderful people there.  You could fly right past Seattle. 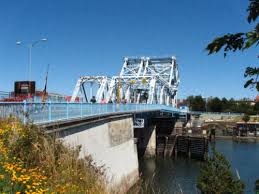 The paper doesn’t credit her by name, in the article but I would like to thank her.  Bridges are important.  Cottage Grove, Oregon had the wisdom to save their covered bridges.  I took a trip with my son their two summers ago.  We had a great time visiting all the bridges.  Half of them had been replaced, but the old structures had been saved for pedestrians.  They had honored them by making brochures to help out of town visitors find these historic bridges.

Nay, if you choose to visit Seattle, you’ll just pick up your baggage at the carousel, get on a $9 billion train, pass by a bunch of forgotten communities that the State and City have forgotten, and come to the Seattle Waterfront.  They have $300 million for a Seawall to protect tax generating waterfront businesses.  They have $2 billion dollars for a tunnel to Elitist North Skid Row.  They have billions to bridge Lake Washington to MicroSoft Land.  But money to visit Blue-Collar historic Boeing plant #1 ?  No no no.  The Little Red Barn has been moved out of South Park and paved over.

Vancouver BC is your best bet. 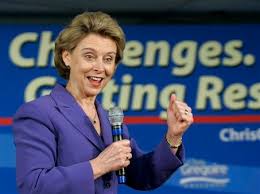