South Park Bridge: Almost half the way there

In the spirit of a good mean-spirited Republican, I am going to offer some helpful advice.  in the article, the Skid Row Gang laments “To put the contribution into perspective, the city announced $15 million in mid-year budget cuts yesterday. Those included closing 10 wading pools, laying off 13 employees and postponing the hiring of 21 police officers.”  These lay-offs are not neccesary.  Here is how you raise revenue.  The next time someone sends in an application challenging the appraisers valuation of a multi-million dollar home, Google the name.  If he has well connected clientele, turn it down.  When his tax lawyer sends in a letter demanding a reduction, or he will sue, let him sue.  Slip the name out to the PI, they can print it, and I’ll do my part to bash the hell out of him in a national blog.  This action won’t have to happen more than once.  Their is currently out there, at least $200 million in underpayments per year.  This is money owed, according to the law.  Relief from taxation should not be a privilege of the wealthy.

Now everybody agrees Police officers are necessary and good.  It would be nice if a little more of that “good” showed up in South Park more often.  If Lucky Buddha did his job more equitably, The County sheriff wouldn’t have to be pulling police out of the White Center storefront either.  It’s all a matter of kitchen table economics.  If we can do it, so can you.

There, does that help?

By the way, Jim McDermott put in for $5 million.

So thats $50 million by my count.  $5 million seems kind of cheap, considering what sacrifices South Park made during the war effort.  Let’s all send him a copy of this, and ask for $25 million.

Jim’s son Joe is running, so maybe the article should be sent to multiple congressional representatives to make it look right.  By the way, their is no reason the Armed Forces can’t kick in some dough.  It doesn’t have to be all Stimulus Money.  The Armed Forces owe South Park a lot.  This isn’t gimme gimme gimme stuff.  Money and sacrifice has flowed out of South Park.  This is just good balance sheet accounting.

side note: any bridge that is 80 years old gets a 4 rating.  The bridge needs some plumbing tape and a little love.  Their is no reason to close it down.  It is a historic military bridge 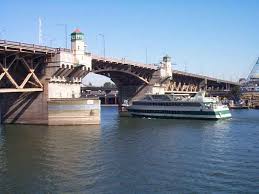 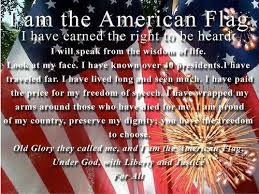 IRS Job Page Removed After Alarming Description of the Special Agent Position Got Exposed
Townhall
Ron Filipkowski lays out the Republican platform and pretty much nails it
Twitchy
REPORT: FBI 'Informant' Behind Trump Raid, Was Someone in His Orbit
Redstate
Donald Trump Punches Back With 'Witch Hunt' Videos and a Huge Announcement
PJ Media