I have concluded my series on South Park Bridge.  I have realized, that no one is interested in doing the right thing.  Respecting community, revering military roads, cleaning polluted rivers, and having honest tax policies are of interest to a limited niche.  Old debts are not repaid, old ways are not respected.  So, I have decided to start my own town.  Much like the Pilgrims, it will be founded on the idea of a moral society.  Unlike the Pilgrims, we are not going to have to scratch.  All the infrastructure is already there.

Now imagine the Pilgrims surprise, landing on Plymouth Rock, to find a Costco there.  Not only Costco, but A very large aircraft manufacturer, a billionaire yacht manufacturer, two steel plants, a plethora of small industry, a large port, A frozen sea-food warehouse… the list goes on and on.  What we don’t have are police in the neighborhood, hospitals, soon no bridges or any of the benefits modern society that government, through it’s deed based commercial enterprises provides.  No sense complaining, lets do something about it.

Here’s the essential truth.  While Seattle, King County, Tukwilla have taken what they want, and not left any of the benefits of a tax base in the community, they have left themselves wide open.  Think about it.  A democratic vote of about three thousand citizens, could co-op 20 billion dollars of industry a year.  Think about what a fine society we could build with that.  Georgetown, thats a lot of money for the Arts.   Hmmm.  That’s what I thought.

The borders of our little paradise are simple.  The Duwamish Valley.

So lets take about 20% for our little berg.  That’s 4 billion dollars.  Or about 1.5 million dollars per resident.  Now i would suggest we set aside the .5 mil part for a good team of lawyers.  We can sue City, County, State, and Federal governments to clean up their portion of the pollution they contributed to the Duwamish River.  Like King County operates, it’s a good way to collect deeds to private property.  Unlike King County, we can actually clean up the river and make a nice place.  We can add White Center and Beverly Park to our now growing town, if they choose to join us.  No forcing, a free choice.

I would suggest we build the new bridge on 7th Ave. (labeled 8th), like it was long ago.  Unlike the present, past leaders were able to make intelligent choices.  The didn’t abruptly cut of streets, or need to run freeways through residential districts.  They used arterials wisely.  Mayor Mike McGinn would like R H Thomsen.  He wasn’t a fool with taxpayer resources, he used streets wisely, and he didn’t build monuments to the wealthy.  He would never steal from the poor, to support the extravant demands of the rich.

So, in the finest traditions of Robin Hood, I suggest we steal the taxbase of Seattle and King County.  What are they going to do, businesses and warehouse can’t vote?  People can.  Cmon, it will be fun.  We can restore the old paths.  And while were suing King county and Washington State into bankruptcy, we can grant temporary mercy, by having them give up 509.  Well cut off the north end, and leave them to build their own airport.

And the perfect place to start is on Redstate.  Lots of carnivore capatalists, with a sense of morality.  No shortage of lawyers or financiers or whatever else we need to organize a town.  And lets face it, money talks.  So instead of government stealing from business to give to the poor, the poor will steal the government, legally and democratically, to give to both government, nature, and themselves.  Time to reverse the flow of wealth.  Let’s redistribute the redistribution, and provide jobs, jobs, jobs for poor and rich, skilled and unskilled and professional alike. 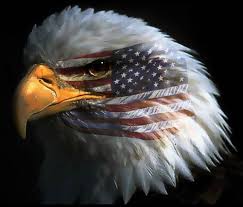