South Park Bridge: They are stealing our bridge to supplement Port property

I don’t say Port of Seattle property, because what once was gifted to the City of Seattle, for the benefit of all, has been absconded with by an irresponsible regional planning council.  When government leaders come and cry, and say there is nothing they can do, they are mostly right.  In 1978 they gave considerable power to a regional authority that leaders in four counties organized.  The culprit is Puget Sound Regional Council.

By agreement they do nothing on their own.  That’s why McGinn was so hapless when he came.  I’m a Republican, but I don’t think McGinn is a bad guy.  He just found out the hard way with other bridges, he doesn’t have that much authority.  They nibble away at freedom bit by bit.  And they are no respecters of private property.   Joel ( “Joe”) Diamond made a courageous last stand, on a little triangle of property between the bridge and the last remaining strip of Military Road.  He started this courageous battle at least four years ago.

No one would know land or property like Joel Diamond.  I’m setting out to learn more about him.  He owns Diamond Parking Lots, and others under different names.  He knew this city like nobody else.  He has bought property in small increments all over the city of Seattle, and has had to fight the City every step of the way.  The Beasts name is Eminent Domain.  This country was founded on the right to own private property, right from the beginning with George Washington.  And if George knew what this country had come to be, he would have been right next to Old Joel, shooting pistols, and firing invectives.

I wrote a short piece about King Beast County giving Joel the rubber-hose treatment.  He used every trick in the book, to fight these scum.  And Old Joel knows a lot of tricks.  Two years ago, the fight brought him to putting the crucial parcels into others hands.  But he had no intention of giving up.  He was just playing for a later battle, when he put the deed in  his lawyers hands.  He prepared for the rubber-hose treatment four years ago by changing the name of his company, which held the land.  He named it JRD King.  He knew what a bunch of communist thugs the County is.  The County being the lapdog of Puget Sound Regional Burgermeisters.  He knew there would come a day they would sit him down, and force him to sign over the deed.  He was prepared.  On the signature line he signs, Joel King.  Get it.  Honest your honor, I never meant to sign it, I was only joelking.  He was a funny, cagey guy.

Unfortunately they sent out someone with more than two brain cells.  I have no idea where they would find someone like that in Communist County government.  A few more whacks with the hose, and he is signing it Joel Diamond.

But what they didn’t catch is the insult he delivered.  He had found a lawyer in California with just the right name (old guys can Google),  the one he had put the deeds name in.  Peter J Mort.  Get it?  Looking the the limp wristed, pasty communist, that had been trying to steal his deeds for years, and there were a lot more than just these two, he B- slapped them good.  Peter Mort.  Peter being in male underpants.  Mort being not alive anymore.  He calls him dead-d..k.

Well the property has been re-zoned as RB, ‘Regional business’ property.  The County, lapdog to the ports regional, has no intention of giving it back.  And if you think this is just about a temporary right of way to demolish the bridge, forget about it.  They have been planning the destruction of this historic bridge for years.  There are liars, and there are GD liars.  And if you think the bridge deserves a rating of 4, just because it is old, I hope you will think again.

my original post on this with parcel and instrument numbers:

The Puget Sound regional Council is asking for $4 million dollars to re-imburse their thuggery.

He’s goes by Joe in the neighborhood as well. 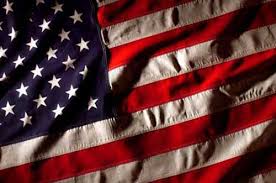