South Park Bridge: OK, we're 1/3rd of the way there

Dow Constantine has agreed to take a $40 million  bond measure to the County council.  Total amount stated to replace the bridge is $150 million, but that figure forgets that we are Seattleites.  We don’t throw away old stuff, we re-use it.   The operating part of the bridge will be saved for later reuse.  This will save $30 million.

I have made a strategic decision.  I will turn my focus onto the cities of Seattle and Tukwilla.   They can easily afford to pitch in $40 million dollars each.   Since I have focussed on the dirty deeds of county government so far, I will continue with my deed searches.  In Seattle I will focus on properties taken during and  after WW2.  I will continue my emphasis on military road, which goes through the heart of the industrial district.  Had Seattle had any commitment to truth and beauty, this wouldn’t be neccesary.   But greed has trumped Olmstead’s legacy.  Like our new President Barack Obama says, “the black stains of our past” must be acknowledged.  I believe they can be removed as well, with a little time, energy, and effort.  We could bring out some old Seattle and Washington maps, from the sealed vaults, and put things right.  Much like King county, Seattle has participated in the butchering of the Industrial district.  Which would be fine, except that they continue into the residential portions, where real people live.

Tukwilla will be analysed as well.  Aping Eisenhauer, ‘beware the City-Industrial complex’.  Seattle first though.  Say Mayor McGinn, what say we go for a bicycle ride this Saturday.  We can start at Volunteer Park, and ride down the real military road, which honored Civil and Spanish-American War veterans.  This is the road that brought them to the VA hospital.  Volunteer Park was originally a cemetery for vets as well, till it was taken for other uses.  We can head down to South Park from there, passing by all the taken properties, including the County Poor farm.  The road now goes along 16th Ave., then over the South Park Bridge.  We can turn right exiting the bridge, and I’ll show you the brick portion of the remaining road.  We’ll head down Dallas Ave., which followed an Oxbow in the river, and stop by the park benches in the triangle.  Chief Sealth would have spent time playing with his Princess Angeline and kids here.  We’ll go by the 8th Ave. bridge, which was torn out and never replaced (white man speak with forked tongue).  Then on to the old plant #1 of Boeing’s.  I’ll show you Seattle version of Cap and Trade.  Cap an eco-disaster and trade it off to a California holding company.  After that we’ll go over the 1st Ave S bridge, where 40 people a year died on it while waiting for funds for a new bridge.  Cmon, it will be fun. 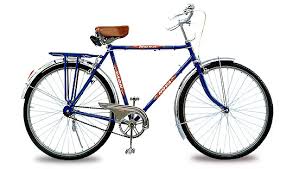