I went for a drive tonight to take a look again at three houses that stood out to me.  I work in the residential construction trade, and have spent some time also doing high-end landscaping.  I’m developed a good eye for houses and landscapes.  Something has always bothered me about South Park and Georgetown.  They have parts with very nice buildings, a proud tradition, and beautiful tree-lined  boulevards.  Other parts are hodge-podge run down small cracker boxes.  It never made sense until tonight.

They are located truly in the center of Seattle.  It should be the most expensive neighborhood.  The city hall that served for a total of four years, before being assimilated into the city is a proud brick building.  The promise was never allowed to occur.    I know now why.  The residents have held on courageously against all the powers that be, always feeling the goodness of the places, never letting go.  The story is going to take a while to write, but it deserves to be well told.  I have been a bit harsh toward Boeing, and I was wrong.  Their is no more patriotic community in the world than South Park (and Georgetown), and no more patriotic company than Boeing, or it’s founder William Boeing.

And for King County, you will want to save the bascule leaves of that bridge.  I know planning is a long process, so I want to give you a heads up.  If you throw those away, you will feel as foolish as if you had been the City of Seattle and destroyed the Pike Place Market.  It all starts with three 15’X25′ two story houses next to each other.  The exact same plan as the Carleton Market, and just south of it on the same street.

When you see the story come out, have your box of kleenex at hand before opening. 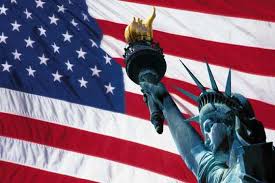